(ARKA News Agency) No countermeasures should be expected in response to Armenia’s decision to join the Customs Union, Professor of Elliott School of International Affairs Cory Welt said, as quoted by Novosti-Armenia.

After the negotiations of Armenian and Russian presidents Serzh Sargsyan and Vladimir Putin on September 3, a statement was made about Armenia’s intention to join the Russia-initiated customs union. Before, Armenia was expected to sign an association agreement with the EU. EU officials claim the two formats are incompatible.

Welt said he does not think Europe is specifically concerned over the fact Armenia, finally, prefers to remain in the framework of the Customs Union.

“Many may think it’s an incorrect choice, but this choice should be made by Armenia,” Welt said in his online interview to Novosti-Armenia. […] 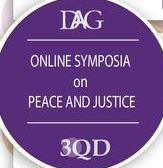