The 2013 presidential election was held in Armenia on February 18. According to the preliminary report of the Central Election Commission, incumbent president Serzh Sargsyan won with 58.6% of the vote; Raffi Hovannisian, the head of Heritage, an opposition party in parliament, came second with 36.7%, followed by Hrant Bagratyan with 2.15%.

To everyone's surprise, the February 2013 presidential election was rather significant and dramatic despite the fact that its outcome was predetermined more than six months ahead by the results of the May 6, 2012 election to Armenia’s parliament. Back then, the incumbent Republican Party of Armenia (RPA) led by Serzh Sargsyan gained the majority of seats in parliament, allowing it to form the new government coalition-free. The second largest number of seats was won by RPA’s former ally in the ruling coalition, the Prosperous Armenia Party, whose leader Gagik Tsarukyan is widely believed to be the country’s richest businessman. Between May and mid-December 2012, the pivotal question of Armenia’s domestic politics was whether Prosperous Armenia would back Sargsyan in the presidential campaign, effectively going back into coalition, or decide to stand with its own candidate against Sargsyan. Eventually, Tsarukyan announced he would do neither. Since Prosperous Armenia, with its rather well developed regional network, was the only force capable of challenging the Republican Party, Tsarukyan’s withdrawal from the presidential race on the eve of the election campaign created a political void which seemed impossible to fill on such short notice.

As a result, for the first time since Armenia’s very first presidential election in October 1991, the 2013 presidential race was virtually non-competitive, although eight (then seven) candidates registered to take part. Among Serzh Sargsyan’s rivals, only Raffi Hovannisian, the U.S.-born leader of Heritage, had sufficient political resources to claim second place, but not first. Accordingly, the incumbent president’s task was to avoid a landslide victory and somehow keep his margin down to a minimum by toning down the campaign and giving more room to the runner-up.

In the absence of a genuine competition for the presidency, no one anticipated any drama in the campaign. However, it suddenly stopped being boring and even started to look like a soap opera with a touch of political thriller when someone tried to assassinate one of the presidential candidates, Paruyr Hayrikyan. An anti-Soviet dissident who served 18 years in Soviet prisons, Hayrikyan was shot at close range just before midnight on January 31; by sheer luck, the bullet missed all vital organs and Hayrikyan’s life was out of danger. Since, according to pre-election surveys, Hayrikyan could only aspire to come 3rd or 4th in the polls at best, it is hard to imagine how any of Armenia’s major political forces would have benefited from his death or incapacitation. External involvement was not considered a meaningful option either. Nor was the attempt in the interest of the incumbent authorities, whose main goal was to get through the election as soon and as smoothly as possible. Hayrikyan was hospitalized and underwent surgery; the constitution gave him the right to insist on a two-week postponement of the elections, although one could argue that this would not necessarily have been in the interests of his campaign. It took Hayrikyan a long time to make up his mind. He announced his intention to postpone the election twice but changed his mind both times, keeping himself in the media limelight. The second time, he even applied for a postponement to the Constitutional Court but withdrew his application the next day.

Meanwhile, the soap opera evolved from political thriller to sitcom when, several days after the shooting, the security service arrested two suspects who confessed right away to carrying out the attempt to assassinate Hayrikyan. They also turned out to be neighbors of yet another, even more obscure, presidential candidate, Vardan Sedrakyan, a newcomer to politics who described his professional background as an “expert on epics.” In summer 2012, Sedrakyan reportedly hired those same two men to do renovation work in his Yerevan apartment. The public and media began asking questions about Sedrakyan’s possible involvement in, and motive for, the attempt on Hayrikyan’s life; however, the official investigation was reluctant to release information prior to voting day. Whipping up suspense, Sedrakyan gave a precautionary press conference a week before the election; in it, he announced that shortly after election day, sometime on February 22 or 23, he was going to be arrested and charged not only with plotting to murder Hayrikyan but also with being a co-conspirator in other dramatic political incidents including the October 27, 1999 deadly shooting in the Armenian parliament.

These theatrical developments somehow overshadowed the actual course of the political competition without making the result any less predictable. One thing is quite clear: regardless of its political outcome, Armenia’s 2013 presidential race will be remembered as one of the most dramatic in its history. 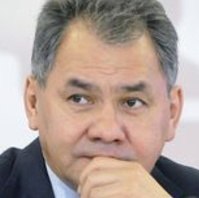