(World Politics Review) On Oct. 27, voters in Georgia picked Giorgi Margvelashvili to replace outgoing President Mikheil Saakashvili, affirming the prominence of the Georgian Dream party, which ousted Saakashvili’s United National Movement in parliamentary elections last year. In an email interview, Cory Welt, associate director of the Institute for European, Russian and Eurasian Studies at the George Washington University and an adjunct fellow at the Center for American Progress, discussed the ramifications of the vote for Georgia’s democracy

WPR: What does the successful presidential vote, in addition to last year’s parliamentary transfer of power, indicate about the strength of Georgian democracy?

Cory Welt: This election caps a string of increasingly democratic elections in Georgia. If we focus in on electoral institutions as the main indicator of democratic strength, then Georgia already resembles many Eastern European democracies more than it does many of its post-Soviet neighbors. But elections aren’t everything. Georgia has had other more fragile democratic gains—including media freedoms, civil liberties and restrictions on the use of state resources to influence the popular vote—which still can be overturned. Georgia also hasn’t yet developed a stable multiparty system, in which opposition parties help constrain the power of ruling parties. Finally, Georgia is only now embarking on the development of an independent and professional judiciary not under the sway of the political leadership. Georgia’s democratic accomplishments are real and stand a chance of persevering, but they should not be taken for granted. […] 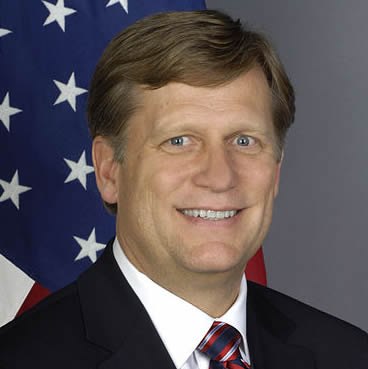