(PONARS Policy Memo) Since the first days of Armenia’s independence, one of its top foreign policy priorities has been the European dimension. At the same time, Russia has always held a large role in South Caucasus politics, especially in Armenia, affecting Yerevan’s relations with Brussels. Once the Ukraine conflict erupted and Russia-West relations dramatically worsened, Armenia’s cooperation with Europe stalled. However, as has often been the case, relations quietly resumed. This past March, Yerevan and Brussels initialed an enhanced partnership agreement, and in April the EU stated that Armenia’s parliamentary elections were “well administered” and that it looked forward to “strengthening bilateral political dialogue.”

The fact that Armenia is part of the Eurasian Economic Union (EEU) and the Collective Security Treaty Organization (CSTO) rather surprisingly serves to assist the Yerevan-EU interconnection. It allows for a type of stability through which the two can explore and follow enhanced interactions. Yerevan policymakers see the EU as the partner most able to improve the country’s economic and institutional development. At the same time, there is an acceptance that Russia remains the key security ally, though some dissatisfaction with Moscow has recently emerged among Armenia’s political elite and society. This stems from Russia’s ongoing selling of modern armaments to Azerbaijan, bouts of recent Russian-Turkish reconciliation, and the Russian economic downturn that hampers EEU economic benefits.

Armenia’s failure in 2013 to sign an Association Agreement and Deep and Comprehensive Free Trade Area (AA/DCFTA) with the EU was one of the first repercussions of increasing tensions between Moscow and Brussels over Ukraine. That September, following his meeting with Russian President Vladimir Putin in Moscow, Armenian President Serzh Sargsyan unexpectedly announced that Armenia would join the Russia-led Customs Union (which became the EEU). Thus, Armenian-European relations entered a state of stagnation.

However, after a period of uncertainty, both Yerevan and Brussels resumed dialogue. They held bilateral negotiations about the fulfillment of obligations that were agreed upon prior to the abandonment of the AA/DCFTA. In January 2014, when the Euromaidan was intensifying, the Armenia-EU Visa Facilitation and Readmission Agreements came into effect, followed by the Protocol to the Partnership and Cooperation Agreement. The latter provides a basis for enhancing sectoral cooperation between Armenia and the EU, fostering Armenian participation in a broad range of EU programs, allowing for cooperation with EU agencies in areas such as culture, education, environment, aviation, medicine, and science.

After Armenia became a full-fledged member of the EEU in January 2015, the framework, opportunities, and limitations of Armenian-EU relations received some clarity, and the two were able to further institutionalize trade and economic processes with a long-term perspective. Armenia continues to have the EU as one of its main trade partners. Gains from either the AA/DCFTA or the EEU are difficult to demonstrate. The example of Georgia is illustrative when a year after its 2014 AA/DCFTA came into force, a survey by USAID found that “90 percent of Georgian companies (and 70 percent of exporters) said they had not used the DCFTA.” On the flip side, after Tbilisi signed the DCFTA, the volume of European investments into the Georgian economy dramatically increased. For Armenia, the lack of foreign investments remains one of its main economic problems.

The new Comprehensive and Enhanced Partnership Agreement (CEPA) now replaces the outdated 1999 EU-Armenia Partnership and Cooperation Agreement (PCA). CEPA can be seen as a “lite” version of the AA/DCFTA; the main substantial difference is that the former provides Armenia “generalised tariff preferences” (GSP+) with the EU while the latter would have a provision about Armenia’s accession to the EU free-trade zone. The bilateral negotiations for CEPA were concluded in February 2017, the documents were initialed in March 2017, and the signing is expected take place at the next EU Eastern Partnership summit in Brussels in November 2017. The CEPA framework creates a productive basis for steps regarding greater mobility between Armenia and the EU. In November 2016, the Council of the EU mentioned that it “looks forward to consideration in due course of the possible opening of a visa dialogue with Armenia.” Further steps on this would probably take place during the upcoming Brussels summit on November 24, 2017.

The international acceptability of the Armenian parliamentary elections on April 2 also provided for the effective continuation of Armenian-EU relations. It should be noted that for the first time in the history of post-Soviet Armenia, there were no so-called “post-electoral processes.” Practically all political parties recognized the results. Only the Armenian National Congress, which did not pass the electoral threshold, lodged a complaint with the Constitutional Court of Armenia. According to an EU statement, during the elections “fundamental freedoms were generally respected.” The statement goes on to say that the EU looks “forward to working with the democratically elected new Parliament and Government to strengthen our political dialogue and continue our support to economic and social reform including on the basis of the recently initialed EU–Armenia CEPA and within the larger framework of revised European Neighborhood Policy and the Eastern Partnership.”

Of course, Armenia also faces challenges linked to geopolitical restrictions based on Russia-EU relations. In this context, it is crucial for the country to remain prudent in its relations with both Moscow and Brussels and to avoid sensitive foreign and security policy issues. For Armenia, Russia remains the main security provider, a role that the EU is not ready to play in the region (as seen by the Ukraine situation). This division of labor allows Yerevan to play well between Moscow and Brussels, avoiding any direct confrontation. At the same time, in light of the intensification of Russia-West tensions, some circles in Armenia perceive possible Russian threats to Armenia’s sovereignty.

The only security-oriented role that the EU could play in this sense in the region would be to help the OSCE Minsk group efforts trying to resolve the Nagorno-Karabakh conflict. A policy of “engagement without recognition” from Brussels would help the population of the non-recognized Nagorno-Karabakh Republic break out of its detrimental isolation.

All in all, though one might think that the EU’s crises of late—institutional, refugee, migration, Brexit—appear to be a drawback for engagements between post-Soviet states and Brussels, in the case of Armenia, the EU’s bureaucratic inertia provides some benefits. It allows Yerevan and Brussels to go into standby mode, as happened during the Ukraine conflict.

The Current Stage of Armenian-Russian Relations

The Russian-Armenian relationship is not free of tensions and issues. Undoubtedly, key elements of Armenia’s defense and security policy are its military cooperation with Russia and its membership in the Collective Security Treaty Organization (CSTO). However, current military relations are considered to be problematic. Large-scale transfers of modern Russian weapons to Azerbaijan ($4-5 billion worth since 2008) have had an impact on the Armenian public and elite perceptions of Russia. Moscow tried to contribute to a military balance by making preferential arms transfers to Armenia, but Yerevan remain suspicious of Russia’s growing military ties with Baku.

The escalation in Nagorno-Karabakh in April 2016 brought these concerns into focus more so than ever before. During the clashes, Azerbaijan used various types of modern weapons that it had recently received from Russia. Formally, Russia does not have military obligations to Armenia in the case of military actions in Nagorno-Karabakh; Russia’s and the CSTO’s security guarantees only apply to the territory of the Republic of Armenia, not to the non-recognized Nagorno-Karabakh Republic. Nonetheless, the wider perception in Armenia was that Russia did not deliver tangible military and political assistance during a time of warfare. The April hostilities stopped after four days through the mediation of Moscow and therefore Russia’s readiness to provide direct support to Armenia was not fully tested. Still, the rounds of escalation resulted in a deepening of Armenian mistrust toward Moscow. According to a survey by the Eurasian Development Bank, the “friendliness index” of Armenians toward Russia decreased from 86 percent in 2015 to 69 percent in 2016, a 17 percent drop.

Moscow has tried to mitigate any negative Armenian perceptions by increasing arms supplies to Yerevan. In September 2016, during the military parade in Yerevan, the Armenian authorities revealed several new types of modern Russian arms, including the 9K58 “Smerch” MLRS, “Buk-M1-2” SAM, “Avtobaza” radar jamming system, and “Infauna” electronic warfare system. These were prescribed in the framework of a Russian-Armenian soft loan package worth $200 million. Perhaps most importantly, Armenia recently demonstrated the 9K720 “Iskander-E” short-range ballistic missile, which were delivered at the end of 2015 and Armenia was the first country in the world to import them from Russia. It can be assumed that this weapon, to a large extent, deterred Azerbaijan from turning the April skirmishes into a full-scale war. The Azerbaijani leadership was aware that Armenia possessed “Iskanders-Es,’’ which can eliminate command and energy infrastructure in Azerbaijan. However, only during the Independence Day parade held on September 21, 2016, were the “Iskander-Es” publicly demonstrated.

There is another aspect that degrades Armenian public perceptions of Russia: the recent rounds of Russia-Turkey reconciliation. These serve to rekindle Armenian fears stemming from historic events, specifically the 1920 carve-up of Armenia by the Russian Bolsheviks and the Turkish Kemalists. Armenians are wary that any deal between Ankara and Moscow could come at their expense.

Apart from the military and political sphere, Armenian-Russian cooperation also faces challenges in the economic domain. Armenia’s accession to the EEU has not yet brought about significant positive economic changes. This is due to the economic crisis in Russia (partially linked to Western sanctions) and the institutional weakness of the EEU itself. Thus, the volume of direct investments from Russia to Armenia has been decreasing and Yerevan has not yet seriously benefited from its membership in EEU. This gives fodder to those seeking enhanced economic relations with Europe.[1]

Moscow’s perception of Armenia is still dominated by Nagorno-Karabakh stratagems and the generally complicated regional geopolitical, military-strategic, and economic context. The Kremlin essentially feels that Armenia does not have an alternative to their special relationships. Assuredly, this arrangement will continue until Yerevan no longer needs Russia’s security guarantees, cheap arms, and energy resources. Moscow in turn benefits from having a strategic partner in the Caucasus region to secure its military and political presence in the face of a reluctant Georgia and a hesitant Azerbaijan.

Russia remains an important security partner for Armenia and possesses significant levers of influence on its foreign policies, including Yerevan’s cooperation with the EU. Armenia continues to avoid becoming a center of geopolitical confrontation between the West and Russia (as happened to Georgia and Ukraine) and tries to remain the only EU Eastern Partnership member, apart from Belarus, to maintain full control of its territory. What Yerevan seeks from Brussels is a stable, methodical, transparent, mostly economic framework for cooperation. The EU is able to most effectively enhance Armenia’s economic and institutional development, provide foreign investment and economic development, and contribute to democratization and rule of law. The EU’s capacity to provide these benefits are gaining favor among both the Armenian elites and society, and this could visibly affect the country’s foreign policy priorities in the near future.

Sergey Minasyan is Deputy Director and Head of Political Studies at the Caucasus Institute, Armenia. 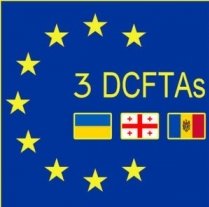 Eastern Borderlands as Europe-Makers: (How) Can neighbours redefine the EU? 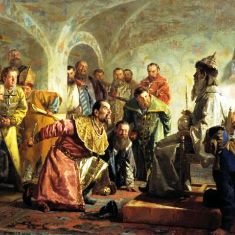