At the time of this writing there is no indication of any major change in America's Caspian policy under the Bush administration. On the contrary, a conservative policy agenda will likely be pursued, and major overtures avoided (with the possible exception of lifting sanctions against Iran). Thus, it appears likely that the Caspian region will remain a distinctly secondary concern for American policymakers, one whose significance is determined largely by the role of the two strategically important regional actors (Russia and Iran), as well as by prevailing perceptions of national energy security. While it is possible to detect shifts in nuance, a close reading of statements made by figures within or near to the new administration suggests that the key goals of US policy will remain essentially intact: 1) energy diversification; 2) increasing economic opportunities for US firms; 3) containing Russian and Iranian influence; and 4) promoting the independence, democracy, and development of the Newly Independent States (NIS). The following comments will focus briefly on each of these goals. […] 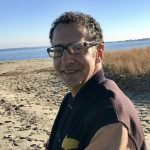 Alexander Solzhenitsyn as a Mirror of the Russian Counter-Revolution

U.S.-Russia Cooperation on Afghanistan: An Exception or a Model?