MORGANTOWN, W.Va. — A political scientist at West Virginia University is researching the vulnerability of states that border a hostile, larger power and how that proximity affects the ability of those countries to provide basic services to their people.

In this case, that power is Russia.

Erik Herron, the Eberly Family Professor of Political Science and his collaborators, Cynthia Buckley (University of Illinois) and Ralph Clem, have been awarded a Minerva Research Initiative award, totaling $1.1 million, to better predict how hostile powers might interfere with their neighbors.

The Minerva Research Initiative, managed by the U.S. Department of Defense, funds social science research aimed at improving basic understanding of the social, cultural, behavioral and political forces that shape regions of the world that are of strategic importance to the U.S.

By studying Estonia, Georgia and Ukraine, Herron is looking for evidence of Russian interference that may have had an effect on how these countries provided civilian services related to health, education and elections.

“What we’ve focused on in our preliminary work is physical infrastructure damage to hospitals in Donbas, Ukraine. Donbas is an eastern region that is in a state of ongoing war,” Herron said. “What was surprising to us when we first started this project was that there wasn’t a good accounting of the damage to healthcare facilities, and we found that the level of damage was understated.”

So far, Herron and his colleagues have collected open-source data from Ukrainian and Russian language media as well as international and domestic organizations to find reports of attacks on hospitals. […] 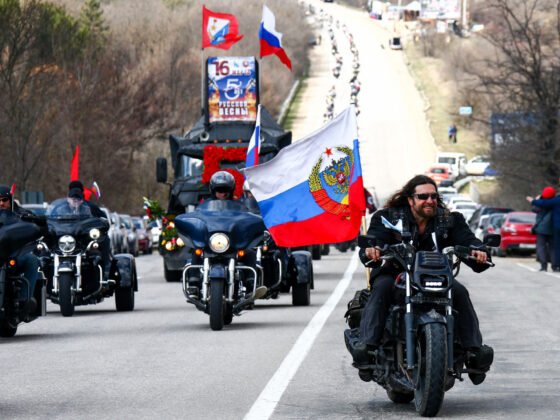 Fifth Anniversary of the Land Grab That Cost Russia Its Future

Is the Risk of Ethnic Conflict Growing in Ukraine?