June 2013 marked the 10th anniversary of a crucial EU-Russia agreement. At the 2003 EU-Russia summit in St. Petersburg, both parties agreed to gradually proceed toward the establishment of “common spaces” in economics, justice, home affairs, external security, culture, education, and research. At face value, the assumption that all fundamental aspects of European and Russian life would come to be regulated by a set of similar rules was nothing less than a promise of total de facto integration.

Today’s reality differs drastically from such a vision. In most respects, the European Union and Russia are not converging but drifting apart. Although the notion of an EU-Russia “strategic partnership” is still in use and summits are routinely held, it is difficult to see any results of the decade-long “progression” toward common spaces. Multiyear negotiations on a new “framework agreement” have stagnated. The Kremlin says it no longer even perceives Europe as a model, making the notion that Russia should harmonize its norms with those of the EU seem absurd.

In this context, a complete overhaul of current EU policy toward Russia is unlikely, but there will be change. The EU will continue to deal with Russia on an ad hoc basis and will not return to a comprehensive value-based policy. But the pragmatic understanding that the interests of the EU and Russia often differ, and will continue to do so, will likely result in a number of tougher policies to protect the interests of Europe, if need be at Russia’s expense. […] 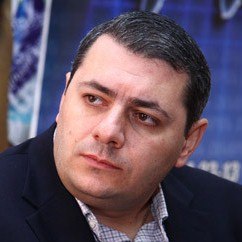