Assertions by the Russian military that all of their nuclear weapons are secure against theft and that nuclear units within the military are somehow insulated from the problems plaguing the Russian military should not be accepted uncritically. Accordingly, we should not give unwarranted credence to the pronouncements of military figures like Col.-Gen. Igor Valynkin, Chief of the Defense Ministry's 12th Main Directorate, which oversees the country's nuclear arsenal. He contends that "Russian nuclear weapons are under reliable supervision" and that "talk about the unreliability of our control over nuclear weapons…has only one pragmatic goal–to convince international society that the country is incapable of maintaining nuclear safety and to introduce international oversight over those weapons, as it is done, for example, in Iraq." While the comparison to Iraq is preposterous, many analysts might agree with Valynkin's sanguine appraisal of the security of Russia's nuclear weapons. In contrast, I argue that the numerous difficulties confronting the military as a whole should cause concern in the West over the security of the Russian nuclear arsenal. […] 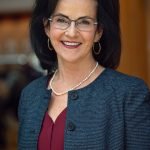