(FP) (Co-authored with Carl Bildt) There’s plenty Europe should do to push back against Russia’s latest attack on Ukraine. “Crimea, Ukraine, Moldova.” In late August 2008, with Russian troops in control of large chunks of Georgia, French Foreign Minister Bernard Kouchner voiced his fears about Russia’s next targets. Russian Foreign Minister Sergei Lavrov responded by accusing his counterpart of having a “sick imagination.” In retrospect, Kouchner’s imagination might have not been sick enough.

On Sunday, Russian gunboats opened fire on a Ukrainian naval convoy and rammed a tugboat before seizing it and two Ukrainian gunboats. They had been traveling from the Ukrainian port of Odessa, on the Black Sea, to the Ukrainian port of Mariupol on the Sea of Azov. The Ukrainian vessels were trying to pass through the Kerch Strait that separates Russian-controlled Crimea from Russia. This marked a new phase in an emerging third—maritime—front between Ukraine and Russia, one likely to keep Europe busy for years to come. […] 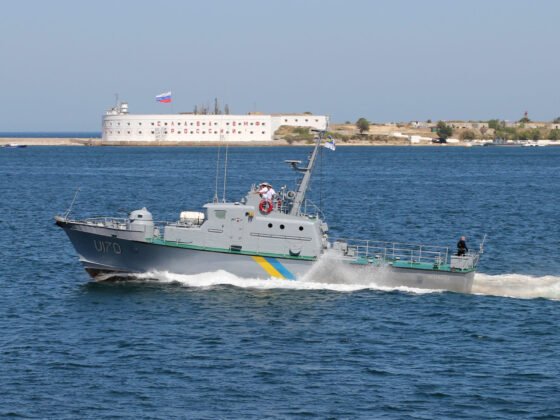 Russia and Ukraine had a short naval battle. Here’s what you need to know

Russia’s Truckers and the Path from Economic to Political Protest