In Russia, conspiracy theories involving clandestine and sinister external actors are widespread.[1] Many of these theories are geopolitical in nature, involving antagonism toward Russia because of its vast territory and natural resources. Other theories are underpinned by Russia’s differing Orthodox civilization. To a large extent, these theories replace the concept of “international class struggle,” which was once a Soviet mainstay justifying the inevitable confrontation between the Soviet Union and the West. Alarmingly, many of these new theories have permeated Russia’s education space, where they are intended not only to shape knowledge but to secure the political loyalty of Russia’s youth.[2]

In this memo, I analyze this phenomenon by examining textbooks on “geopolitics” used in Russian universities. Using the Russian State Library online catalogue, I identified 86 such textbooks written by 61 authors, then reduced the list to works by 44 of them. I analyzed the books’ educational context, assessed the prevalence of conspiracy theories within them, and categorized the most prominent. I found that approximately half the authors of these textbooks resort to conspiracy theorizing.

Most geopolitical textbooks that include conspiracy theories portray the United States as the primary conspirator against Russia and, accordingly, as a threat to Russia’s existence, independence, and territorial integrity. Other conspirators cited include China, Germany, and Japan, as well as certain “alliances” of states in international organizations and the Muslim world. Beyond risks to Russia’s territorial integrity, some theories outline support for ethnic and/or religious separatist movements in and around Russia. Since the mid-2000s, many textbooks have also denunciated a supposed “fifth column” inside Russia.

Geopolitics and geopolitical theories were present in Soviet society and education. However, geopolitical concepts were considered “bourgeois” or “reactionary” and heavily criticized. After the disintegration of the Soviet Union, geopolitical studies quickly gained acceptance. In 1993, academic works employing the term “geopolitics” started to appear, and the subject was also included within Russia’s federal higher education standards for the social sciences and humanities.[3]

Over the next decade, the concept spread into many fields. Students specializing in political science, international relations, and area studies were offered courses dedicated to geopolitics, while students of other programs had obligatory courses in history and political science that touched on issues relating to Russia’s geopolitical interests.

In the latest round of educational standards (from 2009), geopolitics and geopolitical topics formally ceased to be obligatory for most fields of university study (except political science), but many professors teach them nonetheless. As before, most students discuss geopolitical topics via political science and history courses regardless of their course of study, while students with majors like international relations and political science take specific courses devoted to geopolitics. Geopolitics is also included in the curricula of many military academies, where dwelling on conspiracy theories is quite common. Many universities, including Moscow State University, house departments with the words “geopolitics” or “geopolitical” in their names.

University textbooks specifically devoted to geopolitics began to appear in 1997. According to data from the Russian State Library’s electronic catalog, approximately two or three textbooks on the subject were published every year over the next decade. Since 2009, that figure has risen to an average of between six and nine per year, with the overall number approaching one hundred. Some of these textbooks are easily accessible online, and at least some of them are available in every major city and university library across Russia.

When it comes to conspiracy theorizing, there are two dominant trends in Russian geopolitical studies. While a number of textbooks strongly rely on conspiracy theories, others firmly dismiss them, treating such notions with disdain. Some more moderate trends can also be observed: some authors vaguely and obliquely hint at conspiracies while other authors seem to favor certain conspiracies but refute others.

Geopolitical textbooks that contain conspiracy theories are not necessarily more influential than other textbooks, but they include very popular texts, including those by Alexander Dugin,[4] Nikolai Nartov,[5] and Marina Vassilenko.[6] That said, textbooks that do not focus on conspiracies, especially those by Kamaluddin Gajiev[7] and Vladimir Kolossov and Nikolai Mironenko,[8] appear to be no less popular among university instructors.

We should take into account that some conspiracy-minded authors are not fastidious or independent in their judgments—some merely cite other authors’ ideas without attempting to provide any critical analysis. I would say at least 11 authors simply plagiarize the work of others. In fact, plagiarism could be one of the most significant ways conspiracy theories are disseminated across Russian academia (plagiarism is widespread across all fields of Russian academia). Many papers—often plagiarized to begin with—are readily available online for others to re-plagarize. The temptation to plagiarize is great for unscrupulous academics. Publishing a textbook is an important step in a teacher’s career. Teachers also have demanding workloads, and many authors in the provinces have poor access to diverse research literature.

In total, I identified 94 cases of conspiracy theorizing in the set of textbooks I reviewed. Seven specific countries were mentioned that allegedly conspire against Russia: the United States, China, Germany, Japan, Finland, Saudi Arabia, and North Korea (although only one author mentioned the last three). Other malicious actors include international groupings like the Group of Seven, the Trilateral Commission, and the Club of Rome. Informal alliances are also mentioned, such as the West, Atlanticists, and the Muslim world. In some cases, textbooks did not explicitly name conspirators but typically implied that the United States was the leading culprit, either operating alone or with its Western allies. Although anti-Semitic conspiracy theories are popular in Russia, no textbook advocated them or even referred to them (the authorities would likely block such texts from publication).

In more than three-fourths of the cases, textbooks that utilize conspiracy theories explicitly or implicitly name the United States as the chief conspirator. The most popular anti-American theories hold that the United States poses an existential threat to Russia and blame it for the collapse of the USSR, for trying to make post-Soviet Russia disintegrate, and/or for trying to gain control over Russia’s natural resources and economy. One method this “chief conspirator” uses is support for internal separatism in places like the North Caucasus, other Muslim-dominated Russian provinces, and Kaliningrad. Some theories say that the United States is supporting an anti-Russian “fifth column”—liberal, pro-Western politicians and experts who lobby in favor of U.S. interests against Russia.[9] Other theories refer to U.S. efforts to organize color revolutions in the post-Soviet space by promoting civic activist networks (which are often portrayed as autonomous and decentralized while at the same time obedient to their U.S. coordinating centers[10]). Additional methods include promoting “managed instability” in various regions, conducting information warfare against Russia, promoting Western values in order to “corrupt” Russian citizens, encouraging drug trafficking into Russia from Afghanistan, and encircling Russia with Western allies.

In two cases, authors cite fake U.S. documents that were widely circulated by Russian nationalist newspapers in the 1990s.[11] The first of these, the “Dulles Plan,” purportedly aimed to undermine the moral values of the USSR by secretly promoting various vices with the help of Russia’s fifth column (allegedly, this plan continues to this day). The second document was a fabricated report from a 1995 meeting of the U.S. Joint Chiefs of Staff where Bill Clinton allegedly reported on the success of U.S. efforts to destroy the USSR, while declaring the destruction of Russia to be the primary task of the United States over the next decade.[12]

Other theories hold that non-U.S. conspirators intend to annex various Russian territories, such as Kaliningrad (Germany), the disputed Kuril Islands (Japan[13]), and lands in Siberia and the Far East (China and North Korea). In pursuit of their aims, these conspirators employ different methods: China and North Korea prefer demographic expansion,[14] while Germany and Japan resort primarily to increasing economic and cultural influence in the target regions (while also supporting Russia’s fifth column). Some conspirators allegedly support separatist movements based on ethnic and religious solidarity, such as Finnish support for the Finno-Ugric peoples and Saudi support for radical Islamist movements inside Russia.

Finally, some textbooks mention international organizations and informal unions as suspicious plotters (usually controlled by the United States and its allies). One textbook ”revealed” a sinister biopolitical plan, advocated by a seemingly neutral international organization, the Club of Rome, that recommended reducing the Russian population to 50 million by 2010. It was implied that this recommendation reflected the intentions of certain Western enemies, which the textbook failed to name.[15] The author of another textbook wrote that the Trilateral Commission still controls presidential elections worldwide and that candidates for top positions are pre-approved by the U.S. National Security Agency.[16]

Russian educational authorities tend to consider geopolitics (and Russian geopolitical interests) as a genuine academic subject that most university students ought to learn. At the same time, the studying and teaching of geopolitics often tends to link up to conspiracy theories about external enemies, among which the United States is “conspirator no. 1.” Of late, geopolitical conspiracies have become a mainstream trend in official political rhetoric, with a range of theories promoted by influential anti-Westernists as an element of post-Soviet Russia’s “new” ideology that needs to be taught to Russian youth.

The number of geopolitical textbooks that mention conspiracy theories is matched in quantity and influence by textbooks that reject such theorizing. Many authors claim that their lack of scientific method and reason positions these theories in the non-academic realm. Textbooks from both these categories can be found in libraries throughout Russia (or as illicit copies on the Internet). Both types of texts are widely used by teachers and students, with ongoing issues of plagiarism creating an ever-deeper muddle of theory mixed with fact.

The result can go both ways: in the hands of Russian students and teachers, geopolitical textbooks could seriously contribute to reinforcing conspiracy-minded worldviews or they can challenge and weaken them. Unfortunately, if the current ideological trends in Russian politics persist, we can expect that this balance will tilt, inasmuch as anti-Western conspiracy-minded textbooks will see increased “official” support (and funding) while textbooks that reject conspiracy theories will encounter obstacles on the path to publication and distribution.

[1] See the author’s PONARS Eurasia Policy Memo No. 192, “The ‘Hidden Hand’ of External Enemies: The Use of Conspiracy Theories by Putin’s Regime,” 2012.

[4] See, for example, Aleksandr Dugin, Geopolitika Rossii (Moscow: Gaudeamus, 2012). It should be noted that other works by Dugin, more frequently cited in curricula, are not officially approved textbooks for university students.

[9] In a textbook by Dugin that is officially approved by Moscow State University, a number of anti-Russianists were explicitly mentioned in the section titled “Atlanticist Network of Influence in Putin’s Russia,” among them: Sergei Ivanov, Sergei Lavrov, Vladislav Surkov, Sergei Karaganov, Viacheslav Nikonov, and Anatoly Torkunov, as well as known systemic liberals and oppositionists. See Dugin, 380-383. 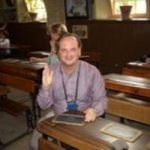 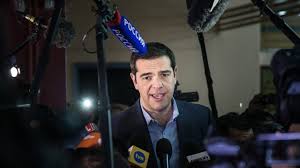 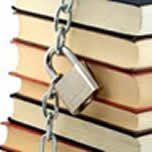