(RAND Research Report) Over 30 years after the end of the Cold War, military tensions have returned to Europe. Both the North Atlantic Treaty Organization (NATO) and Russia are boosting their deployments in close proximity to one another and in multiple domains. At the same time, a host of new or dramatically improved conventional capabilities have been fielded, introducing a significant level of uncertainty into the security environment. Meanwhile, political and military-to-military relations are at a post–Cold War low, with communication as the exception, not the norm, and the structure of interaction created by arms control and confidence and security-building measures almost entirely collapsed.

Through a combination of interviews, workshops, and structured analysis on the causes of potential conflict, the authors of this report outline new conventional arms control (CAC) measures to lower the risk of conflict in Europe. Although it once served as a cornerstone of European security, the current regional CAC regime is outdated and largely irrelevant to today’s challenges. Rather than starting with the existing agreements, the authors begin with an investigation of the catalysts of possible conflict and build arms control policy options on that basis. How might specific changes in behavior, posture, presence, technology, or capabilities — and varying perceptions thereof — drive conflict? What capabilities or combination of capabilities are destabilizing, and why? And what CAC measures could be used to address these risks? The authors use the answers to these questions to suggest a menu of options for a new CAC regime that could address the regional security challenges of the 21st century. […] 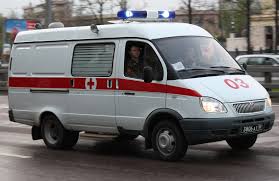 A battle for transportation routes in the Russian neighborhood: Is there a place for small states?