If there is no room for dialogue between political opponents in Russia, perhaps they can communicate in a more convenient environment—Europe. Along with the Germany–Russia dialogue at a recent conference in Berlin (“Autumn Russian–German Encounters”) there was healthy space for debate between Russians themselves. The moderator made sure to give the floor to Russian who participated in the protest movements and also to those seeking to explain the logic of the Kremlin’s discourse.

To rile the crowd, Ilya Ponomariov of the “Just Russia” party rhetorically asked the German audience: “Shall I tell you where people like Igor Sechin keep their money? Why here, in Europe.” Tatiana Romanova, a reputed journalist and the founder of the “Imprisoned Russia” movement, added that the regime in Russia will sooner or later change, and that indeed places like Germany need to be prepared for inquiries about the bank accounts of Russia’s elite.

Svetlana Makovetskaya, head of the “Grani” NGO in Perm, fiercely lambasted the Kremlin’s openly restrictive policy toward civil society organizations, saying: “Something is wrong with those people who think that foreign-funded NGOs are a danger for the Russian statehood, while foreign-funded religious organizations – exempted from the new legislation on “foreign agents” – are not. Something is wrong with those who deem that project sponsors necessarily pre-determine and presage their effects – this could have been possible only in completely hierarchical structures effaced by globalization. The Kremlin’s mentality is too mechanical and too Soviet-style.”

Where are the voices of those former government “liberals” like Sergey Kirienko or Anatoly Chubais, who a decade ago talked so much about project-thinking, cross—border networking, policy transfers, and other such “suddenly” forgotten matters. This view was fully supported by political geographer Dmitry Oreshkin of the Moscow “Merkator Group” who suggested that it is close to impossible to “buy” professional analysts that have a high reputation. It is equally impossible, he said, to expect that those who you employ will tell you the truth. Then he sarcastically gave a piece of advice to the Kremlin: the biggest problem for the regime is not NGOs but a more “liquid” and omnipresent milieu: social networks. By looking for “foreign agents” in the non-commercial sector, the Kremlin discredits itself and only deepens the already existing split within society.

In other words, the Kremlin will not be able to win its game that it is playing with its own population.

A drastically different interpretation was presented by Olga Kryshtanovskaya, a sociologist who recently left the Kremlin’s “United Russia” party, though she still is an adviser to the presidential administration. Kryshtanovskaya didn’t hide the fact that she came to Berlin to articulate the kremlin’s logic. Her spiel started with a path-dependency explanation of centuries-long authoritarianism in Russia, an old argument by those resisting changes and longing for proverbial “stability.”

Then she claimed that Putin does have enemies whom he deprived of their property, including, for example, the Luzhkov group. In this interpretation, it is these people who rock the boat and launch information wars against the regime (being in Europe, Kryshtanovskaya didn’t dare claim that such tactics are sponsored abroad).

The people around Putin, Kryshtanovskaya continued, require him to be tough. In her view, this is what power is about – each side applies those instruments that it finds appropriate. If this pro-Kremlin sociologist is right, then so are those who expect mass repressions.

This exchange of views made clear that the opposition and the Kremlin disagree on all key political concepts. In Kryshtanovskaya’s view, the opposition fights for power. But is power the key incentive for hundreds of thousands Russian street protestors? Should each attempt to criticize something and demand justice be marked as an explicitly political move? Do peaceful protestors, as Kryshtanovskaya claimed, cross “a red line” that justifies the force and suppression?

By essentially saying that NGOs can live calmly unless they enter into the political field, we see the unmasked appeal for the total depoliticization of Russian society.

At one point, the opposition speakers were unexpectedly besieged by a group of young Russians from “Sut Vremeni” (“Essence of Time”) movement. Led by their vociferous nationalist, Sergey Kurginian. Their tactic was to sabotage the debate by asking intentionally lengthy and inappropriate questions in order to deviate the discussion from its core themes. For example, they tried to question the importance of the opposition on the grounds of its numerical minority. According to their spiel, more than 80 percent of Russians are in favor of restoring the Soviet system. Their various claims were weird and misleading.

The good news is that Russian are practicing free speech, at least abroad, and that even people close to the Kremlin, like Kryshtanovskaya, understand that the regime cannot keep giving guarantees to its loyalists. 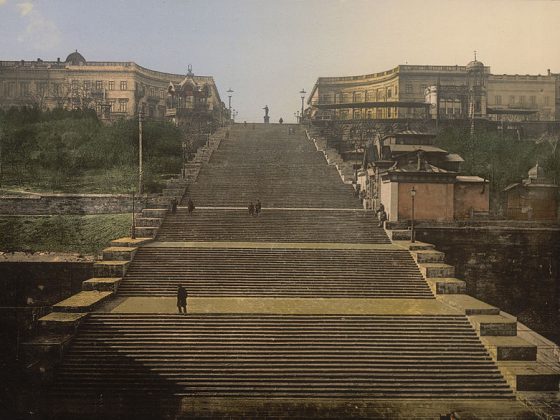