Just months apart, the implosions of Ukraine and Iraq have alarmed many policymakers, journalists, and international affairs experts who worry that the modern state and its borders are on the cusp of a very dangerous transformation. On the eve of Russia’s annexation of Crimea, The Economist wrote, “Europe’s borderlands look more like a ring of fire.”[1] Appearing before the House Foreign Affairs Committee soon after Crimea joined Russia, U.S. Secretary of State John Kerry declared, “We have a vital national security interest in upholding international law and upholding norms for international behavior and not allowing somebody at the point of a gun to reverse settled lines of nations.”

Later in the summer of 2014, extremists from the Islamic State rolled across Syria’s eastern border, easily capturing major Iraqi provinces and cities like Mosul and coming one step closer to their professed goal of establishing an Islamist state from the Mediterranean to Mesopotamia. “This is not the first border we will break,” declared an Islamic State fighter, “we will break other borders.”[2] “It suddenly appears those century-old borders, and the Middle Eastern states they defined,” wrote The Wall Street Journal, “are being stretched and possibly erased.”[3]

Such predictions are not new. In the 1990s after the dissolution of the Soviet Union and the violent disintegration of Yugoslavia, warnings abounded that the world was in store for more state collapse and border redrawing. Dire forecasts were made about Turkey—economically hobbled, politically fragmented, and battling a severe Kurdish insurgency—as well as about multiethnic Macedonia, perpetually described as the next Balkan domino. Further afield, journalists predicted that the borders of the newly-independent Central Asian states would be redrawn, either by the hands of transnational extremist movements or by the very actions of Central Asian leaders. Today, the borders of Turkey, the Central Asian states, and even little Macedonia remain very much intact.

While notoriously inaccurate, predictions about the collapse of modern state borders are understandable. Policymakers and foreign affairs experts have a long tradition of warning about the death of principles they consider sacrosanct, and the fixity of interstate borders is at the top of the list. Yet if one waits long enough, somewhere a state will eventually collapse, sovereign territories will change hands, and international borders will be redrawn.

Policymakers are right when they argue that the recent conflicts in Ukraine and Iraq pose a serious challenge to regional and international security, but this is not because the conflicts create precedents that embolden other states or actors to redraw borders. The costs of violently altering borders remain high. The bigger problem states face is how to manage and police their borders in ways that can prevent conflicts from erupting or at least speed post-conflict recovery.

The Exceptions Prove the Rule

In a forcefully argued article in The American Journal of International Law in 1996, Steven R. Ratner called on global policymakers to reexamine their approach to international borders and state sovereignty. Ratner’s position was controversial: The international community should abandon its long-standing practice of automatically recognizing new states with the administrative borders that they hold at the moment of independence. The practice allows states to attain independence in an orderly way, but creates “genuine injustices and instability by leaving significant populations both unsatisfied with their status in new states and uncertain of political participation there.” Ratner was writing in the shadow of the war in Yugoslavia and conflicts that had flared up across the former Soviet Union.

Ratner’s argument did not get much traction with the international legal community. Ratner’s ideas did, however, coincide with the subsequent actions of policymakers in Russia and some NATO members.

Russia’s annexation of Crimea in March 2014 is one of several examples of Moscow—directly or indirectly—redrawing the borders of post-Soviet states. Since the 1990s, Moscow has financially propped up secessionist Transnistria’s leadership and provided a peacekeeping force to buffer the territory from the rest of Moldova. And in 2008 Russian forces helped separatists in Abkhazia and South Ossetia formalize their break from Georgia and set up entities that variably depend on Moscow.

For all the blame laid at Russia’s doorstep, however, NATO and its member states have also violated the borders of other states. In 1974 Turkey invaded Cyprus in response to Greece’s bid to unify with the latter. Turkey set up a de facto republic in the north, which declared independence in 1983. In 1999 NATO bombed Serbia in response to Belgrade’s attempt to hold on to Kosovo where Albanians had mounted a secessionist bid.  Support from the United States, NATO, and key European states cleared a path for Kosovo’s unilateral declaration of independence in 2008.

The debates on whether these examples of forced border changes have created destabilizing global precedents may be moot. The vast majority of international boundaries today remain highly fixed, and the barriers for changing their location are dauntingly high. Consider the Sykes-Picot agreement in which British and French diplomats laid out spheres of influence over the Ottoman Empire’s lost territories after World War I and thereby created many of the boundaries of the modern Middle East. The Sykes-Picot order has been pronounced dead countless times, and yet the only state that has succeeded in redrawing borders on a seemingly permanent basis in the region since World War II has been Israel.

Experienced observers might note that the Kurdish Regional Government (KRG) of Iraq is perilously close to independence, partly a consequence of the disarray in Baghdad and the federal government’s disastrous inability to confront the Islamic State. The KRG may very well attain independence in the near future; however, it is more significant that the KRG has so far not been able to easily move towards independence, despite its viable landmass, self-contained political system, organized military, and multi-billion dollar economy—trappings of statehood that even some formally sovereign states might envy.

Is It Worth Fretting Over?

Forced border changes and territorial dismemberment are distressing, but they remain the exceptions that prove the rule. There is still a high price to pay for altering borders, and the expanding military campaign against the Islamic State is an obvious example.

States that alter borders suffer consequences as well. Three decades after declaring independence, Northern Cyprus remains isolated and its economy stunted, despite being the richest of all such small unrecognized states and receiving huge subsidies from Turkey. Moreover, Turkey’s bid to join the European Union suffered handily, encountering years of delays, vetoes, and conditions partly due to its support of Northern Cyprus. Russian policymakers who orchestrated the dismemberment of Georgia and absorbed Crimea into the Russian Federation triggered sanctions and isolation that will take years to reverse. Russian political elites may hold fast to the belief that international isolation is worth the price of incorporating Crimea—a territory that was part of Russia in living memory, the object of a deep nationalist and historical narrative, and too emotionally valuable to leave outside the Federation.

It is tempting to see Crimea as setting a dangerous precedent for Russia to absorb other parts of Ukraine, but Russia’s desire to geopolitically assert its dominance in the region may restrain it from further territorial and border changes.

When it comes to the secessionist turmoil in Ukraine’s eastern regions, Moscow may prefer to neither recognize them as an independent entity nor absorb them into the Russian Federation as it did with Crimea. The preferred option may be to push Russian separatists towards a political solution that results in a federal form of government for Ukraine and increase Russia’s leverage over the country on a permanent basis. While Ukraine is in clear need of decentralization, political scientist Oleksiy Haran explains that the federal option “is an idea developed by the Kremlin as a tool to divide Ukraine and play one region against the other.”[4] Having a Trojan horse inside Ukraine pays higher dividends than outright annexation.

While the international community worries greatly about relatively rare instances of border change, there is far less worry about a greater problem—the sad state of border control in many parts of the world. As Daniel Byman notes, “Pushing the Islamic State back in Iraq does little good if it remains strong across Iraq’s blurry border with Syria.” Byman is correct in identifying the problem as many states struggle to cope with major security threats—such as the movement of insurgents and weapons across their borders—and yet we remain woefully short on viable measures to improve border management in conflict zones.

Plenty of international border management assistance is on offer from the United States, EU, and the various agencies of the United Nations. This aid aims to enhance the capacity of governments to manage their borders in a way that balances security against illicit movements and threats with openness to licit and beneficial movement of goods and people. Such aid has been dispersed in places as diverse as Bosnia and Tajikistan and typically includes the building of border infrastructure, transfer of high-technology equipment for border authorities, and funding of training for border services.[5]

Yet global border management assistance remains a patchwork that covers a small portion of the world’s poorly-functioning borders. This is understandable because there will always be more miles of dysfunctional borders than funds to fix them. But sponsors of border assistance can usefully take a series of steps to improve the coordination of border aid, especially in and around states that have recently experienced territorial turmoil.

In the case of Ukraine, the EU should take the lead in reformulating its border assistance in order to help Ukraine’s government cope with the long-term challenges of managing its eastern border with Russia—a border where Russia prefers to encounter weak and ineffectual Ukrainian border control institutions. EU aid to Ukraine’s border management institutions has for years assisted Kyiv in equipping and retraining its border officials, but the emphasis has largely been on Ukraine’s western borders, which face in the direction of the EU. The country’s eastern borders will require a multi-year, costly infusion of aid, training, and equipping, and planning for this must start now rather than once the civil war ends.

In the case of Iraq, the United States can take the lead in convening stakeholders of border security agencies of Iraq and its neighbors in order to craft a coordinated response to the challenges of cross-border extremism and to prevent the Islamic State from spreading.  But to be most effective, aid must be coordinated with the actors and states who are best placed to help Iraq police its borders against the Islamic State.  In some cases, this means unsavory partnerships with the Bashar Assad regime and the Iranian government; it also means working closely with the KRG to build up its border police even if this irritates Baghdad’s leadership, which sees border security as a federal purview.

While solutions to the conflicts in Ukraine and Iraq are not entirely comparable, it would be wrong to separate them entirely. In both cases, the international community has spent much time talking about the location and legitimacy of borders far more than it has worked to address the lapses in how borders function. There is little point in fretting over where borders lie if they never worked in the first place. 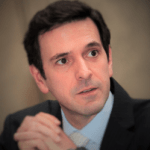 The Crisis in Ukraine and the Baltic Sea Region: A Spillover of the Conflict?

How Immigration Aids Russia’s Transformation into an Assimilationist Nation-State