(University of Nottingham, Ningbo, China) The two bombings on 15 April at the finish line of the Boston Marathon were not the first time that Boston has known Islamic terrorists on its soil.  At least five of the September 2001 al Qaeda terrorists had ties to the Boston area (including two who had worked as taxi drivers in Boston), and the two planes that flew into the World Trade Center towers on 11 September took off from Boston’s Logan Airport.

Nonetheless, the two deadly bombings on 15 April came as a shock to Boston residents (including me — I was born in Boston and have lived in the Boston area most of my life), in part because of the choice of the marathon as a target and in part because the bombs were laced with nails and ball bearings, which were clearly meant to maim and mutilate spectators.  At least 20 of the 170 people who were seriously injured had one or both legs blown off, and other spectators had their eyes punctured.

The marathon itself made a convenient “soft target” for a terrorist attack, but it is not yet known why it was chosen.  Although bomb-sniffing dogs have been used in the finish line area of the marathon since 1996 (a year after Timothy McVeigh blew up the Murrah Federal Building in Oklahoma City), the marathon is inherently vulnerable to a determined attacker.

The two Tsarnaev brothers who perpetrated the Boston Marathon bombings had lived in the Boston area for more than a decade.  The older brother, Tamerlan Tsarnaev, who was killed in a shootout with the police, was born in Kyrgyzstan in the late Soviet era, and the younger brother, Dzhokhar, who was captured Friday evening and is now hospitalized under heavy guard, was born in Kyrgyzstan in July 1993.  The family moved for a while to Dagestan, which borders on Chechnya, and in 2001 they came to the United States.

Several years ago, Tamerlan began to fall under the spell of Islamic radicalism, and he veered increasingly in that direction over the past few years.  In early 2011 the Russian government contacted the U.S. government and warned that Tamerlan Tsarnaev was developing ties with proponents of “radical Islam” in Russia.  The U.S. Federal Bureau of Investigation (FBI) undertook a background search but did not find evidence that Tsarnaev had links to terrorist elements.

This also leads to the question of whether others were involved in the Boston bombing plot.  Even though the pressure-cooker bombs used on 15 April are not all that difficult to build, lacing them with nails and ball bearings and designing the detonators for remote control are not normally tasks a novice would undertake.  In the North Caucasus (and elsewhere), terrorist groups usually have at least one explosives specialist who focuses on little other than building bombs designed for specific purposes.  Building a bomb that is intended to maim and mutilate a large number of people is something a specialist could handle easily, but it would be harder for someone with no training.  Perhaps Tamerlan Tsarnaev received the necessary training when he was in Russia last year, but we need the Russian authorities to reveal a lot more about what he was doing there.

The brothers were of Chechen ethnic origin, but they had almost no firsthand knowledge of Chechnya.  Tamerlan lived there very briefly in the early 1990s, and Dzhokhar had never lived there.  Dagestan borders on Chechnya, but during the 1990s Dagestan, unlike Chechnya, was peaceful and ethnically harmonious.   The Boston bombings were the first time that Chechens of any sort have ever been implicated in a terrorist plot in North America.  Indeed, Chechen terrorists have very rarely operated outside the Russian Federation.  A few attacks/have taken place in Turkey over the past 12 years (most recently in 2011), and one plot was broken up in France a decade ago and another in Belgium a bit later, but those were the only exceptions.  The vast majority of Chechen terrorism takes place in Russia, especially the North Caucasus.

Because the once-strong drive for Chechen independence was crushed years ago, the brothers’ motivation seems to have been connected with Islamic extremism, rather than any specific devotion to Chechnya.  But perhaps “long-distance nationalism” (as Benedict Anderson called it) also instilled in them a devotion to a homeland they never really knew.  Islamic radicalism was the dominant factor in the attacks, but these long-time Bostonians may also have been guided by a loyalty to an “imagined community” that never really existed.

Mark Kramer is Director of Cold War Studies at Harvard University and a Senior Fellow of Harvard’s Davis Center for Russian and Eurasian Studies. This comment is also available on the website of the Division International Studies at the University of Nottingham, Ningbo, China. 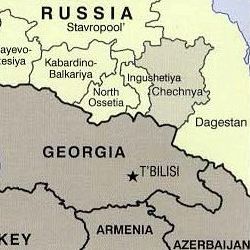 References on Chechnya, the Caucasus, and Related Violence 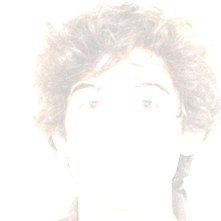 The New Insurgents of Our Era