On June 20, 2013, the Kyrgyz parliament voted 91-5 to cancel the U.S.-Kyrgyz agreements on the Transit Center at Manas airport to be effective one year from now in July 2014. There has been much  speculation about parliament accepting or rejecting President Almazbek Atambaev’s decision to close or transform the Center. Whether the decision will be implemented is yet to be seen as the president still has to sign the documents.

Discussions about the fate of the Transit Center started immediately after the April 2010 overthrow of former President Kurmanbek Bakiev (2005 to 2010). Interim former President Roza Otunbaeva (2010 to 2011) had been openly supportive of the Center but when she handed power to the newly elected Atambaev she turned the issue completely over to the new government. Atambaev, for his part, has consistently stated that he would like the Center to cease existing as a military facility and be transformed into a civilian hub.

The issue was fast-tracked in the parliament in the spring of 2013. On the eve of the CSTO informal summit in May in Bishkek, Kyrgyz authorities announced the government had prepared a bill that would cancel the U.S. agreements on the Center. Parliament set July 11, 2014, as the end-date of the agreement. The parliament discussed the issue behind closed doors. Apparently, there were some MPS who asked how the government would compensate for the loss of $60 million per year, which is the current lease rate for the Center. There was some talk that the Center’s fate would be subject to the situation in Afghanistan, but this angle has not been very prominent or clear. The vote regarding the Center revealed no party difference, as the five votes against cancelling the agreement came from members of three different factions and one independent MP. In the meantime, local media reports have been using the status of the Center to discuss broader aspects of geopolitical gain, such as Russian investments into the construction of a large-scale hydropower plant in Kyrgyzstan. 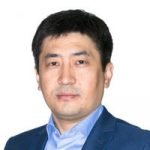