(Guest contribution) In preparation for Romanian and Bulgarian citizens’ full access to the EU labor market in January 2014, UK Prime Minister David Cameron proposed a new policy agenda that would reduce welfare and employment benefits to migrants from European Union member states, in contravention of EU principles. The proposal launched a debate within the UK about the ability of domestic legislation to counter EU treaty provisions. In light of such debates in a well-established free labor zone, it is to be expected that labor migration in the new Eurasian Economic Union (EEU) will remain a contested issue. Given migration pressures in the EEU zone and a pattern of reliance on domestic regulations over and above multilateral agreements, the provisions for free movement of labor in the EEU treaty are unlikely to usher in a new era of liberalized labor movement.

Migration Patterns in the EEU Zone

The EEU treaty between Russia, Kazakhstan, Belarus, and Armenia came into force in January 2015, with Kyrgyzstan joining in May 2015. The agreement provides for the free movement of goods, people, services, and capital. Migration between Russia, Belarus, and Kazakhstan makes up a small part of labor migrant flows, and therefore the provisions for free movement of labor are not particularly controversial for these three countries alone. However, the accession of Armenia and Kyrgyzstan could have a visible impact on labor markets in Russia and Kazakhstan both.

Currently, Kyrgyzstan and Armenia are the fourth and fifth largest labor donors to Russia. Each country sends well over 100,000 official labor migrants annually to Russia, in addition to unofficial or undocumented migrants. Remittances from Russia in 2012 made up 27 percent of Kyrgyzstan’s GDP and 14 percent of Armenia’s. Kazakhstan is a secondary destination for migrants from Kyrgyzstan, who make up a significant portion of the low-skilled migrant labor in the retail and agricultural sectors. Statistics for Kazakhstan’s migrant workers are difficult to come by, as the vast majority work in the informal sector. Even remittance data is not particularly illustrative; migrants from Kyrgyzstan can just as easily take their earnings across the border physically or use non-official channels.

The EEU Treaty and Free Movement of Labor

According to the EEU treaty, governments may not implement protectionist restrictions on workers coming from member states, and employers are allowed to hire workers without special permission (i.e., a work permit and/or a labor market test to prove that a local worker is not available to do the same job). Workers can stay in the host country as long as they have a valid employment contract. Without a contract, they are limited to stays of 90 days (like all other CIS citizens).

The free labor provisions in the EEU treaty run counter to many of the labor market protections in Russian and Kazakhstani legislation. A blanket exemption for EEU citizens thus seems significant and with a potential to add much-needed flexibility to the migration policies of Russia and especially Kazakhstan. Currently, neither provides virtually any possibility for the legal presence of low-skilled migrant laborers.

Despite the seeming advantages of the treaty, the language of the agreement generalizes enough to allow for the development of alternative controls on migrant labor. Multilateral international agreements, like the CIS visa-free agreement of 1992, have never been the primary governing documents of labor migration in Russia or Kazakhstan. Rather, labor market controls and regulation of the terms and period of legal stay in host countries have been governed by bilateral agreements and domestic legislation. Bilateral arrangements have traditionally been used to provide exceptions to domestic migration laws for citizens of certain countries. Tajikistan, for example, has been active in advocating for bilateral agreements and the physical presence of the Tajik Migration Service in Russia. As a result, Tajik citizens have had longer periods to register their presence within Russia. They have also been able to obtain a three-year work permit, whereas other CIS citizens have been limited to single-year permits. Citizens of Uzbekistan, on the other hand, though they are dominant in labor migrant flows to Russia and Kazakhstan, have had no exemptions as the Uzbek government is loath to intervene on behalf of its citizens working abroad.[1]

Primarily, labor migration has been managed through each country’s domestic legislation. Despite its general lack of development, Kazakhstani migration law has made a minimal distinction between visa and non-visa migrants, allowing CIS citizens to purchase a monthly labor permit as of 2013. Compared to the Kazakhstani legislation, which tends to implement piecemeal components borrowed from the Russian system, Russian migration laws are much more developed and complex, creating entirely different programs and mechanisms for visa and visa-free entrants. Russian legislation is constantly changing and often advances seemingly liberal measures alongside increasing restrictions. For example, in January 2015, quotas for CIS workers were cancelled. Yet at the same time, the requirements for obtaining permission to work (called a “patent”) were increased substantially, including the introduction of a new language, history, culture, and legal norms examination and the need for a contract to extend a patent beyond two months. Patents also require pre-payment of taxes, proof of medical insurance, and a medical exam, all within thirty days of arriving in Russia at a cost typically ranging from 20,000-30,000 rubles ($335-500) depending on the fees of intermediary services. The end result is an increasingly restricted labor market.

Domestic legislation also regulates the period of legal stay in a country. Toward this end, amendments to Russian legislation have been increasingly restrictive. As of 2013, CIS migrants are limited to a 90-day stay within every 180-day period in the absence of an employment contract. Previously, many migrants would cross the border every 90 days to refresh their status. There is no exemption from the “90/180 rule” for EEU citizens without an employment contract.

Despite the general provisions for visa-free movement of CIS citizens, the persistent use of domestic controls and management of bilateral exemptions suggest that similar mechanisms of controlling immigrant labor may evolve to compensate for the liberal provisions of the EEU treaty. In July 2014, for example, Russia signed a new bilateral agreement with Armenia on the terms of entry for citizens traveling between the two countries, even as Armenia was preparing to accede to the EEU. The treaty was ratified and entered into force from the Russian side only in March 2015, after the EEU had come into being.

One potential point of control through domestic legislation could be labor contracts. As noted above, the EEU treaty requires that migrants sign a contract with an employer in order to stay in the host country beyond 90 days. In December 2014, an entirely new chapter (50.1) was added to the Russian Labor Code regulating the work and contracts of foreign citizens. Under the new rules, employment contracts are tied to the migration status of foreign workers and can be annulled if there are irregularities in migration status. In cases where the medical insurance policy required by the Labor Code lapses, the contract can also be annulled, putting a migrant’s status in further jeopardy. For low-skilled migrants, signing contracts has not been a traditional part of the working arrangement in Russia or Kazakhstan; the new primacy of contracts both in Russian legislation and in the EEU treaty is thus a significant development.

Nonetheless, the focus on contracts highlights a departure from established de facto practices. Because many employers traditionally have been reluctant to sign contracts and thus formalize a working relationship in a way that obligates them to pay taxes and social insurance, tying migration status to a formal labor contract can make the legal status of foreign workers, even from EEU countries, vulnerable.

In both Russia and Kazakhstan, the low-skilled migrant labor market has long operated partially, if not primarily, in the shadow sphere. This is especially true in Kazakhstan, where the available quota for low-skilled workers has long been far below labor market needs.[2] Though Russia has experimented with different mechanisms for legalizing migrant workers from CIS states, the one common thread that has persisted is the insufficient availability of legal work documents, either because of hard limits (quotas) or cumbersome and often corrupt bureaucratic procedures. The EEU regulations will do very little to encourage migrants working in the informal sector to legalize their status as signing a labor contract presents a barrier that many foreign workers will not be able to overcome.

Another potential point of control in the Russian case is the use of blacklists to restrict certain migrants from entry for periods of five years or longer. In recent years, the number of CIS citizens who have been placed on the blacklist as a result of administrative violations related to irregularities in work or registration status has grown. The EEU treaty does not address how to handle blacklisted migrants. Furthermore, though EEU citizens are given 30 days to register their presence in Russia, some violations of registration procedures have been raised to the level of a criminal offense carrying the penalty of immediate deportation.

A Variety of Options for Migrants

In lieu of procedures outlined by the EEU treaty, foreign workers also have the option of pursuing more favorable working terms and migration status through a variety of mechanisms regulated at the level of host countries’ domestic legislation. These vary from country to country, but they can include registering as an individual entrepreneur[3] or obtaining residency status (or citizenship). In addition, while simplified procedures for CIS citizens exist in some cases, these are regulated by domestic law and rarely enter into the text of bilateral or multilateral agreements.[4] In many cases, the mechanisms are regulated by their own bureaucratic specificities. For example, a temporary residence permit in Russia (required in order to eventually get permanent residence and, subsequently, citizenship) is regulated by quotas (rarely more than 200,000) and a language exam. In the end, if migrant workers choose this path toward more secure residency and work status, it will demonstrate that the EEU treaty’s free labor movement provisions are of little real value.

If Russia and Kazakhstan hope to demonstrate the robustness of the EEU, free labor movement is a visible way to entice countries like Armenia, Kyrgyzstan, and possibly Tajikistan. Because the stakes are higher for the current union than any past post-Soviet integration arrangement, there is a real demand for Russia and Kazakhstan to truly liberalize access to their labor markets. Nonetheless, to fully abandon protectionist impulses may alienate domestic voices that have traditionally opposed labor immigration. The use of domestic legislation to create additional points of control, regulating borders, registration requirements, labor market entry, employment documents, and so on, allows some degree of flexibility for governments to manage these disparate interests.

In the United Kingdom, proposals to replace entry restrictions with reduced welfare benefits allowed Conservative politicians to navigate the demands of multilateral commitments alongside anxious domestic constituents. As the main labor recipients in the EEU, Russia and Kazakhstan may similarly fall back on their default strategies of using domestic legislation to manage incoming labor migrants, even within the context of the EEU’s free movement zone.

[1] In June 2013, President Islam Karimov spoke out against Uzbek labor migrants in Russia, calling them “lazy” and saying he was “disgusted” with the situation.

[3] A parallel mechanism in the UK allowed Bulgarian and Romanian citizens to register as self-employed even prior to 2014, thereby gaining access to a fuller range of welfare benefits.

[4] A major exception was an agreement between Russia and Kyrgyzstan on simplified citizenship procedures that was in effect for 15 years between 1997 and 2012. Russia also has simplified residence and citizenship procedures for compatriots with historical ties to Russia and native Russian speakers (where native proficiency is determined by an interview with migration officials rather than by objective criteria). 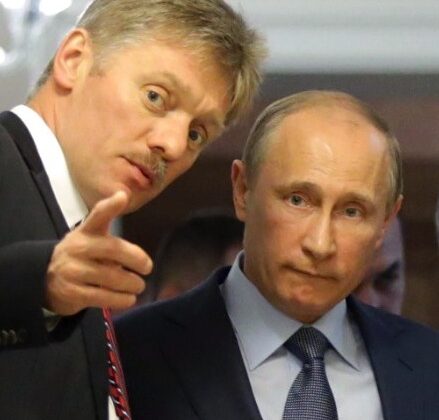 Forever Together? Relations Between Moscow and Minsk After the Belarusian Revolution of 2020

Karabakh After the 44-Day War: Russian Peacekeepers and Patterns

The Second Nagorno-Karabakh War in a Global South Perspective