(Cambridge Scholars Publishing) (Co-author: A. Makarychev) This article analyzes today’s independent ex-Soviet borderlands (Ukraine, Georgia, and Estonia) of the Russian Federation. More precisely, the authors identify the cultural and social practices enabling their national identity narratives to emerge. The authors use in-depth expert interviews with policy activists, cultural entrepreneurs, analysts and governmental officers, conducted in Lviv (Ukraine), Tallinn, Tartu, and Narva (Estonia), and Tbilisi (Georgia). They construct illuminative case examples for each respective country in order to uncover cultural strategies for producing identity narratives against the neo-imperialist policies of Russia. They focus on the production of sporting and cultural mega-events that serve as the basis for understanding the countries’ identities – and their confrontation, which has recently gained more momentum than at any time since the fall of the Soviet Union. The authors track the development of the region after the early 1990s, especially in terms of the Russian trauma of its “lost” empire. They identify Russian existential and imperial impulses in civilisational, cultural, religious and linguistic terms, and how they contrast with the cultural forms and strategies that embody Ukrainian, Estonian and Georgian identities related to Europe. The authors build on the tradition of British cultural studies, combining constructivist, post-colonial, and poststructuralist approaches to identities, discourses, imageries, and the politics of representation.

Chapter in the volume edited by Marja Vuorinen, Tuomas Kuronen, and Aki-Mauri Huhtinen: Regime Changes in 20th Century Europe: Reassessed, Anticipated and in the Making 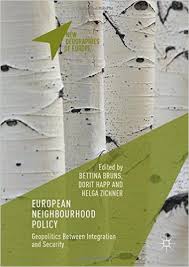 Both In-Between and Out: National Sovereignty and Cross-Border Governmentality in Euro 2012 in Lviv 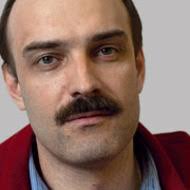