The workshop – on Security Challenges in Russia and Eurasia – brought together scholars and experts from the Russian Federation, the United States, and Europe (including Ukraine and Azerbaijan) to propose initiatives for deepening international security cooperation in Eurasia; to consider the implications of changing relationships between Russia, the EU, and countries of post-Soviet Eastern Europe and the Caucasus; and to assess the domestic foundations of Russian security and democratic stability. We are publishing twenty-three essays from the workshop in three collected volumes, of which this is the second.

This volume, New Balances: Russia, the EU, and the “Post-Soviet West,” considers the implications of changing relationships between Russia, the EU, and countries of post-Soviet Eastern Europe and the Caucasus. The two essays in Part I look at contemporary EU-Russia relations. Arkady Moshes observes that the EU-Russia relationship has been subtly but usefully recalibrated. EU members have gained confidence that, in their energy relationship, Russia needs Europe as much as Europe needs Russia. They have also reconciled to the fact that differences in approaches toward their “common neighborhood” will persist, and they are more willing to speak in one voice with Russia. In the meantime, the attraction of Europe to Russia as an economic partner and model of development has only grown. Sergey Golunov assesses one aspect of EU-Russia relations highly relevant to many Russian citizens, the EU (Schengen) visa regime. While accepting certain reservations of Europeans against a more liberal – and even visa-free – regime with Russia, Golunov seeks to demonstrate that some of their most frequent objections are simply unsupported by the data. At the same time, he points to the responsibility of Russian officials in bureaucratically hindering westward travel.

Part II of the collection examines contemporary perceptions of Russia in four of its post-Soviet neighbors in East Europe and the Caucasus: Estonia, Ukraine, Azerbaijan, and Georgia. Two of the essays assess findings of recent opinion polls. Theodore Gerber, Heather Conley, and Lucy Moore present findings from survey research on the perceptions of young people in Estonia (including ethnic Russians) and Russia of themselves and each other. They find marked differences on views toward history, state images, and ethnicity-related policies, but muted interethnic hostility or fear (the latter most frequently among ethnic Estonians, one-third of which expressed such feelings toward Russians). They also find ethnic Russians in Estonia to feel a strong connection to the places where they live (rather than Russia or, nostalgically, the USSR) and also to hold different attitudes toward Estonia depending on their citizenship status. Anar Valiyev looks at changing attitudes toward Russia among Azerbaijanis, finding declining levels of approval for friendship with Russia and intermarriage with Russians, but continued support for business relations and more positive views of Russian influence on Azerbaijan than of U.S. or European influence. Valiyev concludes that Azerbaijani attitudes toward Russia are still flexible and largely depend on the policies that Russia itself adopts.

The other two essays analyze specific aspects of Ukraine’s and Georgia’s current relations with Russia. Olexiy Haran and Petro Burkovsky argue that the Yanukovych administration in Ukraine has been less obsequious toward Russia than might have been expected. In particular, it has sought to check unbridled Russian economic expansion in Ukrainian industry and business while actively pursuing investment deemed beneficial to their development. However, the authors acknowledge that it is an open question whether Ukraine’s “business-like” approach toward Russia and, correspondingly, other foreign partners is sustainable. Finally, George Khelashvili explains how the Saakashvili administration in Georgia persists in viewing Russia- Georgia relations through the prism of antagonistic Russia-U.S. relations. This has led the administration to the reckless conclusion that U.S. protection of Georgia is both necessary and sufficient for Georgian security against Russia and that, accordingly, its strategy of engagement with Russia’s troubled North Caucasus in particular is risk-free. 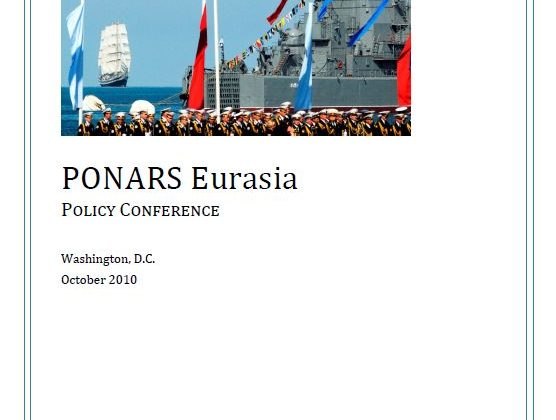 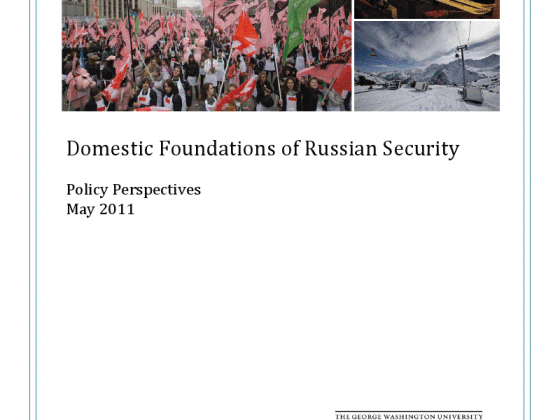