The Ukrainian region and city of Odessa, situated on the Black Sea adjacent to Romania and Moldova (and Transnistria), was a major focal point during the Euromaidan, the annexation of Crimea, and Russia’s further intervention in Ukraine. Locals were forced to take positions on issues of identity and territorial integrity that they had never confronted before. Despite the rise of a local separatist movement and violence, the presidential and parliamentary elections of 2014 ushered in a more peaceful atmosphere for the city and surrounding region. With the appointment of former Georgian president Mikheil Saakashvili as the region’s governor in May, Odessa is experiencing another dramatic chapter.

Prior to the Euromaidan protests, Odessa was largely supportive of ex-president Victor Yanukovych and his “Party of Regions.” By the end of 2013, however, many in the city and surrounding region were disappointed in the Yanukovych administration. Rampant corruption, business takeovers, pressure on the opposition and media, a worsening economic situation, and a failure to deliver on promised social programs all contributed. As a result, Yanukovych’s local electoral base had already dwindled on the eve of the Euromaidan protests.

The Euromaidan had an immediate echo in Odessa. The national movement only really took off in the wake of police brutality that targeted a handful of peaceful, young protesters who opposed Yanukovych’s refusal to sign an Association Agreement with the European Union. All the grievances that people had with the regime immediately surfaced in Odessa as elsewhere. The day after violence erupted in Kyiv, numerous Odessans went out to demonstrate. Both “pro-Euromaidan” and “anti-Euromaidan” protests formed. A city that was often cited for being apolitical and opportunistic became energized.

The annexation of Crimea forced Odessans to take a clear stance on the issue of Ukraine’s territorial integrity and to contemplate the loyalties of their city. A pro-Ukrainian camp quickly formed with marches and demonstrations, daily meetings, and a variety of actions by public activists. Authors, journalists, actors, and musicians endorsed the cause of a united Ukraine. Contrary to what was reported on Russian television, there were no cases of anti-Semitism, let alone anti-Jewish pogroms. Numerous representatives of the local Jewish community supported the Euromaidan, taking an active role in activities to defend the territorial integrity of Ukraine.

Following the annexation of Crimea, Odessans assisted and accommodated the Ukrainian troops that withdrew from the peninsula. Many of them stayed in Odessa, and as a result the city became a new hub for the Ukrainian navy. Some have argued that the Crimean takeover by Russia was a positive thing for the local economy; certain trade routes would switch to Odessa from Crimean ports, and tourists who once flocked to Crimean resorts would now go there. However, Odessans quickly discovered that the instability created by the Russian annexation and the instability in the east of the country actually had negative consequences for the local economy; it produced a sharp decrease in the numbers of those willing to engage in commerce in and visit the area.

Yanukovych’s time in power had produced a system that was based on personal loyalty through patronage networks. While this leviathan of rent extortion cracked under the pressure of the Euromaidan protests, many elements remained intact, particular in some eastern and southern regions of the country including Odessa. The city found itself facing a dangerous confluence of various forces: corruption, incompetence, and disloyalty. The city’s strongmen—all members of the Party of Regions—quickly left the ranks of the party and party factions in parliament and regional and city councils. But it remained an open question where their loyalties lay. The city emerged without any consolidated political elite capable of or willing to stabilize the situation. For a while, Odessa appeared to be operating in political anarchy.

The flames of war from the Donbas impacted Odessa. Social divisions became more rigidly defined. Pro-Russian sentiments may have been present in the city before, but they were dormant and rarely on public display. Before, the impossibility of becoming part of the Russian Federation made the issue of separatism a fringe cause. When secession started to appear feasible (with the help of Russian intervention), the pro-Russian separatist movement became inspired and reenergized, with many stalwarts from the old Yanukovych regime happy to partake. Moscow issued a rallying call with its “Novorossiya” ideology and extended support to local separatists.

These separatists physically camped out at Odessa’s Kulikovo Pole square. They seemingly came out of nowhere, with a leadership that was unrecognizable to locals. They began occasional marches and threatened direct physical confrontation with other groups. Local law enforcement agencies and security services did almost nothing to counter their activities, which were aimed at undermining the integrity of the state.

Odessa became a significant part of the special operation that was underway in Ukraine. The pro-Russian camp received massive financial support, with activists competing to receive funding. Having a Russian consulate in Odessa was particularly convenient. The Moscow Patriarchate’s branch of the Ukrainian Orthodox Church has had a long-standing practice of promoting pro-Russian, anti-Ukrainian propaganda. The church’s Metropolitan in Odessa and Izmail, Agafangel, is one of the most conservative and pro-Russian clergyman within its ranks. He has been based in Odessa for years and has exerted a significant influence on congregations and local politicians.

The anti-Ukrainian downpour in the Russian media was unrelenting and also shaped the attitude of many. People were subjected to carefully calibrated messages from the Kremlin’s ideological machine. These narratives were often aired by national Ukrainian television channels, with the notable distinction of “Kanal 5,” controlled by Petro Poroshenko. Several local Odessa channels (the most prominent being “Academia” and “ATV”) also dutifully adhered to Moscow’s ideological line.

The untimely decision by Ukraine’s parliament to revoke the “Kivalov-Kolesnichenko” language law, which appeared to give broader grounds to regional languages including Russian, was seized upon as proof of the alleged intent of the post-Euromaidan government to persecute Russian speakers. In fact, the rights of Russian speakers in Ukraine were never realistically endangered. Even now—against the backdrop of an expanded Russian invasion of Ukraine—there is no credible threat to the language rights of Russian speakers.

One specific geopolitical feature of Odessa is its proximity to Transnistria, which was, and remains, a source of infiltration of Russian agents and pro-Russian activists into the Odessa region. Crimea, too, provided easy opportunities for infiltration until late 2014 when transportation links to the peninsula were cut off.

As the separatist movement supported by Russia in the Donetsk and Luhansk regions expanded in spring 2014, it seemed that Odessa could be next. Tensions were exacerbated in the city, and some minor clashes occurred as a result. A course toward destabilization got underway. At the start of May, pro-Russian radicals (with seemingly tacit approval of and even direct support by the police) attacked a peaceful pro-Ukrainian march in the city. The core participants of the march were supporters of the local soccer team Chernomorets. Many Odessans joined the march, some with their families and children. The first casualties were caused by gunshot wounds. Photographic and video evidence points to the use of automatic weapons by armed separatists. Street fighting ensued.

All this was broadcast on live television, and many Odessans became outraged at the assault on their city and went out to the streets. The predominant mood was that a “Slavyansk” or “Donetsk” scenario was about to be repeated in Odessa. Soon the instigators of violence were outnumbered. The trade union building on Kulikovo Pole, next to where their tent camp stood, was surrounded by pro-Ukrainian activists. Both sides threw Molotov cocktails, stones, and metal objects. A fire eventually broke out in the building. There were efforts to get people out, and many hundreds were able to escape. But at the end of the mayhem, 48 people were dead—the worst bloodshed in Ukraine since the violent days in Kyiv during February 2014. The relative peace of the city had been savagely vandalized.

Unsurprisingly, Russian propaganda presented these events as a deliberate and malicious act on the part of Ukrainian right-wing extremists. But fundamental questions remained: had there, indeed, been an attempt to spread unrest from Donbas to the southwest of Ukraine in a softer form (without using “little green men”)? Was the tragedy the result (if inadvertent) of a provocation designed to lead to bloodshed and the destabilization of the city and region? Was it an attempt to test the waters and see where the balance of forces in the city lay? Or was it a local grassroots initiative, an adventurous undertaking by at least some of the separatists? (Certain camps openly refrained from taking part.) Perhaps more facts will emerge, but for now we lack definitive answers. A proper investigation is lacking, not in terms of the chronology of events or causes of deaths but in establishing who the “organizers “were of the clashes in Odessa.

The snap presidential election at the end of May 2014 occurred without local incident. Originally from the Odessa region, Poroshenko received more than 40 percent of the region’s votes. In the snap parliamentary elections in October, the parties led by President Poroshenko and Prime Minister Arseniy Yatsenyuk fared rather well in Odessa. The remnant of the Party of Regions, rebranded as the Opposition Bloc, fared better in Odessa than in most other parts of the country, but its results were nowhere near those that the Party of Region used to receive. Some local politicians formerly associated with the Party of Regions (Serhiy Kivalov and Eduard Matviychuk) won in a majority of districts on the basis of name recognition, experience, and resources.

Attempts to destabilize the city have not been abandoned. On occasion local “associations” or “councils” spontaneously appear and lobby for minority rights, suggesting that efforts are still being made to stir up trouble on the basis of the Odessa region’s ethnically diverse nature, specifically in the western part of the region, in southern Bessarabia, where non-Ukrainian ethnic communities (Gagauz, Romanian, Bulgarian, and others) are represented in substantial numbers. In late 2014-early 2015, a series of explosions appeared to be intended as intimidation of the local population. These efforts did not produce their desired effect, however. Residents went on with their daily lives, and many contributed to the fight in the Donbas and to the country’s reform efforts. Divisions still exist, but it seem pro-Ukrainian sentiment will prevail.

This past spring, Odessa became a global focal point for good governance with the appointment of former Georgian president Mikheil Saakashvili as the region’s governor. He was tasked with fixing the economy, fighting corruption, and implementing reforms. This unconventional move met reactions ranging from deep dismay and skepticism to boundless euphoria. Naturally, many questions persist about a foreign ex-president becoming a governor in another country, not to mention his ability to get along with local and national actors, forge a good administrative team, and work with a population that includes a sizeable pro-Russian component.

Saakashvili has undoubtedly been successful so far in his public relations. He has increased the transparency of his office, initiated a dialogue with citizens, energized public activism, reduced the number of bureaucrats, and invited young and promising managers to the city. He has also clashed with the local corrupt customs system, taken steps to improve the transportation system, and attempted to undo some illegal and scandalous land grabs. While the jury is still out on his overall performance, we can say, at least, that this past summer saw an unprecedented number of visitors come to enjoy the climate and hospitality of the Odessa region.

Volodymyr Dubovyk is Associate Professor of International Relations and Director of the Center for International Studies, Odessa I. I. Mechnikov National University (Ukraine). 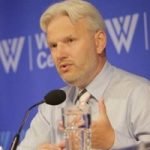 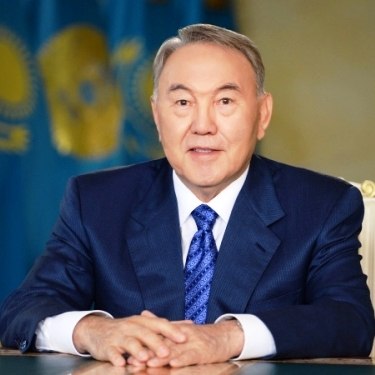