University of Toronto Associate Professor of Political Science Lucan Way visited the University of Washington to give a public lecture on his new book, Pluralism by Default: Weak Autocrats and the Rise of Competitive Politics. As part of his talk, Dr. Way outlined his theory about the perhaps surprising rise of pluralism in countries which lack democratic histories. It is not, in fact, the presence of civil society, democratic leadership, well-designed institutions, or democratic culture that facilitates pluralism, he asserted. Rather, pluralism emerges from authoritarian weakness, which he defined as the existence of an inter-developed ruling party, a weak authoritarian state, and a divided national identity. During his visit, Professor Way met with graduate students conducting research on Russia, Eastern Europe and Central Asia, including political scientists, historians, and sociologists. 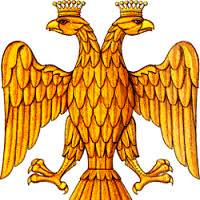