There has been a certain uptick of information in the Russian and western media about recent Russian military activities in the North and South Caucasus. Russia’s air force, Black Sea fleet, 102nd Russian regiment (based in Armenia), as well as its 4th (in South Ossetia) and 7th (in Abkhazia) held several simultaneous maneuvers. There has also been news that Russia's Southern Military District’s forces, whose responsibility includes the entire Caucasus region, have been re-equipping relatively fast. Should this information be interpreted as a sign of a dynamic development of the Russian presence in the region, or as an attempt to deliver a certain “power” message to neighbors?

After the 2008 August war with Georgia, Russia’s Southern Military District became especially significant and prioritized for modernization (though the 102nd Russian military base in Armenia fall behind in this process). Along with this, one can say that there is also a projection of power, which is most likely projected internally and connected with the upcoming 2014 Sochi Olympics rather than addressed to Russia’s neighbors in the South Caucasus. There is, though, some temporary coldness in Russian-Azerbaijan relations because of Baku’s decision to move the Russian Gabala Radar Station out of Azerbaijan – perhaps Russia’s strengthening and modernizing of its 102nd regiment in Armenian (Gyumri) is connected with this. Indeed, there has been an activation of Armenian-Russian military cooperation, though not publicly articulated (and further significant development here is unlikely). Regarding Georgia, Moscow continues to hold a pause in Russian-Georgian relations as it follows the moves of Premier-Minister Bidzina Ivanishvili.

Overall, Russia’s recent military activities may be characterized rather simply as a tempest in a teapot. 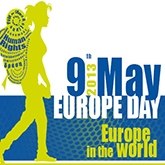