(The Conversation) When Russian opposition leader Alexei Navalny announced his candidacy for the 2018 presidential election, he was seemingly blocked from running for office. But then, in early March, he posted an hour-long investigation into Prime Minister Dmitry Medevedev’s wealth on YouTube. Using drone footage and Medvedev’s own Instagram account, the video alleged that Medvedev used a complicated scheme to channel billions of roubles into mansions and a yacht.

Once the video went live, Navalny called for nationwide anti-corruption protests on March 26 – and they ultimately drew an estimated 60,000 participants in more than 80 cities. More than 1,000 protesters were arrested in Moscow, including Navalny and his entire staff; Navalny himself was fined 20,000 roubles (£280) and sentenced to 15 days in jail.

Nonetheless, the opposition will take heart from what happened. While most attention was focused on what happened in Moscow and St Petersburg, what really energised Russia’s opposition was the turnout and demographic of the protests across the country. Comparisons with the country’s “For Fair Elections” protests of 2011-2012 are inevitable – and the differences are striking. […] 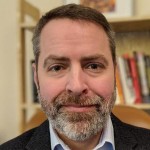