The Caspian Forum held in Istanbul clearly demonstrated the 21st century’s facets of state capability. Economic interests are only achievable within a wide framework of security, geo-political, socio-cultural, and humanitarian endeavors. This recalls soft power approaches: interdependence, spillover effects, the tricky balance between interests and values, and ultimately region-making.

Within the soft power logic, interdependent are not only countries, but also issue areas. The possession of military forces or extractive resources usually does not bring desired results. Oil and gas have to be extracted and transported through cross-border and trans-national projects. The application of military force can often result in highly negative political implications (as Russia’s diplomatic isolation regarding its recognition of Abkhazia and South Ossetia has demonstrated). The Caucasus and the Caspian Sea region give the most convincing examples that there are no hard power solutions for situations involving ethnic conflicts or religious clashes.

This is why spillover plays crucial role as part of soft power approaches. Investments projects can foster solving security issues. As John Roberts a senior “Platts” analyst assumed, there are always normative repercussions of energy projects, as exemplified by the growing attractiveness of the culture of partnership, sustainability, transparency, social responsibility of business, etc. For example, Azerbaijan, through the Heidar Aliev Foundation, invests in projects supporting gender equality, literacy, human capital development, linguistic diversity, education, environmental protection, and more—all showing shows “with whom we are and in which direction we are going,” as a top-level public officer from Baku claimed.

Balancing interests and values is another important point in soft power agenda. Ultimately, what the Caspian Forum discussed is not only a variety of energy projects, but also something more demanding: the prospects of this region’s integration with the Euro-Atlantic community. However, the EU normative agenda, which is usually perceived as values trumping over interests, was not very welcome at the Forum. This was evident, for example, by the complete absence of EU podium speakers, and general disinterest in the EU-sponsored Eastern Partnership program. On the contrary, speakers from the United States, United Kingdom, and NATO were the main discourse-makers. By the end of the day, the gist of the discourse became clear: countries such as Azerbaijan and Georgia are important to the West as security providers, but their domestic progress with democracy also matters.

All this has a lot to do with the model of region-making that the Caspian Forum promoted. Britain’s Lord John D. Waverley dubbed the Caspian region a “global energy power”—an appealing metaphor for inscribing it into a wider set of geo-economics and security relations. Former U.S. Defense Secretary Robert Gates referred to a “broader Caspian region”—an elegant formula that is supposed to give floor to extra-regional actors in issues involving security and energy. A softer version was aired by Siddharth Saxena, chairman of the Cambridge Central Asia Forum, on the idea of a “greater Caspian neighborhood.”

Turkey wishes to be recognized as a Caspian country, relying on its exceptional relations with Azerbaijan. Ali Hasanov, chief of the Public Policy Department of the Presidential Administration of Azerbaijan, confessed that “we have chosen the Baku-Ceyhan pipeline route because we trust in Turkey’s support. We are a real family.” The special relationship between Azerbaijan and Turkey might indeed foster economic projects by decreasing risks and transactional costs. Yet it is not only a matter of ethnic affinity, as Levan Dolidze, the first deputy defense minister of Georgia, said, because Georgia is also  a key security partner with Turkey. Naci Koru, the deputy minister of foreign affairs of Turkey, confirmed that his government is especially interested in promoting such political triangles (e.g., Turkey–Azerbaijan–Iran and Turkey–Azerbaijan–Georgia).

By the same token, the United States has already politically supported the legitimacy of bilateral (i.e., between Azerbaijan and Turkmenistan) agreements on divisions of the Caspian Sea floor even in the absence of a comprehensive agreement between the five littoral states. This is a clear challenge to Russia who deems that no external power can have a legitimate voice in decisions concerning the Caspian Sea’s resources, and that only the five bordering states can find a legal solution.

All this brought back to discussion the concept of a region as largely defined from the outside and lacking a common identity (like the Caucasus). But some of the elements of discursively shaping the “broader Caspian region” were quite visible at the Forum. Its construction presupposes that Russia and the EU play the roles of “external others”: both are partners but not indispensable elements in the emerging regional infrastructure.

Robert Gates did not even mention the EU among those top actors that have vested interests and abilities to protect them in Central Asia and the Caucasus. While Russia is excluded from regional settings mostly by political reasons, Europe is by and large portrayed merely as an association of consumer countries increasingly dependent on external energy supplies.

Two other countries are attributed the roles of “internal others.” Iran is economically important but politically troublesome, while Armenia is pushed out of the Caspian Forum discourse and features only as an occupier of Nagorno-Karabakh. If Russia thinks that Armenia is its strategic outpost in the Caucasus, this might be an illusion that comes with a high price to pay. We could be seeing Russia’s growing alienation from a regional milieu that develops beyond Russia’s control and which doesn’t take into serious consideration Russia’s voice.

All in all, political repercussions of the forming constellation of forces in this part of Eurasia abound. Some speakers referred to the Caucasus, Central Asia, and the Caspian Sea as post-imperial regions, which is largely true, and carries the implication that imperial policies, often associated with Russia, would be rebutted here.

But the Silk Road, as we were reminded, was a colonial concept as well. However it sounds quite appealing. Perhaps, because it is grounded in an economic rationale and looks for an institutional basis. In this light, rethinking and even resignifying its imperial legacy can be viewed as an important element of Turkey’s soft power policy in neighboring areas. In the words of Muammer Turker, secretary general of Turkey’s National Security Council, the disintegration of the Ottoman Empire didn’t bestow long-term peace and stability for the world of Turk people. Ultimately, it is the Turkish imperial legacy—like the restoration of ancient monuments in Crimea or Bosnia-Herzegovina—that is one of the focal points for Turkey’s soft power projection.

With a final word on Russia, it is clear that Moscow faces new types of power mechanisms on its southern periphery. These have emerged from a combination of global governance tools and regional institutions. Tim Gould from the International Energy Agency is right in that Russia cannot stop these processes and many will probably end up challenging Russia’s policies (take for instance the role of Russian troops in separatist regions). Of course, Russia can continue to claim that it is NATO and the EU that are eager to deprive Russia’s neighbors of their independence, but the Kremlin’s role as the defender of sovereignties resonates less and less. 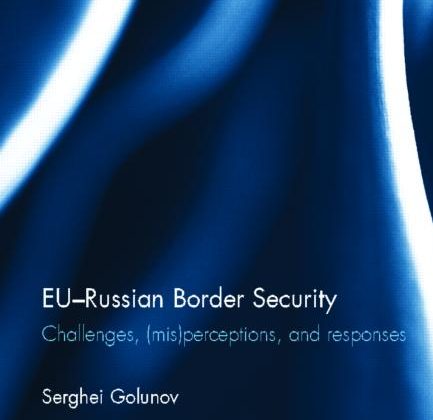