This year, the debates at the recent Baltic Development Forum in Turku, Finland, were heavily influenced by the crisis in Russian-Ukrainian relations. This was for good reason. The Council of Baltic Sea States (CBSS) summit was cancelled owing to the sharp disagreements between the EU and Russia on developments in Ukraine. The Baltic Development Forum’s newly-published 2014 State of the Region Report begins with:

"Today, we can say that 2014 is not a year of business as usual for our region. For the first time ever, the CBSS political level event meeting of the Prime Ministers has been cancelled. Russia, one of the Member States of the Council of the Baltic Sea States, has just annexed a part of the territory of an observer state to the organisation.”

"The Russian economy is paying the price for Russia's policies in Ukraine… The massive capital flight and the uncertainty about sanctions and other policy measures will only make it harder for Russia's economy to do well. This hurts the region…”

The Forum defines the Baltic Sea Region (BSR) as including 11 nations and more than 100 million inhabitants: the Baltic countries Estonia, Latvia and Lithuania, the Nordic countries of Denmark, Finland, Iceland, Norway and Sweden, Northern Germany, Northern Poland, and Russia’s Northwestern region including Kaliningrad.

To understand the current state of affairs one has to keep in mind that the BSR from the onset was focused on two major priorities:

The first aim is being successfully attained. In many respects the BSR is indeed a success story of a networked regionalism where soft security prevails over hard security, and states are not necessarily the key drivers for change—there are plenty of regional initiatives promoted by corporations, NGOs, professional associations, cities, Universities, etc.

But the second goal—involving Russia—remains utopian. The Kremlin's voluntary self-detachment from Europe reached its peak with Russia's policy toward Ukraine that farther alienated Russia from its western neighbors (even though some of them continue “business as usual” due to pragmatic considerations).

This year's Baltic Development Forum proved, in an optimistic reading, that Russia is a very hard partner to deal with. In a more pessimistic interpretation, Russia simply doesn't fit in with the mostly horizontal, post-sovereign, and post-national model of integration that is unfolding and maturing in the BSR.

It is not only about disconnections on Ukraine. On most measurable socio-economic criteria, Russia holds the lowest position in the region. Russia’s backlog is enormous.

Russia's Overall Competitiveness ranking is far below the BSR average—closer to Vietnam, Serbia and Ukraine.

Russia's positions in the Social Infrastructure and Political Institutions index, which includes the rule of law and human development, is much worse than that of the worst performing BSR countries. The same goes for the Corruption Perception index, the Logistic Performance Index, and Educational Performance.

In Perceived Country Capacity to Attract Talent, Russia features below all Baltic neighbors except Latvia, Poland and Lithuania.

In most of the components of the Financial Market Infrastructure index, Russia is the worst among all Baltic states (except “ease of access to loans” and “venture capital availability”).

In Cost of Doing Business, Russia is the absolute loser. The same goes for the Administrative Regulations Index.

In the Company Sophistication Index, Russia is a total BSR outsider.

According to the Report, Russia ranks top on labor mobilization but at the bottom on labor productivity.

Russia's composite rank in the Competition index (112) is far lower than that of the worst Baltic country, Poland, which ranks at 48. A similar situation goes for its indices on Labor Markets, Sophistication of Demand, and Supporting Industries, where Russia has no chances to catch up even to the lowest ranking Baltic economies.

There are also political roots in the troubles with Russia's participation in the BSR. Russia's presidency of the CBSS in 2013 revealed a deep miscomprehension from the part of Moscow of what the BSR is all about. Instead of promoting networking and plugging in to the existing interactive opportunities, Moscow simply transposed to the regional policy various issues from discussions at the EU-Russia level (such as visa facilitation talks) and tried to impose a political agenda (such as "fighting extremism"). On all accounts, regional policies became hostage of larger (geo)political rifts.

Besides, as the Kremlin's propagandistic rhetoric in Ukraine unveiled, extremists, in the eyes of Moscow, are those who deny Russia's hegemonic ambitions and question the right of the former Russian empire to defend Russian speakers all across the globe. In a practical sense, it is evident that in the years to come, European governments won't keep wasting money on symbolically engaging Russia. There is an emerging understanding that widely-advertized EU-supported regional projects, such as the EuroFaculty in Pskov, failed to provide any anticipated effects.

Some European speakers at the Baltic Development Forum mentioned with regret that a significant part of Russian students studying in the Baltic countries remain deeply pessimistic about their career opportunities in Russia. Russia is definitely not a source of innovative initiatives in the BSR. At best it is a pragmatic user of EU resources, or simply a bystander. Some of the new concepts important for the BSR, like “blue maritime growth” projects, completely befuddle Russia.

And in some areas, BSR priorities are direct challenges to Russia's interests, for example in the case of diversification of energy sources, energy efficiency programs, and new energy-saving technologies. Further, the Estonian prime minister in his speech at the Forum, dubbed Internet access as one of the "human rights," which is in contrast to the outlook of Russian policymakers who consider social media either as a battlefield to fight or an object of administrative surveillance, regulation, and manipulation.

An advisor to the Russian Ministry of Regional Development in Turku publicly deplored the lack of intention from the EU to coordinate regional policies with Moscow. Russia refers to its concept of developing its Northwest Federal District as tantamount to the EU Baltic Sea Strategy. But Russia's policy on this applies only to its domestic territories, not the BSR as an interconnected whole. In this respect, it just can't be compared with any EU-promoted, region-building projects. Besides, as the discussions in Turku unveiled, no international expert has ever read Russia's documents on regional planning since they are unavailable in foreign languages. This illuminating detail tells us a lot about Russia's approach to this vibrant region.

Excerpt p. 6: "How, then, can the BSR bridge the widening gap between Europe and Russia? With few options seemingly remaining, Andrey Makarychev and Alexandra Yatsyk introduce a potential field of co-operation, in the form of mega-events in Russia. Their chapter ["Mega-Events, City Branding, and Soft Power: The Cases of St. Petersburg and Kaliningrad"] discusses identity politics in light of the FIFA World Cup 2018 in St. Petersburg and Kaliningrad." 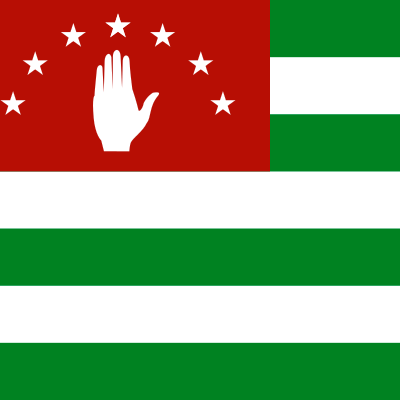