Recent events have reinvigorated the debate about the official and unofficial use in Ukraine of the Russian language, which has long been a part of Ukrainian society. Local political parties and external actors have used Russian and Ukrainian language cards during electoral campaigns, connecting language use to identity and politics to sway public opinion. After the collapse of Victor Yanukovych’s regime, Ukraine’s new parliament repealed a controversial 2012 language law that gave Russian (and some other languages) official status in regions where they are dominant. The repeal was vetoed by Ukraine’s acting president and never came into force, but it nonetheless provoked unrest in the south and east, specifically in Sevastopol, Kharkiv, and Odessa. It also enabled Russia to accuse Ukraine of suppressing the political rights of ethnic Russians and gave Moscow a pretext for its military intervention in Crimea.

In Ukraine, there are two main groups of language users, which tend to be associated with the country’s political divisions. The first group has geographically been based in the larger part of the country, in the south and east, which was part of the Russian Empire for hundreds of years. It associates itself historically and traditionally with Russian language and culture. At present, certain Ukrainian political parties like Rodina (a pro-Russian party based in Odessa) and Russkiy blok (an alliance of parties that includes Za Rus Edinuyu and Russko-Ukrainskiy Soyuz), as well as the transnational Russkiy mir foundation, try to connect Russia’s cultural and linguistic heritage to the influence of contemporary Russia over Ukraine. The positions of such parties and movements are quite aggressive and radical. They consider Russian to be the legitimate “civilized” language of the cities and Ukrainian just a “country dialect,” spoiled by the intrusion of Polish linguistic and cultural heritage. They negatively regard any expansion of Ukrainian language and culture, considering it an attempt to erase Slavic identity: to “cut Russia off from the southern seas, push it to the north, and launch the process of ultimately dismantling the Russian state.”[1] In their opinion, this leads to the cultural degradation of the Ukrainian population and ultimately the isolation of Russian minorities into ghettos surrounded by hostile environments. These groups have made the term “Ukrainians” synonymous with “enemies,” “traitors,” “Banderovtsy”(a reference to the Ukrainian World War II-era nationalist leader Stepan Bandera), and a “fifth column” helping the West to weaken Russia. They insist that Russians are segregated in Ukraine. They regard the 2012 law on languages as only a very modest step toward the protection of Russian-language rights, since it also provides other regional languages equal rights, alongside the one with “undeniable superiority over all other European languages” (words, ascribed to the poet Alexander Pushkin, written on advertising billboards all over Odessa). This extreme approach does not support dialogue or compromise but a serious conflict that cannot be won.

At the same time, one of this group’s arguments is difficult to ignore: statistically, the Russian-speaking “minority” in Ukraine makes up 30-40 percent of the population. This is enough to lay claim to Russian as a state language, similar, for example, to the evolution of English as an official language in British colonies like India, Ireland, and Malta. Surveys conducted in 2013 suggested that Ukrainian self-identification often includes use of the Russian language, as 35 percent of respondents called Russian their native language and nearly half of respondents claimed Russian was an easier language for them to speak (another 13 percent said they spoke Russian and Ukrainian equally well).[2] Partly due to these circumstances, the influence of Russia on the political life of Ukraine is so strong, as Russia’s infamous policy on “protecting Russian populations” outside its borders does not apply to ethnic Russians alone but also Russian speakers. As we have seen in Crimea, this approach may be used as a pretext for military aggression against a sovereign state.

The Russian Orthodox Church also exerts influence in the sphere of language politics. It does this, in particular, through the concept of “Russkiy mir,” according to which Russians, Ukrainians, and Belarusians constitute the so-called “Russian World,” a single civilizational space united by Russian language and culture. This concept tries to revive the unanimity of the three nations, hearkening back to the Russian Empire and Soviet times and also setting them collectively apart from Western civilization. Appearing to justify Russia’s military intervention against Ukraine, a Russian Orthodox Church spokesperson spoke approvingly of a past statement by the Church-backed World Russian People’s Assembly that “the Russian people is a split nationality on its historical territory and has the right to be reunified as a single governmental body.”[3]

Elections are always a prime time for the utilization of pro-Russian arguments. The pledge to make Russian the second state language was one of the main pledges of President Leonid Kuchma in 1994. It was a gambit that Victor Yanukovych and his Party of Regions also used, resulting in the adoption of the law on languages in 2012. When the Ukrainian parliament initially reversed the law after deposing Yanukovych, Russia used it as justification to occupy Crimea “to defend Russians” on Ukrainian territory.

On the other side of Ukraine, however, is a second group—those for whom the unlimited spread of the Russian language means a certain displacement of Ukrainian. This group has been associated with Western Ukraine, where national traditions are very strong, and also with Kyiv, where national ideology is being formed today. This group does not accept Russian as a second official language, as they believe it interferes with the construction of a Ukrainian nation and state. Members of this group consider the Ukrainian language to be deprived of its proper status and opportunity. In particular, they say that language is the foundation for building the nation, and the ubiquitous use of Russian kills this possibility by marginalizing Ukrainian to a narrow area of domestic communication. They consider that the Ukrainian language has to be cared for through the conscious limitation of Russian, which is the day-to-day language for culture, information, and business in the largest Ukrainian cities. Russian linguistic soft power has also played an active role in perpetuating the dominance of the Russian language.

The attempt to repeal the law on languages unleashed the hardcore positions of both language groups. Just when it was necessary to unify the nation, parliament made a dangerous misstep. The right-wing nationalist Right Sector movement insisted on the necessity of de-Russifying Ukraine while Russkiy blok rose to defend the rights of Russian-speakers against armed Banderovtsy.[4]

However, this ideological fight is hollow in the face of reality. To begin with, the repeal did not come into effect since the acting president of Ukraine, Oleksandr Turchinov, rejected it. Moreover, Ukraine ratified the European Charter on Regional or Minority Languages in 1996 and gave Russian the status of a regional language in many parts of the south and east of Ukraine.[5] The only effect of the law on languages was to tip the existing legal balance toward Russian. Repealing the law would have only leveled the playing field again.

Today, the possibility of actually displacing the Russian language throughout Ukraine is unimaginable. The idea is not a productive or realistic one. The current challenge to surmount is that political parties and actors are intentionally using language issues to destroy dialogue and integration.

One popular cliché is that a person using the Russian language means he or she has a close political connection to Russia. Surveys cast doubt on this claim. According to a June 2013 poll conducted in the city of Donetsk, the number of local respondents between 18 and 45 years old who identify as Ukrainians ranges between 60 to 75 percent, while 99 percent of all respondents preferred to take the survey in Russian.[6] Is not a bilingual Ukraine feasible? A large “Russian-speaking Ukrainian Nationalists (RUN)” group conducts discussions in Russian on the popular social network VKontakte. Its members consider Ukrainian to be the only official language but say that the transition to Ukrainian should be gradual and that no languages should be suppressed or humiliated on the territory of Ukraine.

As Ukraine finds its feet, it is a mistake for those on either side of the language divide to politicize linguistic matters. There is far more to nation-building than language. Only a small portion of the Ukrainian population sees themselves as being part of Russia—according to an April 2014 survey by the Kiev International Institute of Sociology conducted in the south and east of Ukraine, only 8.4 percent consider that Ukraine and Russia should be united in one state and only 15.4 percent support the unification of their region with Russia.[7] Fortunately, the majority of Russian-speakers in Ukraine have shown a strong solidarity with their Ukrainian-language compatriots, standing together against Russian aggression and the attempts to cleave Ukrainian society and territory.

Central Asian Students between Russia and the West 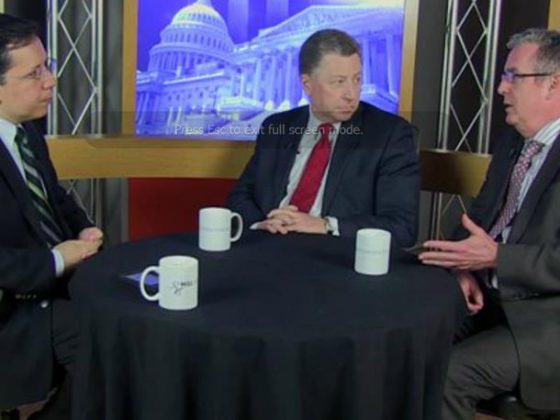 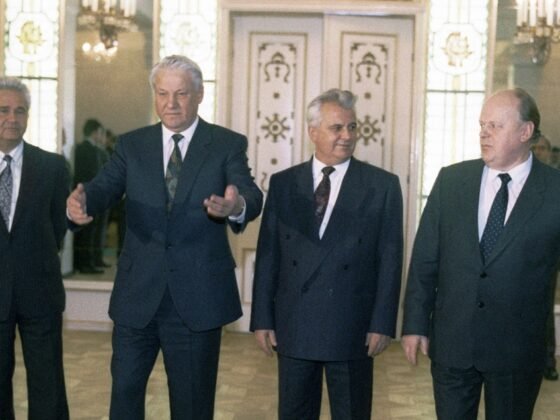 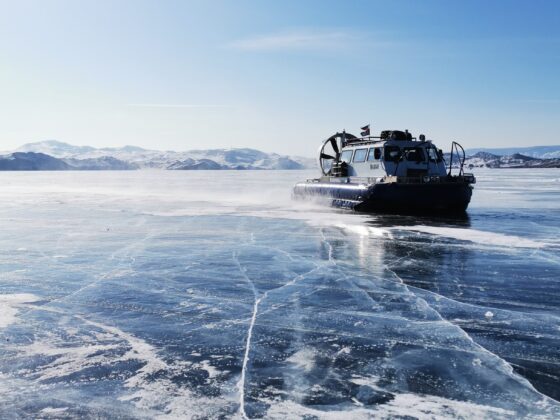