Russia’s annexation of Crimea is reshaping the geopolitical map of Europe and sending ripples of apprehension across the South Caucasus and wider Black Sea region. Amid Moscow’s direct involvement in eastern Ukraine, many Georgians are closely monitoring all regional foreign policy developments. With a tradition of friendly and strategic relations between Tbilisi and Kyiv, Georgians see the struggle for Ukrainian sovereignty as an analogue of their own fate.

Events in Ukraine have made national security a top priority for governments throughout the post-Soviet region. In Georgia, fears that a similar crisis can spread to Georgia have increased. In an April 2014 survey of nearly 4,000 Georgians commissioned by the National Democratic Institute,[1] half of the respondents viewed Russia as “a real and existing threat,” a proportion considerably higher than before the start of the Ukraine crisis in November 2013. The reaction in Georgia has been strongly in support of Ukraine. Tbilisi dispatched political and humanitarian support to Kyiv, including a humanitarian medical mission (vital medicine, equipment, doctors), while hundreds of demonstrators gathered on the streets nightly, waving Ukrainian flags, lighting candles, and singing Ukraine’s national anthem. Some Georgians have even gone to fight in Ukraine to support its territorial integrity.

Although distinct in their origins, Georgia and Ukraine were part of the same states for nearly 200 years. After the Soviet Union collapsed, Georgia was disillusioned by Russia’s tacit support for Georgia’s separatist regions, and Tbilisi had no choice but to be engaged in an unfolding pattern of alliances involving both smaller regional powers and great powers outside of the region. Georgia’s political calculus also included the quest to find fellow states in the immediate neighborhood to rely on as strategic partners. Ultimately, Georgia’s search for “Suliko” (soulmates) in the post-Soviet region resulted in the establishment of strategic relations with the new Ukrainian state. Due to their shared history and similar political and economic conditions, the two states have since reached a high level of political, security, and economic cooperation. The fact that both nations are Orthodox Christian with churches that have been revamping relations with the Moscow Patriarchate has also played a role in cementing their regional bonds.

Despite leadership changes in Georgia and Ukraine, both states have more or less seen themselves as fighting a common battle against Russian domination in the post-Soviet space. Although there are significant internal and external political differences between Georgia and Ukraine, joint efforts resulted in the creation of the GUAM group (Georgia, Ukraine, Azerbaijan, and Moldova), which was established partially as an attempt to counterbalance Russia’s influence in the region. Now that Georgia and Ukraine, two Black Sea states, have had democratic revolutions, both have gradually begun to closely identify with the European Union, NATO, and the United States as security partners. As a result, both countries were considered, albeit unsuccessfully, as potential candidates for a Membership Action Plan at NATO’s Bucharest Summit in 2008, strengthening their “solidarity” in a shared Euro-Atlantic destiny. The recent signing of far-reaching Association Agreements with the EU has further reinforced bilateral relations between Georgia and Ukraine, as both countries have now committed themselves to EU standards and, together with Moldova, have bound themselves closer to the West. Ukraine, Moldova, and Georgia remain strongly committed to European integration and supporting Western policies. While other Eastern Partnership (EaP) states failed to sign Association Agreements for various reasons, there is hope that eventually the West may see its links with Kyiv, Tbilisi, and Chisinau as strategic allies for the coming decades, in much the same way that the Baltic states were decoupled from the “post-Soviet” framework and completed the process of European and transatlantic integration.

Why the Ukraine Crisis Matters for Georgia

Many in Georgia believe that the actions of Russia in Ukraine are a repeat of what happened in Georgia in August 2008. Distribution of Russian passports, reinforcement of military infrastructure and units, and the decision to protect the “interests of compatriots” with military force are all viewed as a violation of the internal affairs of a sovereign state. There is also a strong conviction that Russia’s moves against Ukraine might have been unsuccessful, or never even begun, had the international community paid more attention to the 2008 Russia-Georgia war. The weak Western reaction to Russia’s invasion of Georgia allowed Moscow to think it could get away with seizing Crimea as well.

While some voices in the West blamed Georgia for provoking its war with Russia and called for more restraint vis-a-vis Moscow, the Ukraine crisis has exposed that whatever tactic the West may prescribe for self-defense, it cannot do much to stop the Kremlin’s imperialist appetite. While the immediate reaction to Russia’s invasion was dealt with differently by Tbilisi and Kyiv, in both cases the end result was practically the same. Military aggression had disastrous consequences for both countries, ending in the occupation of their territories. Meanwhile, the international community still remains unable to get Russia to comply with its obligations to withdraw troops from Georgia’s occupied regions and now Crimea. Subsequently, the Kremlin’s intervention is seen as a serious precedent that raises concerns about the territorial integrity of Georgia.

There is an expectation, however, that the Ukraine crisis may push Western leaders to take decisive steps to find concrete formulas to beef up the Western integration of the region. This would be much in the same way that the Russia-Georgian war prompted the EU to initiate the EaP, which included Ukraine, Belarus, Georgia, Moldova, Azerbaijan, and Armenia. Though membership in the EaP did not contain any promise of eventual EU membership, it played an important role in consolidating the European foreign perspectives of at least Moldova, Georgia, and Ukraine.

So far, EU leaders have been unable to bridge their differences in order to deliver tangible plans that could change the geopolitics of the region. For its part, Washington is acknowledging the emerging new realities in the wider Black Sea region. One important signal was the recent introduction in the U.S. Senate of the Russian Aggression Prevention Act of 2014. If passed, the bill proposes to treat Georgia, Ukraine, and Moldova, along with Azerbaijan, as major non-NATO allies and pledges their closer interaction with the U.S. military. Though this status does not entail the same mutual defense and security guarantees afforded to NATO members, if passed the bill would affirm the strategic importance of the greater Black Sea region to the United States. Even though the United States is ill-prepared to defend Georgia, Ukraine, and Moldova against Russia today, it is also important to counter any perception that the United States (and the West) have acquiesced to increased Russian dominance in the region.

The issue of Ukraine has been an important factor in the internal politics of Georgia as well. After the Rose (2003) and Orange Revolutions (2004), the political elites of both states enjoyed strong political ties. Based on personal contacts (former Georgian president Mikheil Saakashvili went to university in Kyiv) and revolutionary solidarity, the government under Saakashvili had unprecedented access to Ukrainian politics. During his tenure, Saakashvili managed to establish strong cooperative relationships with a wide array of Ukrainian politicians, including Viktor Yushchenko and Yulia Tymoshenko. Importantly, the links he established were institutionalized by interparty cooperation by affiliation with international platforms like the European People’s Party (EPP) and other European structures. Saakashvili’s United National Movement (UNM) and Ukraine’s Rukh and Batkivshchyna parties garnered the support of like-minded European politicians. Saakashvili and the UNM even tried to influence the 2010 presidential election in Ukraine when they openly supported Tymoshenko over Viktor Yanukovych and sent election observers to Donetsk, Yanukovych’s political stronghold. Even today, the new authorities in Kyiv seem to be partial to Saakashvili. Some of his team members, including Kakha Bendukidze (former Minister of Economic Development), Giorgi Vashadze (former head of the Civil Registry Agency), and others currently work as advisors for different branches of the Ukrainian government.

The policy on Ukraine that the Georgian Dream (GD) government has pursued is a significant departure from the approach its predecessors adopted. Tbilisi has underlined its full support for Ukraine’s territorial integrity and referred to Russia’s occupation of Crimea as a land grab. However, Tbilisi has abandoned its openly anti-Russian rhetoric and has not embraced the Georgian opposition’s request that the government “condemn Russia’s brazen military aggression.” Instead, the Georgian authorities issue carefully-worded statements that seek to avoid irritating Moscow. Unlike previous administrations, the GD government seems less keen to use emotional and critical language against Moscow preferring instead diplomatic idioms. Tbilisi is well aware that the geopolitical stand-off between Russia and the West over Ukraine leaves little space for any meaningful incentives for Georgian diplomacy.

The Ukraine crisis is seen as potentially significant for the Georgian economy. Although the figures are not huge, there are important economic links between Ukraine and Georgia. Ukraine was Georgia’s third largest trading partner in 2013 with $795.1 million in trade turnover,[2] and any kind of political crisis or unrest immediately influences business and economic relations between the two states. Because Georgia cannot rely on the politically-managed Russian market, the Ukrainian market is of significant importance as a regional alternative to Russia. It is still not clear how trade between Ukraine and Georgia is being affected due to the current crisis, though Georgian experts fear the impact is negative. One positive element for Georgia, however, are inflows of Ukrainian tourists who would otherwise have vacationed in Crimea.

Even though Georgia and Ukraine can celebrate their closer ties with the EU, it is clear that neither will persuade the EU or the United States to oppose Russia militarily. On the other hand, given the current circumstances, some experts see the possibility of accelerated NATO support for Georgia, Ukraine, and Moldova. At the moment, however, this is unlikely. In the aftermath of the September NATO summit in Wales, it is clear that neither Ukraine nor Georgia are on a direct path to NATO membership. While Tbilisi’s Western trajectory so far remains unchallenged, concerns persist that Russia’s proxy war in Ukraine, if continued, could have long-term effects on security dynamics in the South Caucasus and its longstanding conflict zones, as well as on the political landscape in Georgia, where old and newly-emerging pro-Russian political forces still wait for their call. With tensions high after summer clashes between Azerbaijani and Armenian troops over Nagorno-Karabakh, the situation concerning regional peace and security is all the more grim. Recent declarations from Georgia’s breakaway republic South Ossetia about holding a referendum on joining Russia has also aroused suspicions that Russia is preparing to annex this region. For now, however, it seems that Moscow does not wish to invite further international criticism over moves it might make on Georgia’s separatist regions. Still, Georgian officials cannot be complacent regarding Moscow’s designs toward South Ossetia. Georgia’s present flirting with the Kremlin does not alter the perpetual intentions of the Russian Federation: to keep Georgia, Ukraine, and other post-Soviet states within its sphere of influence and to divert them from a European path. It is up to Western leaders to respond to this challenge and to responsibly address security concerns in the greater Black Sea region.

[1] Luis Navarro, “Public attitudes in Georgia: Results of a April 2014 survey carried out for NDI by CRRC-Georgia and funded by the Swedish International Development Cooperation Agency (Sida).” Available at: https://www.ndi.org/files/Georgia_April_2014_Survey_English.pdf 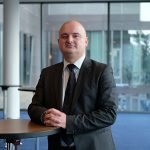 Approaches to State- and Nation-Building in Russia’s Ukraine Policy