This collection, The Vilnius Moment, is based on the proceedings of a December 2013 workshop of the Program on New Approaches to Research and Security in Eurasia (PONARS Eurasia), held in collaboration with the European Institute of Political Studies in Moldova (EIPSM). The workshop, “The Future of the EU-Russia Neighborhood,” centered on the development of EU relations with its Eastern neighbors in the aftermath of the November 28-29 Eastern Partnership Summit in Vilnius.

At the time, no one could have foreseen the momentous developments that were to take place in Ukraine in the aftermath of the Vilnius Summit. At the workshop, we explored the significance of the association agreements that Moldova and Georgia initialed with the EU. We grappled with the Ukrainian decision to postpone the signing of its association agreement and the rapid rise of the Euromaidan movement. We assessed the future of EU and Russian relations with other Eastern Partnership states, Armenia, Azerbaijan, and Belarus, and sought to understand how a heavily technocratic series of agreements had given rise to such acute geopolitical competition. The persistence and transformation of the Euromaidan movement, the heavy-handed reaction of Ukrainian authorities, the tragic violence and sudden collapse of the regime, and, finally, the Russian intervention in Crimea—all still lay ahead.

This volume includes 13 policy memos originally prepared for the workshop. Most of these were published online from December 2013 to March 2014 and are reprinted here in original or mildly revised form. Four memos by Eiki Berg, Ludmila Coada, Tamar Khuntsaria, and Yuriy Matsiyevsky are new to the volume.

Part I addresses EU and Russian policy toward the “common neighborhood” and EU-Russian relations. Eiki Berg, Andrey Makarychev, and Andrey Devyatkov assess the rise of EU-Russian competition in the region and the unintended emergence of the EU as a geopolitical actor. Yulia Nikitina assesses the negative impact geopolitical competition has on states in the region and argues that the EU and Russia should focus more on “regional empowerment” than on integration and dependence in either direction. Serghei Golunov examines the pitfalls and possibilities of an underappreciated aspect of cross-border cooperation across EU and Russian borders – the “grey trade” in consumer goods between the Baltic States, Poland, and Russia.

Part II focuses on Moldova and Georgia. Ludmila Coada and Tamar Khuntsaria discuss the accomplishments of these Eastern Partnership “frontrunners” while exploring the economic and social challenges that lay ahead. George Gavrilis analyzes the political economy of Moldova’s Transnistrian conflict and cautions against assuming that Moldova’s closer association with the EU will inevitably resolve the longstanding dispute.

Part III centers on Ukraine. Olexiy Haran and Maria Zolkina chart Ukraine’s zigzag path toward European integration and argue that Ukraine’s divided population is not as much of an obstacle to a westward course as it might seem. Yuriy Matsiyevsky assesses the ways in which a competitive authoritarian regime might have evolved if Viktor Yanukovych had stayed in power, as well as the causes for the regime’s demise and the challenges Ukraine faces in consolidating its democracy.

Part IV investigates the foreign policies of other Eastern Partnership states and the ways in which “client” states can influence patrons. Sergey Minasyan and Anar Valiyev explore the nuances of Armenian and Azerbaijani foreign policies toward the EU and Russia and argue that both states are likely to continue trying to navigate a middle course. Arkady Moshes analyzes an economic spat that was the latest episode in the love-hate relationship between Belarus and Russia, concluding that Russian fears of “losing” Eastern Europe have given Minsk disproportionate leverage over Moscow. Finally, Scott Radnitz explores the use of lobbying in Western capitals by Azerbaijan and Georgia as a balance against the greater political heft of international and domestic opponents.

We know you will find these policy perspectives informative and thought-provoking. Many individuals were instrumental in the production of this volume, as well as the organization of the workshop that generated it. In addition to all authors and conference participants, we would like to especially thank our colleagues and co-organizers at EIPSM, Viorel Cibotaru and Alexandru Platon; Managing Editor Alexander Schmemann; Program Coordinator Olga Novikova; Visiting Fellow and Russian Editor Sufian Zhemukhov; Graduate Research Assistant Daniel Heintz; IERES Executive Associate Caitlin Katsiaficas; and IERES Director Peter Rollberg.

PONARS Eurasia is a network of 100 academics, mainly from North America and post-Soviet Eurasia, who advance new policy approaches to research and security in Russia and Eurasia. Its core missions are to connect scholarship to policy on and in Russia and Eurasia and to foster a community, especially of mid-career and rising scholars, committed to developing policy-relevant and collaborative research.

PONARS Eurasia, together with the George Washington University’s Elliott School of International Affairs, expresses its deep appreciation to Carnegie Corporation of New York and the John D. and Catherine T. MacArthur Foundation for their support. 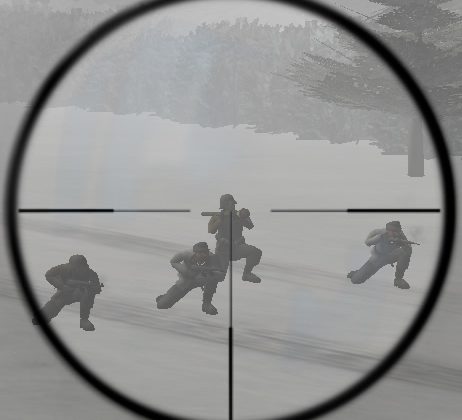 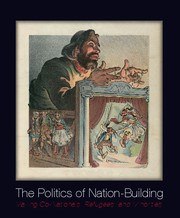