There are two ways to talk about a Russian person or thing in the Russian language.  One way, “Rossisskii,” refers to Russian citizens and the Russian state.  Someone who is ethnically Chechen, Tatar, or Ukrainian can be “Rossisskii” if they carry a Russian passport and live on Russian territory.

Up until now that is how Russian President Vladimir Putin has always referred to the Russian people.  Even the rather aggressive pro-Putin Russian youth movement of a few years back, Nashi (or “ours”) — with its summer camps, mass calisthenics rallies, and ugly jeering at opposition politicians — was always careful to use the word “Rossisskii.”  While some critics like Valeria Novodvorskaya portrayed Nashi as if it were some kind of updated version of the Hitler youth, the group in fact never took on an ethnic slant.

That all changed on Tuesday.  In his Kremlin speech to the two houses of the Russian parliament, Putin made a fateful choice.  Instead of sticking to the word “Rossisskii,” he slipped into using “Russkii,” the way to refer in the Russian language to someone who is ethnically Russian.  Putin said, “Crimea is primordial “Russkaya” land, and Sevastapol is a “Russkii” city.”  He went on to say, “Kiev is the mother of “Russkie” cities,” in a reference to the ancient city of Kievan Rus’.  (This reference must have grated on the ears of Ukrainian nationalists; as scholar Andrew Wilson points out, the historiography of Rus’ is fraught with the question of contested national origins.)

When speaking of the collapse of the Soviet Union, Putin added, “Millions of ‘Russkii’ went to sleep in one country and woke up in another, instantly finding themselves ethnic minorities in former Soviet republics, and the ‘Russkii’ people became one of the largest, if not the largest, divided nation in the world.”

Putin thereby signaled a crucial turning point in his regime.  He is no longer simply a Russian statist, an old KGB man who wants to recapture Soviet glory, as Brookings analysts Fiona Hill and Clifford Gaddy argued in their fascinating 2013 biography.  Instead Putin has become a Russian ethnic nationalist.

It is no longer far-fetched to think that Ukraine might go the way of the former Yugoslavia, as German journalist Jochen Bittner argued in Tuesday’s New York Times.  The possibility of ethnically motivated violence there looms on the horizon.

But Putin’s speech Tuesday indicates that Russia itself might be headed in that direction, too.  Putin may be tempted to go the way of Slobodan Milosevic, the communist leader of the Yugoslavian region of Serbia who, as Chip Gagnon contends in his award-winning book, suddenly jumped on the nationalist bandwagon to ensure a political future for himself as the Cold War wound down.  In Putin’s case, the cheering crowds who greeted him at the Kremlin Tuesday night must be a relief after last year’s widespread coverage of corruption associated with the Sochi Olympics.

Nationalist bloodshed might not stop with Ukraine.  Russia is a multiethnic country that has witnessed disturbing incidents of nationalist violence over the past decade, including a huge ethnic riot in a suburb of Moscow in the fall where police appeared to side with ethnic Russians.  There are also significant ethnic Russian minority populations in most of the post-Soviet region.  Already Russian ethnic activists in the Transdniestria region of neighboring Moldova — a de facto state because of the Russian forces that have guarded its borders with the rest of Moldova since 1992 — have asked to join Russia, too.

There are limits to how far Russian ethnic nationalism could reasonably spread. As Galymzhan Kirbassov argued here in the Monkey Cage, Kazakhstan has so far balanced the Russian ethnic equation well, and ethnic Russians there are generally satisfied.  And while Estonia and Latvia have large Russian ethnic minority populations that sometimes chafe at local citizenship policies, the fact that both countries are NATO member-states limits Putin’s options there.

Nevertheless, Russia and its relationship with the outside world may have permanently changed.  The leader of a state that wields a massive strategic nuclear arsenal, controls a significant portion of the world’s petroleum and other raw materials, and holds a veto in the U.N. Security Council, has just revealed his willingness to use force on behalf of ethnic nationalism.

This was the nightmare that Western policymakers hoped to avoid when the Soviet Union collapsed. 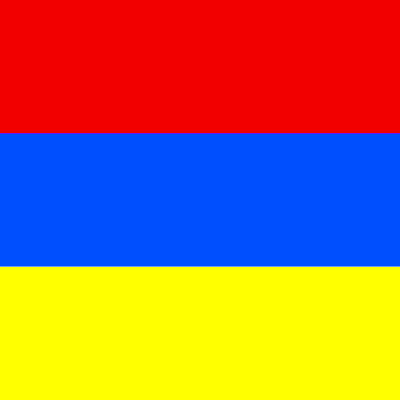 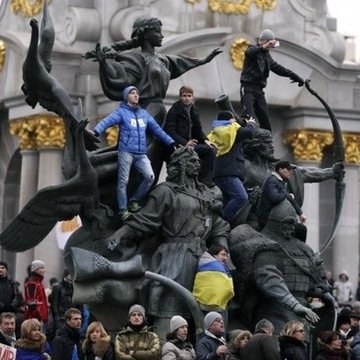