(Daily Sabah) From those on the right to those on the left, many think tankers and journalists in the U.S. are advising President Barack Obama's administration to reconsider Turkey's membership in NATO due to harsh Turkish rhetoric against the U.S. leadership. Some say, the U.S. must relocate its İncirlik Air Base to a neighboring country, Northern Iraq for instance, and focus on its strategic needs without Turkey's threats.

These kinds of proposals lack merit and, for some, it is hard to understand why some seasoned Turkey experts have been pushing this policy line for a long time. First of all, Turkey's exit from NATO would allow Turkish officials to reorient their positioning in the region with serious consequences. Western officials are concerned with Turkey's burgeoning ties with Russia, but trying to sideline Ankara would work in Russian President Vladimir Putin's favor rather than the other way around. Secondly, it also means the EU and U.S. would lose their sphere of influence in the Turkish military and diplomatic cadres because there would be no joint trainings, drills, top meetings, intelligence sharing or anything else. […]

Dr. Şener Aktürk of Koç University said in his latest article that Turkey's new status might be similar to that of France, "a country that has been a U.S. ally but with a set of preferences and priorities that differ significantly from the United States in certain important respects." […] 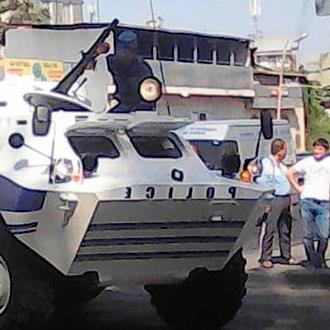