Azerbaijan is located at the crossroads of major Eurasian land and air transportation corridors. Since gaining independence, the Azerbaijani government has actively tried to make the country a bridge between Europe and Asia. Over the last decade, it has invested billions of dollars into commercial infrastructure and transportation projects. It is finalizing construction of the largest port in the Caspian Sea (in Alyat, 60 kilometers south of Baku), it has helped construct the Baku-Akhalkalaki-Kars railroad, and it is turning the Baku airport into a modern hub. Billions have been invested into the road system, significantly decreasing travel times between the Caspian Sea and the Azerbaijani-Georgian border, 550 kilometers west of Baku.

The main idea of these projects is to position Azerbaijan as a lucrative link between Asia, Central Asia, the South Caucasus, and Europe. Baku understands the importance of implementing diversification strategies in anticipation of the depletion of the country’s hydrocarbon reserves. However, some projects may not be sustainable or needed by its counterparts. Geopolitical realities can also frustrate Baku’s plans.

TRACECA: The Mother of All Initiatives

Azerbaijan did not initiate the idea of linking Asia to Europe in the post-Soviet age. After the collapse of the Soviet Union, the European Union initiated projects to re-connect post-Soviet states with the markets of Europe and Asia. A May 1993 conference in Brussels launched the Transport Corridor Europe, Caucasus and Asia (TRACECA) program as a way to spur intermodal transport initiatives.[1] The program received its second wind at a summit in Baku in 1998, when member states established a Baku-based Intergovernmental Commission and Permanent Secretariat. Since then, the EU has invested around $800 million into capital projects and the renovation of ports, railroads, and roads along the TRACECA corridor. Member states have also pursued integration of their infrastructure, tariffs, and logistical chains. By 2007, trade among TRACECA members surpassed $40 billion, while their combined trade with the EU reached $290 billion. Of this, 70 percent of the trade was in oil, with most of the transportation occurring along the Azerbaijani-Georgian segment of the corridor.

In the end, Azerbaijan and Georgia are the two states that have benefited from TRACECA the most. The corridor has also been useful to hydrocarbon states Kazakhstan and Turkmenistan. Overall, the limited non-energy export base of most members of TRACECA, coupled with obstacles related to border delays and controls, custom offices, and corruption, have limited its potential to emerge as a major trade corridor.

Nonetheless, with decreasing oil prices and less profit from the oil sector, Azerbaijan has intensified its efforts to diversify its economy and revive TRACECA and, especially, transportation links with Central Asian states. In January 2015, the working group of the Coordination Committee of the Trans-Caspian international transport route (running from China to Turkey) met in Baku and reached an agreement to intensify container service on the China-Kazakhstan-Azerbaijan-Georgia-Turkey route. Azerbaijani authorities believe that by 2020 around 300-400,000 containers can be transported via this route, bringing billions of profits to its participants. At the start of August 2015, the first container along the route arrived from China at the newly constructed Baku International Sea Trade Port. The container reached Baku in a record six days, traveling more than 4,000 kilometers. This event has appeared to signal a new era in regional transportation links and a revival of the TRACECA concept. This time, however, the countries of the region have been the main implementers of the initiative, and the EU has not been actively involved.

Following the Path of Dubai and Singapore

TRACECA’s woes have not stopped Azerbaijan from staking out a path as a regional transportation hub. Economically, Baku understands the need to diversify, given the volatility of oil prices and the country’s limited reserves. Politically, Baku expects that becoming both a major energy supplier to the EU and a major transportation hub will contribute to making Azerbaijan a political heavyweight in the region, enabling it to strengthen its position in future negotiations with the EU on trade preferences, political engagement, and potentially even membership.

Azerbaijan’s desire to become a regional transit hub is inspired by the success of two countries: Singapore and the United Arab Emirates (Dubai specifically). The main infrastructure projects Azerbaijan is implementing today resemble those undertaken by these two success stories. In particular, Dubai’s Rashid and Jabal Ali Ports, Free Economic Zones, international airport, and other state-of-the-art projects represent vivid models for Baku planners, and the emir of Dubai, Mohammed bin Rashid Al Maktoum, is a revered frequent visitor. Following Dubai’s emphasis on port development, Baku is constructing an enhanced port at Alyat—“the Jewel of the Caspian”—which includes the port, an International Logistics Center, and a Free Economic Zone. The whole project is estimated to cost around $870 million, and it is expected to handle 10 million tons of cargo and 40,000 containers a year (with an eventual capacity of up to 25 million tons of cargo and 1 million containers).

Other transportation links have also been needed. In 2007, the presidents of Azerbaijan, Turkey, and Georgia signed an agreement to construct the Baku-Akhalkalaki-Kars railroad, uniting the three countries via a direct railway link between Georgia and Turkey. Azerbaijan gave Georgia a $700 million loan for construction of the missing link between Akhalkalaki and Kars, as well as the modernization of existing infrastucture. It is expected that when the railway is launched at the end of 2015 it will handle 20 million tons of cargo and around three million passengers annually.

Can Azerbaijan Become a Hub?

Whether Azerbaijan’s major transportation projects are sustainable is a significant question. Dubai appears an appropriate model for Azerbaijan according to certain parameters (political regime, economy, geographic location). However, contrasts between the two can disrupt Baku’s plans. First, geographical constraints prevent Azerbaijan from becoming a regional player. Cities and states that have become successful usually contain ports with ocean access. Singapore, Hong Kong, and Dubai are at the center of sea trade routes. Baku, on the other hand, is effectively landlocked; the Caspian Sea does not have ocean access. Second, compared with Dubai and Singapore, Azerbaijan does not have as much resources to implement so many large projects. Third, unlike Dubai or Singapore, with diversified economies, Azerbaijan’s economy remains dependent on oil, a highly volatile commodity. Baku is currently trying to switch from oil to gas as Azerbaijan’s main commodity of export. However, gas is also volatile and requires massive infrastructure investment as well as appropriate markets. As Iran begins selling its gas, EU customers may end up with abundant amounts.

Finally, Dubai’s success was highly dependent on historical circumstances: surplus international capital seeking profitable investment possibilities in the 1990s and early 2000s. Dubai took advantage of these opportunities and amassed physical and human assets in a relatively short time. Azerbaijan’s rapid development, by contrast, began during a period of global financial and economic crisis, when excess capital rushed to save economies in Europe and elsewhere. The only investment that spurred development in Azerbaijan was its own, which it received from the sale of oil and gas.

Baku faces another problem. There is an absence of understanding and coordination among other key states that are expected to participate in Azerbaijan’s vision. Azerbaijani-Georgian transportation relations are a good example of how intergovernmental coordination enables successful cross-regional transportation projects. But the governments of Central Asia, for instance, have yet to agree that they too can benefit from fast, simple transportation. Unfortunately, interstate relations in the region are often hostage to political circumstances, leading to difficult relations between Turkmenistan and Azerbaijan, for instance, or between Kyrgyzstan and Uzbekistan. In addition, the recently-established Eurasian Economic Union (EEU) can now be expected to compete more robustly with major transport corridors seeking to bypass Russia.

Despite the challenges accompanying Azerbaijan’s plans to be a regional transportation hub, there is still a chance of success. Today’s fast growing economies of China and India have great export growth. Their trade with Europe is also growing. With recent turmoil in Yemen, piracy off the Somalia coast, and other complications, maritime transportation may not always be the best (or only) option for trade between Asia and Europe. If Azerbaijan can catch a small share of the trade from China, India, and ASEAN state, on top of trade from Central Asia, it could still see a return on its investments.

This, however, may depend on the West’s willingness to actively support Eurasian transportation routes that avoid dependence on Russia and the EEU. The EU and the United States will have to sustain their longstanding vision in support of the creation of alternative transportation networks in the region, continuing the legacy of their support for TRACECA, construction of the Baku-Tbilisi-Ceyhan pipeline, and other such transportation projects. In the end, Azerbaijan will be unlikely to succeed on its own. 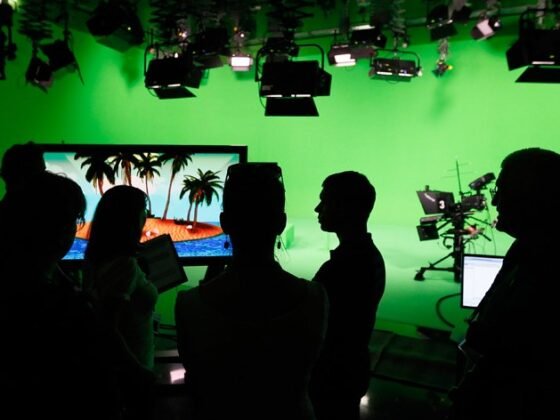 Orttung: Russia’s current goal is to undermine as much of the Western world order as possible