Q: On Thursday, the Parliament voted unanimously to pass the constitutional amendments limiting the President's powers to dissolve the government. What does it mean?

Welt: I think what happened on Thursday was a remarkable development. For the last several weeks, I have been of the view that the discussions surrounding the constitutional amendment were creating an artificial and unnecessary political crisis based on insecurities of both government and the opposition. I thought the government would be better off patiently waiting for the transition period to end and for the new constitution to come into effect. But as it turns out, these tensions have actually provided an opportunity for the ruling party and the opposition to demonstrate their capacity to creatively bridge political differences in a way that enables both of them to retain their principles and their political strength – and to cast a firm symbolic vote in favor of Georgia’s democratic future.

Q: How do you assess the situation that developed in Georgia after the elections? How do the processes, developed after 1 October in Georgia, look from the USA?

Welt: In general, Georgia received high praise internationally for conducting democratic elections last October. One concern among foreign supporters of Georgia is that bitter conflict between the government and opposition would undermine the gains in prestige Georgia secured through its democratic transfer of power. Later, certain steps by the government raised some concern that it would focus all its energies on political retribution and neglect pressing matters of public policy. However, there are a number of spheres in which the government can receive preliminary high marks: for example, its early steps to reform the judiciary and defense sector; its commitments to transparency and dialogue with both the political opposition and the nongovernmental sector; and an awareness of the need to balance justice with social and political harmony. Of course, some question marks remain concerning charges against former or standing government officials, as well as the processes by which they may stand trial. It also is too early to tell whether the government will successfully address challenges of agrarian development, job creation, and investment. But on balance, and despite all the drama, it’s been a decent start.

Q: The Chairman of the Georgian Parliament, David Usupashvili concluded his visit to the USA, during which he met with American politicians in the State Department, Congress, Senate, political research centers, and tried to present the different visions of the new government on important issues. In your opinion, what kind of impression did the new Chairman of the Georgian Parliament make on Washington's political and expert circles? What are the outcomes of this visit?

Welt: I think Mr. Usupashvili made a very good impression. He is seen as being genuinely committed to developing Georgia’s democratic institutions and to principles of transparency, political dialogue, and multiparty politics. He has a modest and rather European approach to political power that is welcomed.

Q: What kind of role will the USA play in the relations between Saakashvili and Ivanishvili?

Welt: The U.S. government has been clear that it values a smooth period of cohabitation and a transition to the new political system without crisis and in a way that promotes a genuine balance of power between Georgia’s branches of government. It has tried to be clear that Georgia’s international reputation rests in large part on its ability to sustain a political evolution that retains the accomplishments of the Rose Revolution while repairing its shortcomings.

Q: The previous government blames the new one for a pro-Russian orientation. The President does not miss the opportunity to call Ivanishvili a “Kremlin project”. And this happens despite the fact that Parliament adopted on March 7 a resolution, drafted jointly by “Georgian Dream” and “United National Movement”, reiterating Georgia’s commitment to its pro-Western foreign policy course. In your opinion, does Washington have any question on the new government's foreign policy? And if not, then, in your opinion, what is the goal of the president, when he tries to cash in on this issue in the international arena?

Welt: I don’t think that Washington has any questions about the new government’s foreign policy. The parliamentary resolution was a success of Georgian bipartisanship while it clearly communicated Georgia’s Western foreign policy orientation. I also think that Washington appreciates Georgia’s intent to try and develop good neighborly relations with Russia while remaining committed to its territorial integrity, de-occupation, and resolution of conflict with Abkhazians and South Ossetians.

Q: In your opinion, why did the U.S. administration fail to see in time the problems existing in Georgia? And yet, could the U.S. political circles realize that their unconditional support of Saakashvili made the voters angry with the official Washington and if not for October 1 elections and the White House’s unwavering stance, anti-American sentiments in Georgia would have reached a high?

Welt: I have to disagree with your questions. The U.S. government clearly understood both Georgia’s successes under President Saakashvili’s government and the problems that existed. By 2012, it was difficult to hide these problems. The point, more accurately, is that the U.S. government did not think there would be such a groundswell for change last year and it also believed that the UNM government could be persuaded to continue to reform if it stayed in power. Also, Washington did not support President Saakashvili unconditionally. It placed great emphasis on the importance of a democratic election, regardless of who was going to win. The Obama administration was also clear that it thought Saakashvili should step down from government after his presidential term was complete.

Welt: Georgia will win – or lose — European support through its actions, not through a “war of letters.” Personally, I thought the government response to the European People’s Party letter was a little overdramatic, but this is just a matter of public relations.

Q: And finally, how would you describe the U.S. foreign policy after Obama's reelection as the president? In your opinion, what can Washington do to solve the problems between Russia and Georgia?

Welt: Washington can continue to encourage Russia to fulfill its commitments to Georgia, both concerning trade and the de-militarization and de-occupation of Abkhazia and South Ossetia. At the same time, it should do more to get Moscow to accept greater freedom of movement and trade across the administrative boundary lines, and to defend the rights of all residents of Abkhazia and South Ossetia, including IDPs. 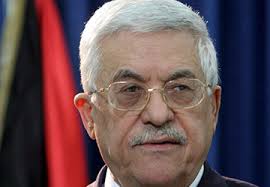 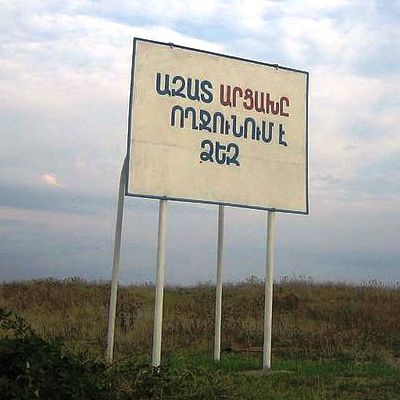