(The Diplomat) In the last two years, Russia’s second-biggest fleet, the Pacific Fleet, has been receiving new ships for the first time since the collapse of the Soviet Union. In 2013 the fleet obtained a new Borei-class nuclear-powered ballistic missile submarines (SSBN), and is expecting five more over the next decade. The fleet has furthermore received one Dyugon-class landing craft in 2014. This modernization campaign is part of an ambitious naval re-armament program over the next 20 years.

Another Borei-class SSBN, the Vladimir Monomakh, is expected to enter the service of the Pacific Fleet this year. Its sister ship, the Borei-class SSBN Alexander Nevsky, recently conducted a successful single test-launch of the Bulava inter-continental ballistic missile in the Kamchatka Peninsula. The Pacific Fleet is also expecting two Steregushchy-class corvettes, multipurpose ships for littoral zone operations, in 2015. […]

What to Expect From Russia's Pacific Fleet in 2015 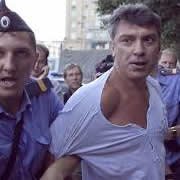