(EUobserver) Russian tanks are using French technology on the battlefields of east Ukraine. But will Russia’s new “star” tank, the Armata T-14, rely on EU components despite the arms embargo?

France recently made headlines by cancelling its Mistral warships deal with Russia due to the Ukraine conflict.

Dmitry Gorenburg, a Russian expert at CNA, a Washington-based NGO, said: “Since the Russian defence industry is known to be unable to produce all components of such systems domestically, it stands to reason it [French technology] has been used to some extent”.

“They may have resorted to using shell companies to circumvent [EU] sanctions”, he added." 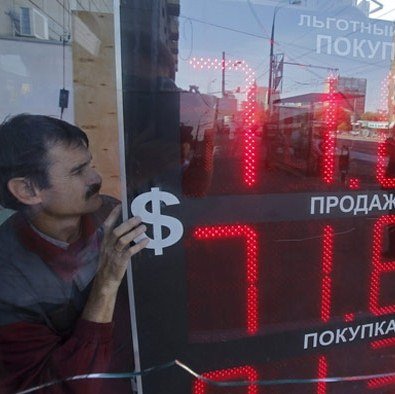 Sonin: Incompetent response to economic crisis reminiscent of the 1990s

Methodological Problems in the Study of Nation-Building: Behaviorism and Historicist Solutions in Political Science