(RFE/RL) In his new book on Central Asia, “Great Games, Local Rules,” U.S.-based author Alexander Cooley paints a picture of the intense competition between China, Russia, and the United States for influence in the region. RFE/RL’s Rikard Jozwiak spoke with Cooley about military-base rights, political influence, and access to natural resources in this strategically important part of the world.

RFE/RL: One of the central arguments in your book is that the five Central Asian states are not just pawns in the struggle for influence between China, Russia, and the United States, but that they actually set the local rules for this struggle. What do you mean by “local rules”?

Alexander Cooley: One of the take-home messages of the book is that there has been an increase in interaction amongst China, Russia, and the [United States]. Some of it was competitive, some of it was cooperative, some of it was the powers emulating each other, all giving aid, or all cooperating in terms of security, educational exchanges, this kind of stuff. But the local rules have structured the game. By local rules, I refer to the regimes using external interests, external resources to maintain their grip on power, as well as, in certain cases, to actually enrich themselves in a private setting. […] 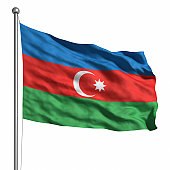