… brown scars on the formerly green Kazanka river banks, thousands of killed dogs, artificially-created enthusiasm from an army of municipal employees during the torch relay, teachers and other educators as forced volunteers, thousands of evacuated cars unduly subjected to suspicion, policemen standing every 50 meters along the road, half-empty tribunes, and long lines at the ticket kiosks."

These are some snapshots from the Kazan Universiade that has officially been dubbed as nothing less than the main rehearsal for the Sochi Winter Olympics in 2014 and even for the Football World Cup in 2018.

Universiades, a combination of the words "University" and "Olympiad” are World Students’ Games, huge sporting events with over 10,000 athletes from over 160 countries.

Vladimir Putin’s much discussed verbal slip “Olimp[iade]” instead of "Universiade” at the opening ceremony in Kazan seems to be an indication of Russia’s anticipation of being a regular host to large sports events. Indeed, the terms “rehearsal” and “Universiade” can be used interchangeably these days.

Russia’s superiority in Kazan's total medal count along with a one billion-strong TV audience, leaves an optimistic imprint. Undoubtedly, the Universiade is publicly presented as part of the Kremlin's soft power project. In the meantime, the Games have been a good chance for Tatarstan to raise its international profile.

Tatarstan is known as one of the semi-autonomous regions of Russia, with its own ethnic identity and a history of politically-complicated relations with Moscow. Kazan is one of the cities that has invested a lot in promoting its brands internationally: “Russia's sports capital" and the "northern Islamic capital.”

Tatarstan had always its own pathway into the globalized world, and the Universiade 2013 was one of the opportunities for reinforcing its strategy. It is far from clear whether Moscow would ultimately approve of the region's ambitions. A couple of months ago, Prime Minister Dmitry Medvedev criticized regions that "overdo" promoting their brands internationally. This certainly is an indication of some tension between the center and the regions.

Yet, based on our first-hand observations, we can hardly say that Tatarstan “overdid it” in demonstrating its peculiar status within Russia. The narrative of the opening ceremony was focused on the idea of a great, strong, and united—though ethnically multicultural—Russia represented by classical figures, from Pushkin to Gagarin. The representations of the local identity did not reach far beyond folklorist exposures of ancient legends and traditional rural Tatar dances.

In the meantime, most of the local population seems to be quite happy with the Universiade. The traditional kuresh wrestling, an element of the regular Sabantuy (summer) festivals, was included in the Universiade’s program. All of the sport complexes were built on time, and the expenditure for the local Kazan Arena stadium exceeded its initial budget only by about fifty percent.

The positive experience of the Universiade, locals say, may foster other mega-events. Thus, in 2015 Kazan will host the world Aquatic Championship and in 2018 it will be one of the host cities of the FIFA Football World Cup. Kazan even pledged to bid for the 2024 Olympic Games. It is obvious that any mega-event in this region would not be feasible without federal aid, which implies the necessity for consistently cooperative relations between Kazan and Moscow.

In the meantime, the Universiade's experience sends certain political messages to the federal center. In hosting mega-events, Russia has to act in accordance to the logic of globalization, territorial branding, urban renovation, and communication and information strategies. But mega-events like the Universiade make clear that their overall potential cannot be fully materialized within the narrow framework of the current regime. Large-scale sports tournaments and championships require legions of volunteers and robust civil society institutions, but these are being pressurized by the ruling elite. Good urban planning cannot be effectuated without top-level city managers, but these authorities lack relative independence. Large infrastructural construction projects require independent environmental assessments, but these are "suspicious by definition" for the Kremlin. Perhaps, the rehearsal is that the Olympic Games in Sochi are only sharpening demands for a change.

Co-authored by Alexandra Yatsyk, Associate Professor of Sociology at Kazan Federal University, and Andrey Makarychev, Professor at the Institute of Government and Politics, University of Tartu. 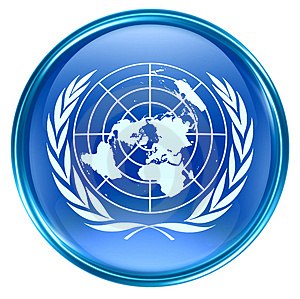 Voting on the UN Resolution for Georgia’s Territorial Integrity