(The Astana Times) Within the celebration of the 550th anniversary of the Kazakh Khanate, the Kazakh Research Institute of Culture with the support of the Embassy of Kazakhstan to the United States held the premiere screening of the two-part documentary film “Dasht-I-Kipchak: Secret Signs” at George Washington University on Aug. 4, according to a Kazakh Ministry of Foreign Affairs press release.'

The first part of the film is dedicated to the history of Kipchak language development – ancestor of a significant number of Turkic languages – that was used by all people living on the territory from the Altai Mountains to the Danube River 700 years ago. It was also spoken in Egypt where the Kipchaks ruled for some time headed by Sultan Baybars. […]

Professor at George Washington University and Director of the Central Asian Programme Marlene Laruelle noted that she was impressed by the quality of the documentary and the Kazakh history presented in it. The film is a positive result of the state programme Preservation of Cultural Heritage, thanks to which many great historical facts have been collected, Laruelle said. 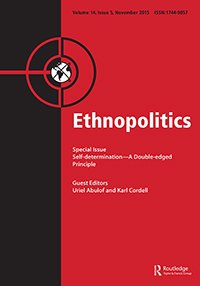 The Social Bases of Support for Self-determination in East Ukraine

Was the West’s Engagement with Abkhazia Doomed to Fail?