MARTEN: Well, if we look in detail at what happened in Syria, it had to have embarrassed President Putin that Assad decided to use chemical weapons because Putin had sort of staked his reputation on the successful 2013 chemical weapons accord. And so Assad, by using chemical weapons, was demonstrating disrespect for Putin, trying to act on his own.

And so I'm not sure that it was necessarily against real Russian interests to have the U.S. airstrike in response to that. It may actually be an opening for more U.S.-Russian cooperation, and it may be sort of an opening to allow Putin to say that maybe it's time for Assad to be eased out of office. […] 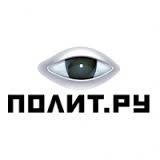