Emerging from a September 2013 meeting in Moscow with Russian President Vladimir Putin, Armenian President Serzh Sargsyan expressed his readiness to join the Russian-led Customs Union (CU) and disassociated Armenia from plans to initial an Association Agreement (AA) with the European Union. Yerevan had spent four years in successful negotiations with Brussels, but it was clear that national security considerations were paramount and Moscow held this card. Once again, Armenia sought to reconcile the irreconcilable and maintain its foreign policy balance between Russia and European structures.

The domestic perceptions of Sargsyan’s Moscow declaration were contradictory. On the one hand, the rejection of the AA was an emotional shock for the political elite and the politicized part of civil society. Both publicly and privately, their reaction was mostly negative. The majority of ruling and opposition elites had been arguing for greater integration of Armenia with the EU rather than with Russia and the CU. The only difference was that representatives of the ruling elite talked less openly about Armenian-Russian politics than those from the opposition and civil society, for fear of aggravating Moscow’s already wary attitude toward the Armenian government. At the same time, the ruling elite better understood the pragmatic necessity of declaring Armenia’s intent to join the Customs Union.

The clear prioritization of security considerations led to simplified public criticism. Unable to find rational counter-arguments to the security consideration, detractors offered a different interpretation of the decision, saying that it stemmed more from concern about the welfare of Sargsyan’s governing regime. This, however, was an empty argument. There were no electoral or non-electoral factors threatening the government (the nearest elections, parliamentary, are scheduled for 2017). Moreover, the personal political costs for Sargsyan turning down the EU after four years of negotiations were so high that one could hardly imagine something that could have a greater negative effect on his image.

Still, despite disappointment in the abrupt reversal of Armenia’s European integration policy, opposition parties and civil society may actually benefit. Brussels will now increase its support to their sectors. As Traian Hristea, head of the EU delegation to Armenia, stated, “Taking into account the country’s decision to join the Customs Union, ties with civil society have become much more important to us.”[1]

As for the less politicized segments of society, the decision was largely met with indifference. This is largely due to a lack of public awareness regarding the advantages and disadvantages of the two integration projects. Most information about the two projects resides within only a thin layer of political elites, journalists, and the politicized part of civil society; wider audiences in Armenia hold vague and superficial notions about the agreements. The main advantage of EU integration, many erroneously believe, is that it will quickly lead to a European standard of living for Armenia. The main disadvantage, at least in the minds of more conservative parts of Armenian society, is the need to respect “unacceptable” European imports like LGBT rights. The main overall expectation from joining the Customs Union is that Armenia will receive cheap gas from Russia, although some also feared a loss of sovereignty and the start of a Soviet revival.

At the same time, negative media coverage of the decision demonstrated the preponderance of Western influence in Armenian civil society. This was most visible during the unprecedented protest actions against Putin’s visit to Armenia in early December. Although there were few protesters—only several hundred activists (joined by a few hundred journalists and policemen)–they represented diverse parts of Armenian society. There were anarchists, defenders of LGBT rights, members of the political opposition, and local staff of international organizations and Western embassies.

The failure of almost four years of intensive and successful negotiations with the EU could not pass without serious political costs for Armenia in its relations with the EU. Sargsyan’s Moscow maneuver did not result in a catastrophic shift in Brussels’ position, but it still had a negative impact. Armenia sought to diminish the blow by expressing its readiness to initial the AA without the Deep and Comprehensive Free Trade Area (DCFTA). European officials, who had negotiated the AA as an integrated package, predictably rejected the offer.

For some EU officials, such as Commissioner for Enlargement Stefan Fule, Armenia’s refusal was an almost personal matter, but European officials also had more serious reasons to demonstrate inflexibility regarding Armenia’s choice. As the “Ukrainian question” turned into a zero-sum game between Brussels and Moscow, the EU believed it needed to stand firm and thereby also demonstrate support to Ukraine in its resistance to Russia. This required inflexibility toward Armenia’s suggestion to sign the AA without the DCFTA. At the same time, EU officials recognized that freezing relations with Armenia would only strengthen Moscow’s position. It went forward with agreements on visa facilitation and readmission, which sent a positive signal to Armenia.

Yerevan also tried to reduce the negative impact of its declaration to join the CU by making the rounds in the capitals of several EU member states. The Armenian authorities worked “Old Europe,” through visits by Sargsyan to Paris and Brussels and a visit of Minister of Foreign Affairs Edward Nalbandian to Germany, while also appealing to countries like Poland and Lithuania in “New Europe,” which could be expected to view Armenia’s decision with sympathy.

In the meantime, Armenia sought compensation from Russia for its ​​foreign policy choice. Obviously, Moscow’s main purpose for pressuring Yerevan was not so much to force it to join the Customs Union (which would have dubious economic benefits for Armenia and Russia) but to prevent Yerevan from initialing the AA in Vilnius. Predictably, during his visit to Armenia, Putin demonstrated Russia’s readiness to provide economic relief to its ally, first and foremost by decreasing the price of natural gas and tying Armenian gas prices to Russian domestic gas prices until 2018.

Moscow’s main levers, however, were related to Armenian security and the Nagorno-Karabakh conflict. In the beginning of October 2013, the Russian air force announced its intent to increase its presence in Armenia, mainly through a new squadron of combat helicopters. Simultaneously, it was announced that the Armenian air force would be equipped with new types of Russian helicopters and combat jets. Also in October, the commander of the 102nd Russian military base in Armenia emphasized (if not for the first time) that Russian troops could openly side with their Armenian allies in case of a renewed war over Nagorno-Karabakh, “in accordance with the Russian Federation’s obligations in the framework of the CSTO.”[2] During a visit of Putin and Sargsyan to the 102nd Gyumri military base, “Smerch” multiple launch rocket systems (MLRS) were exhibited in Armenia for the first time. Finally, the Armenian parliament ratified a new and more preferential agreement on military-technical cooperation between Russia and Armenia (which, for example, allows Armenia to purchase more sophisticated and advanced arms and weapons directly from Russian military-industrial facilities without any intermediary structures).

The goal of Armenia’s foreign policy “between Moscow and Vilnius” is to maintain a political balance and minimize political costs by keeping the EU option in standby mode while acquiring new security guarantees from Russia.

This policy may yet bear fruit. There are signs that Armenia-EU cooperation will continue along various tracks, just at different speeds. During the Vilnius summit, the EU and Armenia made a joint statement in which they stressed the importance of revisiting their relations and agreed to “update” the EU–Armenia ENP Action Plan.[3] Already in the second week of December, the European Parliament ratified and gave its consent to the participation of Armenia in EU Agencies and Programs, which gives Armenia access to the EU’s programs in culture, education, environment, aviation, medicine, and science. Under more favorable external conditions, Armenia should be able to more easily resume the process of European integration. Even if Armenia fully enters the Customs Union, it will still have closer relations with the EU and NATO than other CU (or CSTO) members. It will participate in a simplified visa regime and many other EU programs that are similar to an AA framework. At the same time, Armenia will retain security guarantees from Russia and the CSTO, which will maintain the fragile peace over Karabakh and a military balance in Armenia’s arms race with Azerbaijan.

Ultimately, however, Armenia’s prospects for maintaining a successful foreign policy balance—moving forward on both integration processes—is dependent on a series of unanswered questions. Will Moscow maintain its level of interest in keeping Armenia distant from the EU? Will Armenia be able to ease Russian fears regarding the impact of EU integration on the Russia-Armenia military alliance, especially against a backdrop of growing dissatisfaction with Russian policy among Armenian society? And what will be the state of relations between Brussels and Moscow and its impact on Yerevan leading up to the Eastern Partnership Summit in Riga in 2015? 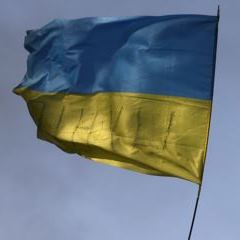