(International Business Times) How Much Money Did Ukraine Lose When It Nixed The EU Deal?

For years, Yanukovych promised Ukrainians that he would sign an agreement with the EU, which would benefit Ukraine’s economy substantially. Protesters felt betrayed that he suddenly and without explanation shifted his position. All fingers pointed to Russia as the main mover behind the decision; it was Moscow that pressured Yanukovych not to sign the agreement, said Samuel Charap, a senior fellow for Russia and Eurasia at the International Institute for Strategic Studies in London.

Soon after Yanukovych's decision, Russian President Vladimir Putin offered Ukraine an economic aid package worth $15 billion and a 33 percent discount on Russian natural gas in late December, angering protesters even more as they viewed this as a reward for pulling out of the European deal. […]

> See the full article "How Much Money Did Ukraine Lose When It Nixed The EU Deal?" by David Kashi © International Business Times

From Moscow to Vilnius: Armenia’s New Attempt to Reconcile the Irreconcilable 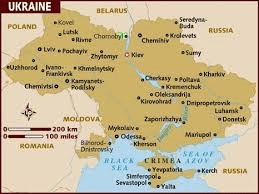