(PONARS Eurasia Policy Memo) Scholars of international relations and Russian politics actively debate whether some “grand strategy” underpins Russian foreign policy choices in the Putin era. For instance, prominent American military historian Williamson Murray argues that President Vladimir Putin has proven himself a masterful tactician who “maneuvers in the present with little regard for the future” and lacks a strategic vision. Andrew Monaghan at Chatham House emphasizes that an analysis of strategy involves “attempting to see all parts of the whole and how they relate to each other. Thus, a full discussion of Russian strategy might involve the exploration of a wide range of evolving, detailed issues—economic, military, social, and political.”

In point of fact, attempts to rebuild an image of Russia as a “great power” have led to the reduction of Russian influence in the post-Soviet region. In particular, the more Russia has acted as a “great power,” the less credible has been its promise to respect the national sovereignty of the former Soviet republics, the less reason the latter have had to trust Russia. Without trust, it is challenging, if not impossible, to sustain influence. The main problem of all post-Soviet integration projects is that Russia cannot commit credibly. Specifically, an approach to integration based on (relatively) equitable relations within the Eurasian Economic Union (EAEU) (similar to the EU model) has very low chances of success. Because the partners do not trust Russia, they insist on integration projects that are limited at best. Russia is more likely to be successful in using asymmetric bilateral bargains than the multilateral institutions to dominate in the post-Soviet region.

If Russia indeed has a “grand strategy,” then the success of such a strategy depends on the consistency of sub-strategies at different levels—from regional to global. According to John Mearsheimer (2001), the priority objective of any great power is to secure not just influence but regional hegemony. Therefore, competing for influence in post-Soviet Eurasia has to be a priority of any Russian foreign policy strategy. However, there is little evidence of increasing Russian influence in the post-Soviet space. We explain such a paradox by trade-offs and inconsistencies between Russia’s regional and global agendas.

Globally, Russian influence in the post-Soviet region has been steadily declining, albeit at a different rate in different sub-regions and sectors: economy and mutual trade; foreign policy and security; culture and media; and the use of the Russian language. This decrease of influence has been part of the multidimensional disintegration of the post-Soviet space, marked by numerous though unsuccessful attempts to organize the space around Russia through regional integration projects.

By some accounts, no state has initiated as many inter-governmental treaties as has Russia in various policy areas from economy to energy and security: “Treaty activism has been at the heart of Russian efforts to restructure its relations with FSU members.” Numerous regional organizations have been initiated by Russia, and all of them have shared one distinctive feature: they have provided a very limited level of authority delegation to intergovernmental institutions. Similarly, observed Dmitry Trenin in 2019, the most recent project, the EAEU, “has not become the center of power in Eurasia that Moscow had hoped would emerge.” Even Belarus firmly resists Russia’s pressure toward “forceful integration.”

Most importantly, Russia is not recognized anymore by the outside world as a regional leader through which other external powers should build their relations with the countries of the region. While Russia presents the EAEU and the Belt and Road Initiative as integration projects of equivalent significance, their rhetoric cannot disguise the growing gap between China’s and Russia’s economic power.

Distrust, Hedging, and the Cost of Dominance

Russia’s annexation of Crimea has revealed Moscow’s resolution to establish dominance over the region. One could argue that while many post-Soviet states do not trust Moscow, they also do not trust or even fear other global and regional powers attempting to promote their own leadership in the region—in particular, the United States, China, and Turkey. Should the expected value of a decision to cooperate with Russia be greater than all practical alternatives, these post-Soviet states might choose to accept Russia’s dominance even at the significant risk of Moscow’s defection from promises to respect their sovereignty.

More generally, for Russia, there is always an option to rely on instruments of “hard” dominance in the region. However, it is a costly option, and in the absence of mutual trust, the costs of “hard” dominance are likely to increase over time—up to an unacceptably high level. The reasons are both theoretical and practical.

In the literature, hedging is most commonly understood as an “insurance” method of strategically adopting counteracting policies designed to keep a state’s options open. Hedging states do not clarify their ultimate patrons and do not take sides, hoping to benefit from the competition influence and dominance among global and regional powers. According to Kei Koga at Nanyang Technological University, “the hedging strategies are essentially combinations of the ‘balancing-bandwagoning’ spectrum designed to reduce the risks and uncertainties” associated with full dependence only on one power. In the post-Soviet period, Russia’s attempts to dominate in the neighborhood provoked various contestation strategies from other global and regional powers by supporting the hedging strategies of the ex-Soviet republics against Russia. In short, the typical hedging strategies of Russia’s neighbors are their “multi-vector” foreign policies.

The opportunities for hedging create a highly asymmetric situation for Russia and its post-Soviet neighbors. The global and regional powers that benefit from supporting the hedging of post-Soviet countries could limit their own efforts and commitments and still successfully spoil Russian attempts to dominate in the region. Importantly, other powers do not need to agree on any common strategy or even coordinate their actions supporting the hedging against Russia. On the contrary, the Russian leadership needs far more resources to ensure Russian dominance in the face of “spoiling” efforts by all other interested powers.

Most importantly, the level of support from global and regional powers for hedging against Russian dominance is likely to be a function of Russian efforts to achieve an “absolute threshold” of dominance. In other words, the more Moscow would try to dominate in the region, the more incentives other powers would have to prevent it. In particular, it is because the successful dominance in the region would further promote the ambitions of Russia as a global power. All this creates the dynamic of increasing competition, making the “hard” dominance increasingly costly. In practice, regional dominance is costly, even under the best conditions. In 2020, Russia remained the world’s 11th-largest economy in nominal terms (though it ranked sixth, after Germany, adjusted for the domestic purchasing power of the Russian currency). After the decline of energy prices and slowdown of economic growth, the financial resources that Moscow could spend on dominating the post-Soviet space became severely constrained.

All post-Soviet states hold regular elections, but few political regimes in the region meet democratic standards. Political elites in the region who have depleted their electoral source of legitimacy have to rely on non-electoral strategies to claim legitimacy. In particular, they consistently put nation-building and national sovereignty at the top of their political agendas. In turn, the Kremlin’s policy regarding post-Soviet neighbors is based on interactions almost exclusively with incumbents to guarantee that they stay in power. It means that pressures from the Russian side on post-Soviet national leaders should not be too intensive in order not to weaken their domestic political position and thereby avoid the 2014 Ukraine scenario. For post-Soviet incumbents, there are trade-offs between accepting risks to the sovereignty of their nations and obtaining economic concessions and political and military assistance from Moscow.

In summary, the strategy of forced domination requires two conditions that are not met. First, Russia could restore its dominance in the post-Soviet region if the latter would be a “closed” system, where major external powers would have no or very limited access. Then there would actually be no alternative to Russian hegemony. Second, Russia should have large, practically unlimited, material resources that it could invest in developing (dominant) relations with its client states. However, both of these conditions are unlikely to be present in the foreseeable future. First, external players (China, the EU, the United States, and Turkey) are likely to increase their presence, meaning that Russia will have to compete with them, and post-Soviet states will continue to develop hedging strategies. Second, the collapse of oil prices and the current pandemic crisis has plunged Russia into a deep recession (recognized by the country’s elite) that will take many years from which to recover.

Analytically, one could view Russian foreign policy as a combination of “nested games” at different but inter-connected levels (global and regional). In this perspective, decision-makers would seek a balance between these levels based on different priorities and agendas. However, in our view, the inconsistencies of Russian policies between the regional and global levels are apparent, in particular after Russia annexed Crimea. Could we rationalize such inconsistencies as parts of a deliberate strategy, or are they undesirable by-products of tactical responses? And, could there be a more prudent balance between the attempts to build a global and domestic image of Russia as a “great power” and the damage that such attempts inflict on the perception of Russia among the former Soviet republics?

Before 2014 Moscow mostly followed a commitment to respect the national sovereignty of post-Soviet nations. It provided political incumbents with a combination of benefits and pressures, but without openly encroaching on the integrity and sovereignty of their nations. Most importantly, there were no de jure changes to the post-Soviet borders. Furthermore, the practice of “soft domination” was often inconsistent with the integration projects, although, arguably, there was some chance of eventual success.

Since 2014, the inconsistency between the regional and global agendas has become apparent. For the first time, the administrative borders of the former USSR were unilaterally revised by Russia, sending to the post-Soviet nations a clear message: in acting as a great power, Russia is not limited in its foreign policy choices by international rules and previous obligations. The annexation of Crimea thus turned out to be destructive for the Russian regional agenda. As Fyodor Lukyanov admitted, 2014 was marked by “the end of the post-Soviet space as a virtual community.” Apparently, Putin’s twenty years in power has resulted in the disintegration of the post-Soviet space, despite its importance to Russia.

Irina Busygina is Professor at the Higher School of Economics, St. Petersburg. 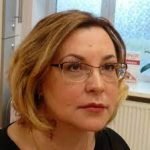 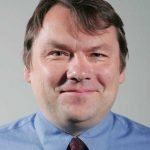 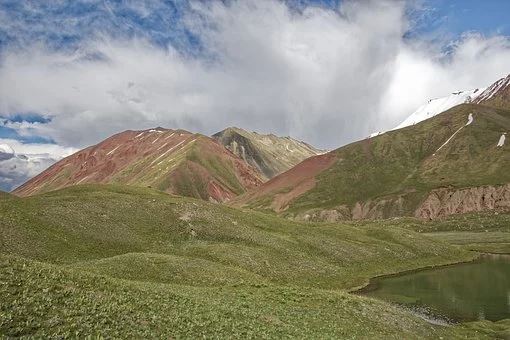 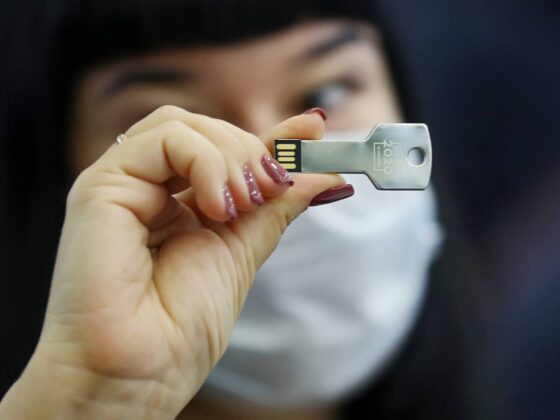