(AAAS) Leaders of authoritarian regimes in Central Asia have been able to use rhetoric to define their power as legitimate to the public despite practices of human rights violations and clamping down on dissent, according to a new study by a University of Kansas expert on international relations.

"Those governments have been fairly effective in mobilizing public support through discourse that has shaped the public's understanding of what it means to have a legitimate government," said Mariya Omelicheva, a KU associate professor of political science. "They've persuaded the public that their ideas of legitimacy were informed by the countries' histories and traditions. These governments presented their practices as consistent with the people's primary demands and needs."

Omelicheva in her study published recently in the Central Asian Survey journal analyzed a corpus of texts written or spoken between 1997 and 2015 by Kazakhstan's president Nursultan Nazarbayev and Uzbekistan's late president Islam Karimov, who died last September after 27 years in power. […] 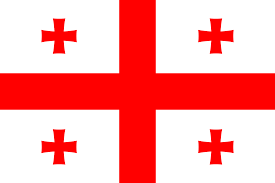 Kakachia: We can see that the Georgian electorate wants the country to continue on its present course, but not too fast