(Times Oracle) "The conflict with Turkey is a useful development that offers Putin a chance to pick a new enemy and ease the standoff with the West", said Nikolai Petrov, a professor at Moscow's Higher School of Economics.

On Wednesday, the Associated Press (AP) reported that Russian Deputy Minister of Defence Anatoly Antonovinvited dozens of foreign military attaches and hundreds of journalists to present them satellite and aerial images of thousands of oil trucks streaming from the Daesh-controlled deposits in Syria and Iraq into Turkish sea ports and refineries.

"President Erdogan and his family are involved in this criminal business", Antonov said. "What afantastic family business", he said, claiming that "terrorists" in Syria make some $2 billion each year out of the illegal oil trade. […] 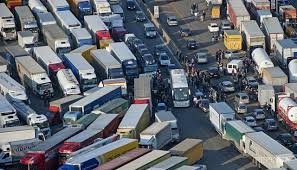