(Chicago Tribune) If international confrontations over Ukraine and Syria have dominated Vladimir Putin's third term in the Kremlin, the president focused far more on domestic issues in his latest annual call-in show as parliamentary elections approach.

With Russia enduring its longest economic downturn of his 16-year rule, Putin the micromanager took center stage Thursday to chastise officials over unpaid wages and dilapidated roads, and even pronounce on the size of labeling for products containing palm oil. He assured Russians the economy will resume growth next year and offered understanding for those struggling with soaring food bills, even as he explained that a government ban on imports of foreign foodstuffs was partly responsible for higher prices.

"Putin this year was very focused on domestic issues," Nikolai Petrov, a professor at Moscow's Higher School of Economics, said by phone. "There's a major electoral campaign and people are far more interested in what is happening at home than abroad." […] 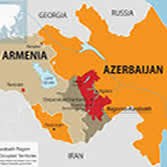 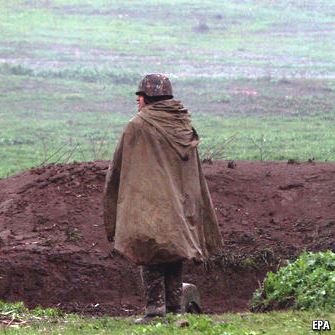 Valiyev: For Azerbaijan, using force serves to reinvigorate negotiations and demonstrate “this conflict is not solved”