(Co-author: Rudy deLeon) Russia’s military intervention in Ukraine has been neither legal nor remotely justifiable. It has alienated Russia in the international community, and its persistence will lead to even greater isolation. There are solutions to this crisis, but the window of opportunity is rapidly closing.

Russia’s swift and unprovoked occupation of Ukraine’s autonomous republic of Crimea—a federal-like entity—is in direct violation of Russia’s international commitments, including the 1994 Budapest Memorandum on Security Assurances, which affirms Russia’s obligation to refrain from the “use of force against the territorial integrity or political independence of Ukraine.”

Russia is not likely to find supporters of its actions in Ukraine. The non-Russian members of the Group of 8, or G-8, issued a joint statement condemning Russia’s actions. Even China said that it respects the “independence, sovereignty and territorial integrity of Ukraine” and expressed the need for an internal resolution to Ukraine’s troubles.

The U.S. government is correct to continue pressing Russia to abide by its obligations to cease the use of force against Ukraine and respect its territorial integrity and sovereignty. A failure to do so should lead the United States and its allies and partners in Europe and around the world to take appropriate measures against the Russian government. Most directly, these can include asset freezes and travel bans against a wide array of Russian government officials along the lines of those envisioned by the Sergei Magnitsky Rule of Law Accountability Act of 2012. The European Union is already pursuing such sanctions against Ukrainian government officials and has left open the possibility of pursuing “targeted measures” in Russia’s direction. Sanctions against Russian businesses implicated in military operations and restrictions against international financial flows might also be considered, but these should be targeted as much as possible against Russian decision makers and elites and not the general population.

The Obama administration can also work to isolate the Russian government in international arenas. This is not only about relocating the June G-8 summit scheduled for Sochi and pressing for Russia’s eviction from the organization. It can call for a full cessation of prominent global events in Russia, from the upcoming Paralympic Winter Games to the 2018 FIFA World Cup. The administration and its partners can also cease negotiations on trade, visa facilitation, and Russia’s membership in international organizations such as the Organisation for Economic Co-operation and Development, or OECD. The United States can work with members of the North Atlantic Treaty Organization, or NATO; the Organization for Security and Co-operation in Europe, or OSCE; the Group of 20, or G-20; and the United Nations to communicate broader international disapproval of Russia’s use of force. Russia will have to decide whether its interests in a military solution to Ukraine are worth risking greater international isolation.

Russia miscalculated the international response to its actions, but it is still possible to recalibrate its policy in Ukraine. The United States should call on Moscow to clearly articulate its support for Ukraine’s territorial integrity and a negotiated solution to the crisis. It should also support European Union calls for urgent consultations among the signatories of the Budapest Memorandum, which include Russia, the United States, the United Kingdom, and Ukraine. The administration is also right to support an expanded OSCE mission in Ukraine that Russia, as a full member, can utilize to address concerns about the rights of Ukrainian citizens.

At the same time, the United States and its international partners must continue to actively support efforts to address the urgent task at hand: assisting Ukraine to institute political and economic reforms that reflect the interests of all its citizens while ensuring the country’s territorial integrity. This means offering full support to the Ukrainian authorities’ efforts to pull Ukraine back from the brink of economic collapse.

But it also means addressing two related, but dissimilar, tasks: supporting the Ukrainian government in Kiev in reaching a political settlement with Crimea and assuring the engagement of the whole of Ukraine in the construction of the country’s political future. In general, the OSCE and the Council of Europe should call on local authorities in Crimea and other dissenting regions of Ukraine to clearly articulate their concerns and offer constructive political solutions within the framework of Ukraine’s territorial integrity. Kiev should express full readiness to open talks with elected representatives in Crimea on guaranteeing and expanding the latter’s constitutional rights of internal self-governance.

At the same time, Washington and European capitals should invite the Ukrainian government to chart out a way to preserve the spirit of key elements of the February 21 power-sharing agreement that was so rapidly overtaken by events. What is urgently needed are mechanisms that can engage representatives of all of Ukraine in both shorter-term tasks of government and constitutional reforms, to be followed by new presidential, parliamentary, and local elections.

New dividing lines in Ukraine are in the interest of no one, including Russia. It is not too late to find a way out of crisis. 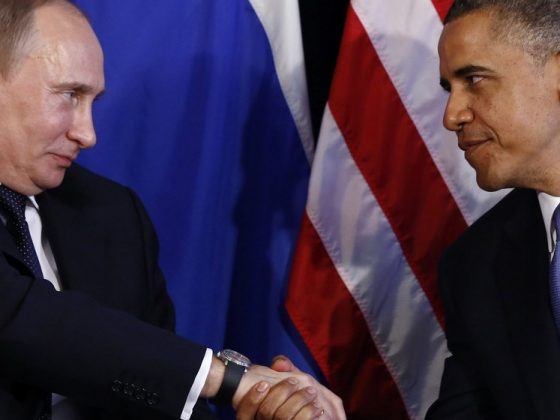