With apologies to Winston Churchill, the referendum in Crimea on Sunday was a joke wrapped in a farce inside a tragedy. Voting amidst gun-toting soldiers with a rigged ballot and precious little time for public discussion are hardly best practices. Nonetheless, following Russian President Vladimir Putin’s remarkable and emotional speech in the State Duma, there is little doubt that Crimea will soon be part of Russia. Amidst the triumphalism in Moscow and the recriminations in Washington, however, it bears to keep in mind the downside of recent events in Crimea for Russia, and potentially for Putin.

Russia’s problem is not that it lacks territory but that it governs badly the territory it has. As Sergei Guriev and Ekaterina Zhuravskaya note, Russia is far too wealthy to be so poorly governed.  Using data from the World Bank, they find that the control of corruption in Russia is weak even taking into account Russia’s GDP per capita.

Moreover, recent events in Crimea will likely only strengthen those in the security services, state-owned sectors, and the bureaucracy who are benefitting from the status quo of high levels of corruption, an inefficient economy, and a political system that concentrates power in few hands.  The current chaos on its southern border will benefit the Kremlin in the short run as Putin’s approval rating shoots up, but it will also likely mean postponing the structural economic reforms and improvements in governance that Putin put forward upon returning to the presidency in May 2012. At the time, Putin promised to increase investment by at least 25 percent of GDP by 2015; to raise Russia’s rating in the Doing Business in the World Survey to 20th by 2018 and to privatize the non-defense and non-oil sectors by 2016.  He also cited 6 percent as a reasonable target for economic growth in Russia.

Yet, investment has stalled and Russia’s growth rates have fallen each quarter since 2012; declining from 4.3 percent in the first quarter of 2012 to 1.2 percent in the last quarter of 2013.  Even prior to the crisis, predictions for economic growth in 2014 hovered between 1 and 2 percent. What is more striking is that this decline is occurring even as oil prices remained high (thereby breaking the historical correlation between economic growth and oil prices) and during a year in which oil output in Russia hit a historic peak.  And capital continues to fly out of the country.  Capital flight during a period of relative political stability in 2013 reached 60b dollars, which is more than 3 percent of Russian GDP.  Recent events in Crimea will not help these economic trends.

A weak economy augurs badly for Russia, but also potentially for Putin as well. High rates of economic growth swelled government coffers and allowed the Kremlin to reward influential economic and political elites with government largesse. The $51 billion extravaganza that was the Sochi Olympics is just one example. Should the economy falter and state coffers continue to suffer, it will be harder to broker deals among powerful economic and political elites. Second, writing here at The Monkey Cage, Dan Treisman shows that throughout the Yeltsin, Putin I, and Medvedev presidencies there was a tight correlation between Presidential approval ratings and economic growth rates. The strength of this correlation fell in the last two years, but historically the trend is strong and could easily return.

There are also some downsides on the foreign policy side as well. One can certainly argue that the Kremlin would have preferred a friendly government in Ukraine under President Viktor Yanukovych to control over Crimea and a hostile government in Kiev. While Russia will be able to expand its military presence in Crimea after annexation, these facilities were never under serious threat in the first place. Moreover, the annexation of Crimea will remove one of the most loyal pro-Russian voting blocs from Ukrainian politics – a move that is likely to further tilt the political balance in Ukraine away from Moscow.

Russia also has an interest in nuclear non-proliferation, but recent events in Crimea have weakened this norm. Remember that Ukraine gave up its nuclear weapons in 1994 in exchange for assurances from Russia, the US, and the UK that it would protect the territorial integrity and security of Ukraine. Regional powers with nuclear weapons will look long and hard at the Ukraine experience when considering the value of their nuclear stockpile.

For better and for worse Russia used the United Nations during recent crises as a forum to advance interests in blocking what it perceived as attacks on national sovereignty by foreign powers. As Putin noted in his New York Times editorial: “No one wants the United Nations to suffer the fate of the League of Nations, which collapsed because it lacked real leverage. This is possible if influential countries bypass the United Nations and take military action without Security Council authorization.” Yet, the institution looks even more feckless than usual as military units in Crimea blocked U.N. Secretary General Ban Ki Moon’s personal representative from gathering information on alleged human rights abuses.

One big question is whether the anticipation of a slowing economy and lower personal popularity in the future will make Russia more likely to repeat a Crimean scenario in Eastern Ukraine, Transdniestr, Kazakhstan or the Baltics as a way to divert attention from deeper problems or whether these negative trends would moderate Russian foreign policy.  Empirical support for the diversionary theory of war is mixed at best, but this is a question that bears watching.  It also bears remembering that while attention is focused on President Putin’s skyrocketing approval ratings and his triumphant speech in Moscow, events in Crimea will likely divert Russia from addressing its most important problems. The annexation of Crimea – perhaps only the second such redistribution of territory between countries in post-war Europe – will prove a great boon to the Kremlin, but there are real downsides here for Moscow as well. 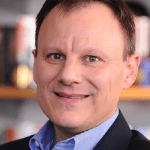 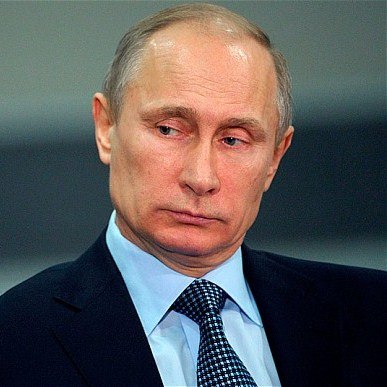