The upcoming parliamentary election in Ukraine should have been a slam dunk for the country’s opposition forces. According to the recent IRI poll, 2/3 of Ukrainians believe the country has been moving in the wrong direction. Less then 10% say they are better off now than they were a year ago. And 72% of Ukrainians polled do not expect any improvement in their economic situation over the next twelve months. Finally, the two largest opposition parties – Tymoshenko’s “Bat’kivshyna” and Yatsenyuk’s “Front of Change” – agreed on a single party list to maximize their votes. Still, pro-presidential Party of Regions has maintained a consistent lead in all the opinion polls with close to 30% of support and beating the “United Opposition” by 4-7%. For most Ukrainian pundits the only open question now is whether Yanukovych’s loyalist base in the parliament would expand from a simple to a constitutional majority. Five factors explain the opposition’s dismal performance in the current election cycle.

The opposition’s main advantage in authoritarian or hybrid regimes is the ability to inspire and mobilize people. Political scientist Dan Slater calls it a symbolic power as opposed to coercive and remunerative powers of the pro-regime forces. It rests mainly on the ability to frame the opposition’s struggle in terms that could resonate among the wider public and on the appeal of a charismatic leadership. Yushchenko’s electoral successes in 2002 and 2004 were largely the result of his attractive personal style and the message rooted in terms of national revival and European integration. The opposition’s current leader Arseniy Yatsenyuk is a technocrat with little credibility as a fighter for national rights or as a firebrand politician. He tried to compensate this by posing on billboards along with Yulia Tymoshenko and entering into an alliance with the radical right party “Svoboda.” These electoral tricks, however, make his personal leadership deficiency even more obvious. Tellingly, the opposition’s main campaign slogan – “We Will Stop Them!” – reads like a cry of desperation rather then a call for action. Finally, the opposition’s promises to bring Ukraine closer to Europe are no longer as attractive as they were eight years ago. In fact, the IRI poll shows that more Ukrainians now favor joining the Customs Union with Russia (41%) then the EU (37%).

Apart from “United Opposition” there are a variety of other quasi-opposition parties and candidates running in this election. Most of them are funded by pro-Yanukovych oligarchs and include numerous potential defectors. Two main parties splitting the opposition vote are “Udar” led by the world boxing champion Vitaliy Klychko and “Forward Ukraine!” led by Tymoshenko’s political protégée Natalia Korolevska. Both parties receive campaign funds from pro-Yanukovych oligarchs. Klichko’s main funder has been a billionaire Dmytro Firtash, who emerged from the shadows eight years ago as the principal owner of a murky gas-trading company “RosUkrEnergo.” At least a quarter of Klichko’s party-list candidates likely to enter the parliament have been linked to Firtash. Korolevska’s party project, on the other hand, has been thriving on the funds of Ukraine’s richest business magnate Rinat Akhmetov. Her banners have been on display everywhere in the country since early summer. While some candidates at the top of her list are Akhmetov’s proxies, others are celebrities, like a soccer star Andriy Shevchenko, or shady individuals with no public track record. The money-trail behind the two parties clearly leads to the Presidential Administration, which is in charge of manipulating the electoral field to Yanukovych’s advantage. Both parties exploit the society’s longing for new political leaders, but appeal to the different voting groups. Korolevska is active in the Northern and Central Ukraine and targets Tymoshenko’s supporters seeking a new female leader. Klichko, by contrast, is more active in the Western Ukraine and appeals primarily to the youth. With approximately 3.5% support Korolevska has far fewer chances to pass 5% threshold then Klichko, who is assured to take the third place in a race with up to 12%. Both parties, however, help to prevent the “United Opposition” from trouncing the ruling party in the polls and, hence, from creating a possible expectation of the opposition victory in 2015 presidential election.

Klichko’s refusal to join forces with the opposition was not only the result of his ties to Firtash, but also of his own political ambition. With the retirement from boxing looming his eyes have veered from the championship belt to a new prize – a president’s throne. Some in his team grooming him for this new role are former Yushchenko’s associates who hope to be back in power in a maneuver similar to 2004. Although Klichko lacks relevant education, management experience, policy grasp or a governing vision, his boxing charisma and public’s aversion to career politicians gives him an advantage over Yatsenyuk in the latest poll. A polling company with ties to the Presidential Administration even put him second to Yanukovych and ahead of Tymoshenko. By fueling Klichko’s ambitions pro-Yanukovych political technologists work to prevent his alliance with Yatsenyuk in the parliament and prepare a light-weight opponent for Yanukovych to beat in 2015.

The current parliamentary campaign in Ukraine has become a triumph of clientelistic politics. In the single-mandate districts candidates compete mainly in their ability to distribute as many goods – be it paved roads, school computers or food packages – to as many voters as possible. Apart from pure consumerist expectations, there is also a dynamic similar to the one described by a political scientist Ellen Lust in the Middle East. Voters are looking for someone who can ensure a sustained provision of private goods beyond the election and has enough influence to mediate in dealing with state bureaucracy. This gives tremendous political advantage to rich businessmen, local officials and ruling party functionaries. Clientilistic attitudes weaken the opposition candidates even in the core “orange” regions where a number of local oligarchs are set to win individual races. Furthermore, many strong opposition candidates chose to minimize their risks and decided to enter parliament through a party list rather then running in majoritarian districts. The United Opposition was further weakened by the decision to endorse a number of candidates from the radical right party “Svoboda” with a marginal support anywhere outside Western Ukraine.

“If we only elected good men, we would never have leaders” – this “field observation” of a shady character running Atlantic City in the “Boardwalk Empire” TV drama sums up the prevailing mood among many Ukrainian voters. Following the Orange Revolution’s fall-out Ukrainians have become increasingly accepting of political corruption. Skewed government contracts, business kickbacks and lavish lifestyle are something they came to expect of any political leader – either in power or in opposition. Hence, an avalanche of media reports about the illicit wealth and unbridled corruption in Yanukovych’s entourage has had little influence on voters’ political preferences. The conclusions of one local NGO that most members of the parliament from all parties were implicated in corrupt practices have only served to reinforce the notion that there are no “good men” to choose from. This age of moral nihilism in Ukrainian politics is likely to favor those who exercise power making no apologies rather than those who try to acquire power by attempting to look better than they actually are.

While the current parliament election is hardly to produce any major change, the next presidential race may still be up for grabs. However, the Ukrainian opposition needs to solve its own leadership and identity crises before it can credibly promise to deal with the country’s woes. 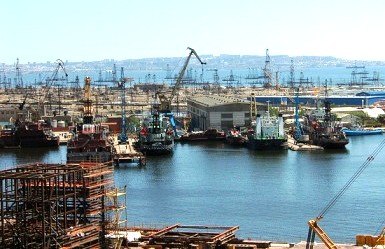 Time for Azerbaijan to Open Up