(PONARS Eurasia Policy Memo) Numerous academic studies have shown that economic hardship, ethnoregional divides, corrupt governance, and war are bad for democracy, particularly in states where democracy has weak historical roots. By those yardsticks, one might expect public support for democracy in Ukraine to plummet four years after the Euromaidan revolution and the onset of the Donbas war. Yet this has not been the case. Why?

Drawing on mass public opinion surveys, structured interviews, and focus groups, with a particular focus on the Ukrainian government-controlled Donbas region, this analysis indicates that Russia’s military intervention in Ukraine—igniting and sustaining a war that by now has resulted in over 10,500 people dead and counting—is a pivotal factor explaining democratic stoicism in Ukraine. This is because the Donbas war has unique principal characteristics that make its impact on domestic political preferences hard to assess based on prior comparative research. Much more than territory and spoils are at stake. This is a hybrid war more in the conceptual than the operational sense. What Ukraine fights is a blend of independence/national liberation wars, great power proxy wars, and also a war about the long-term political and economic prospects of its citizens and future generations—whether these would be better through integration with Europe or with Russia. In the latter sense, this is a geosocietal war: a geopolitical orientation toward Russia is synonymous with the rejection of democracy at home, while a geopolitical orientation toward the West is synonymous with support for democracy at home. And while the number of people leaning toward the West or Russia predictably differs across Ukraine’s regions, this fundamental association of democracy with the West and nondemocracy with Russia—along with the role of age and education—suggests that regional divisions are not immutable and time is on the side of democracy in Ukraine, including in the government-controlled Donbas.

From 2013 to 2015, Ukraine’s GDP fell from about $181 billion to $91 billion, unemployment rose from about 8.5 to 11 percent, and the value of the Ukrainian hryvnia declined threefold against the dollar and the euro. About half of Ukrainians in the reputable annual surveys of the National Academy of Sciences Institute of Sociology (UNASIS) felt the change of government in 2014 amounted to a loss to them personally.[1] Government corruption remained among the top public concerns. The Crimea annexation and the Donbas war demonstrated Ukraine’s military vulnerability to Russia and the limitations of the West’s ability to help the country regain territorial integrity. In 2017, nearly half of respondents in the UNASIS nationally representative surveys reported knowing someone personally who had been involved in combat over Donbas, including about 5 percent of the total sample who reported having themselves been combatants or combat witnesses. About 40 percent of respondents reported having experienced disturbing nightmares about traumatic events related to the war.

And yet, support for democracy and integration with the West has remained strong.

War as a Toll on Democracy

Multiple regression analysis—when the impact of any one hypothetical cause of a phenomenon of interest is estimated while alternative causes are held constant—shows that in certain respects the Donbas war continues to undermine support for a democratic and European orientation among Ukrainians.

While consistent with prior research, these negative effects on democracy support have been counterbalanced by the positive effects of interpersonal relations and communication associated with the war.

War as a Source of Democratic Resilience

Surveys show that individuals who knew someone directly affected by the war and/or discussed the war with others were generally more likely to feel that democracy and freedom of expression were important to them.

Another contributor to democratic stoicism was the decline of anti-democracy views among respondents directly affected by the war. Unlike in 2016, those respondents in 2017 were no longer more likely than others to state that democracy and freedom of expression were unimportant to them.

The Crux of the Matter: Geosocietal Factors

Across Ukraine—whether a respondent lived in the West or in the Donbas or spoke predominantly Ukrainian or Russian or had high or low family income or was male or female—geopolitical orientation has come to be strongly and robustly associated with democracy support.

The ongoing Donbas war—in which about 70 percent of Ukrainians in 2017 justifiably saw Russia as the principal aggressor—appears to clarify and raise the stakes for the choice between the democratic West and nondemocratic Russia. In fact, the perception of Russia as the aggressor has been the single major underlying factor in both support for democracy and for joining the EU/NATO vs. the Eurasian Union in the UNASIS 2017 poll. In other words, support for democracy comes through as coterminous with defense of territorial integrity and national dignity, explaining stoicism in the midst of adversity.

The Matter of Regions

Yet, the results strongly suggest that regional views are regional only up to a point. This comes through in a case study[2] of Donbas under Kyiv’s control, where additional respondents were polled in 2017.

The analysis further suggests that public preferences within a region are hardly set in stone. The only two other significant predictors of democracy support within the Donbas are telling.

Focus groups that I conducted with UNASIS scholars in the Donbas—two in the town of Druzhkivka and two in the city of Mariupol in May 2017—also revealed that living in proximity to the war zone was not translating systematically into support for authoritarian governance.

Persistent support for democratic values and institutions and Western orientation is testimony to a unique combination of geopolitical and societal conditions that have shaped responses to the Donbas war. It is still a hard act to pull through. In policy terms, it points to the importance of a coordinated multipronged strategy, if Ukraine is to develop and improve its democratic governance. It has to defy the venerable Chinese strategist, Sun Tzu, who concluded that it is impossible to build a state and fight a war at the same time. Ukraine needs utmost external support—military and diplomatic—to hold the line and contain Russian expansionism to minimize shocks to the system. It also needs to sustain all basic democracy components beyond ensuring free and fair elections—particularly those that deal with checks and balances. And a significantly stronger effort needs to be invested in public education promoting understanding of the strength and weaknesses of democratic governance. This is, in fact, something that one of the Druzhkivka focus group participants passionately asked for—and there, in that plea, one would find major opportunities for partnerships including Ukrainian government agencies and civil society, domestic and international. This can also be a productive issue area for enhancing practical integration of Ukraine with the EU.

[1] The author has access to the original UNASIS survey datasets (for 2016, 2017, and 2018). Subsequent data presented throughout the memo is based on those.

[2] My addendum to that year’s UNASIS survey (making for a subsample of 565 respondents).

Russia Misjudged and Seeks to Restrain the Revolution in Armenia 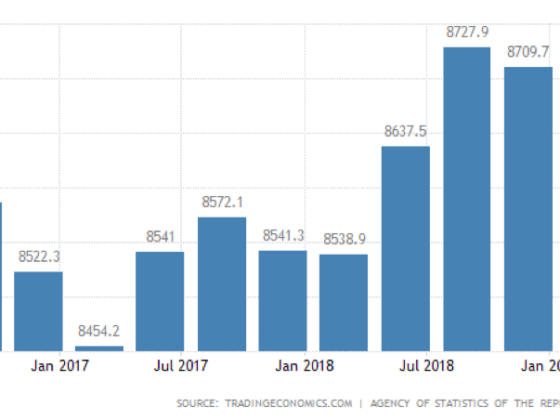