Last year was a decisive one for Russia. It graciously hosted the Olympic Games only to swiftly annex Crimea and directly intervene in eastern Ukraine. In short order, the friendly Olympic bear became a wild grizzly.

Despite sanctions and the drop of oil prices, Russia continues to aggravate the conflict in Ukraine. Why? Here are the main reasons – ideological, geopolitical, and military-industrial – that make the struggle over Ukraine so important for Russia.

Ukraine as a Mirror and an Appendage

Most obviously, Ukraine is quite close to Russia in political, cultural, and ideological terms. Everything that happens in Ukraine, therefore, is readily projected onto Russia. That is why the Kremlin views a pro-Western, democratic Ukraine as a potential threat to itself.

But there are more layers to it than that. Within Russia, there has always been the sense that Russia and Ukraine were not two separate nations but one, divided through the “mistake” of Ukrainian independence. The political origins of the Russian state lie with the so-called “sobiraniye zemel” (“gathering of lands”), a process based on the conquest of neighboring territories, with the enlarged state held together by a strong central authority. This strategy successfully transformed the weak Muscovy principality into the Russian empire, which then found its place in the Concert of Europe. Russia’s greatness further grew during the Soviet period.

That said, the creation of the original Russian empire was closely preceded by the absorption of Ukraine as an inalienable part of Russia’s “Malorossiya” (“little Russia”). The treaties of 1654-1668 made Ukraine an integral part of Muscovy and laid the foundation for the strong Russian empire of the 1700s.

The concept of the so-called “Russkiy mir” (“Russian world”) is rooted in the idea that “one nation” exists on Russian, Ukrainian, and Belarusian lands. Ukraine’s drift toward the West thus not only threatens the core of Moscow’s imperial aspirations but also signifies the subduing of Russia’s original lands to rival powers.

Russian strategic culture is based on two qualities: a deep feeling of insecurity and great power projection. Ukraine plays significant roles in both of these.

Despite the fact that Russian territory is enormous, the strategic depth of its European part is not. Russia has regularly been attacked or invaded by different enemies (Tatars, Poles, French, Germans) and often from the west. Russia thus seeks buffer states, not only from tanks but from NATO. One of the greatest dangers defined by Moscow today is the deployment of NATO troops (and ballistic missile defenses) on the territory of Ukraine, which would reduce Russian strategic depth.

Thus, the Kremlin portrays events in Ukraine not as a national movement within a sovereign state, but as a battle between East and West: the United States vs. Russia, with Russia the keeper of “traditional human values” and the UN-based international system. In such a manner, the events in Ukraine also fit perfectly into Moscow’s self-branding as The Third Rome, which must protect the world from the metaphysical Antichrist, today represented by the West with its “decline of morality” and refusal to respect traditional spheres of influence. So to Moscow, the “liberal West” fights arm-in-arm with “neo-Nazi” Ukrainians, who are really little more than American tools. Russian presidential advisor Sergey Glazyev has insisted that the United States will threaten Russia openly in just a few years, and so Russia should be prepared militarily, socially, economically, and technologically, and in a conservative-based coalition, to stop this aggression.

After the breakup of the Soviet Union, the Russian military industry lost the main source of its ICBM production line, as Soviet missile construction and development facilities were based in Ukraine’s Dnipropetrovsk, Pavlograd, and Kharkiv.

Russia has had to restore its own missile industry (on the basis of the Votkinsky machine-building plant), a process that has taken considerable time and money. Today, about 50 percent of Russia’s land-based ICBMs (which make up more than 80 percent of all Russia’s deployed strategic nuclear forces) remain connected to Ukraine-based industries (which produce the SS-18 “Satan,” SS-19 “Stiletto” navigation systems, and Topol-M targeting systems).[1]

Today, the Russian-Ukrainian conflict has stopped all cooperation based on service contracts across the Russian-Ukrainian border. Moscow has said it will transfer ICBM maintenance responsibilities to Russian companies, but this can be a big headache, including the risk of ineffectiveness, loss, and damage. There is also the risk that Ukrainian industries could start selling technological secrets to the West.

Russia has long regarded Ukraine as indispensable for ideological, geopolitical, and technological reasons. It is the most important sphere of Russian interests outside its own borders, and one which Moscow is prepared to defend through force of arms and considerable sacrifice.

This post is based on extracts from the report “Ukraine and its neighbourhood – How to deal with aggressive Russia,” NATO Defense College, Rome (forthcoming). 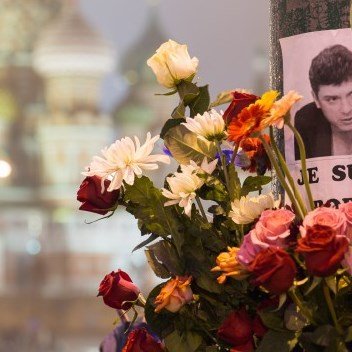