(Carnegie Forum on Rebuilding U.S.-Russia Relations) The ongoing crisis between Russia and Ukraine has attracted extensive news coverage and political commentary in the United States. Reading the commentary, one often gets the impression that Russia has gone much further than other countries in flouting international norms. No doubt, the cynical brutality of Russian President Vladimir Putin can be infuriating, but the notion that Russia has been behaving in ways that other great powers normally eschew is not borne out by a perusal of the academic literature on international relations and the history of revolutions.

Far from being an anomalous event, Russia’s coercive military pressure on Ukraine in the aftermath of the Maidan revolution is typical of the way great powers, including the United States, have behaved in the past. Russia’s actions are also typical of the way leaders in Moscow have been treating neighboring countries from the time the Soviet Union broke apart. Even though Western governments tacitly accepted Russia’s imperiousness vis-à-vis the Commonwealth of Independent States (CIS) before 2014—the Russian-Georgian war of August 2008 was a notable exception—Moscow’s domineering behavior toward Ukraine and other CIS countries began long before 2014.

No doubt, the cynical brutality of Russian President Vladimir Putin can be infuriating, but the notion that Russia has been behaving in ways that other great powers normally eschew is not borne out by a perusal of the academic literature on international relations and the history of revolutions.

Overall, one can see the current Russian-Ukrainian conflict as an example of enduring patterns of behavior in the international system and in post-Soviet Russian foreign policy.

Scholars have long understood the reciprocal linkages between revolution and war. Revolutions by their nature are bound to have international political repercussions. A revolution is often followed, at least temporarily, by internal disarray and a “hollowing out” of certain state functions, including the maintenance of public order. A large external power, especially one with irredentist claims, may seek to take advantage of this period of vulnerability by intervening and carving off a disputed territory. Opportunistic intervention is what happened in 1918 when Imperial Germany sent troops into Soviet Russia just after the Bolsheviks came to power. The Germans used the opportunity to annex territory from Russia—acquisitions that were promptly reversed after Germany was defeated in the First World War. Saddam Hussein in 1980 tried to exploit the disarray and administrative weakness in Iran in the aftermath of the Islamic revolution. His hopes of seizing oil-producing regions in Iran were eventually thwarted, but not before he sparked a savage war that cost hundreds of thousands of lives.

Other motives for external great powers to respond to revolutions include a deep political hostility to revolutionary change. An authoritarian regime may fear that a revolutionary upheaval in a neighboring state will have a “demonstration effect” that could inspire people in the regime’s own society to rise up. The external power thus deems it essential to intervene against a revolution and undo its effects. This is the function that Tsarist Russia performed in Eastern Europe in the 19th century, and it is also the function that the Soviet Union performed in Eastern Europe from the 1950s through the 1980s, when Soviet troops acted several times to crush popular revolts against oppressive Communist regimes. Saudi Arabia has played the same role on the Arabian Peninsula, sending troops to protect Bahrain’s monarchy against revolutionary encroachments. Nor is the practice limited only to authoritarian great powers. Both before and during the Cold War, the United States often sought to prevent revolutionary upheavals and to undo them if they occurred, notably in Cuba, Central America, and Southeast Asia.

Under Putin, Russia has been a deeply counterrevolutionary power since at least 2004 (after the so-called Orange Revolution in Ukraine) and particularly since December 2011, when mass protests erupted in Moscow and some other Russian cities after fraud marred the parliamentary elections.

A counterrevolutionary dynamic has been crucial in shaping Russia’s response to the Maidan revolution in Ukraine. Under Putin, Russia has been a deeply counterrevolutionary power since at least 2004 (after the so-called Orange Revolution in Ukraine) and particularly since December 2011, when mass protests erupted in Moscow and some other Russian cities after fraud marred the parliamentary elections . Having initially been caught off guard, Putin successfully countered the protests in Russia, but the mere fact that unrest broke out at all—and that it quickly took on distinctly anti-Putin overtones—instilled in him a counterrevolutionary obsession, which, combined with his determination to remain in power indefinitely, has been the primary driver of almost everything he has done both at home and abroad since returning to the presidency in May 2012.

Putin’s counterrevolutionary posture reflects the way Russian politics has changed during his nearly 15 years in power. The Russian political system when he came into office was partly democratic, but during his tenure it has become increasingly ritualistic and authoritarian, and elections have been of very little importance because the results are controlled by the authorities and arranged in advance. The main thing Putin has feared since returning to the presidency in 2012 is a mass protest movement that could bring down his regime. The protests in Russia in December 2011 provoked a brief scare in the Kremlin, but Putin moved aggressively after early 2012 to ensure he would never again face such a challenge. Through a combination of selective prosecutions, vigorous crackdowns on attempted protests, and draconian laws and regulations, the Russian authorities ensured that would-be protesters would be stymied at every stage.

At a minimum, the Russian authorities wanted to use the opportunity to seize Crimea and to adopt measures that would destabilize and humiliate the new Ukrainian government, making clear to the Russian public the undesirability and high costs of mass upheavals.

Putin’s counterattack seemed to have achieved its results by late 2013, but then came the violent overthrow of Viktor Yanukovych in Ukraine. This unexpected event alarmed the Putin administration, raising fears that the Ukrainian revolution might inspire forces in Russia to think about doing the same. Putin and his aides were convinced that Western countries were behind the unrest in Ukraine and were using it as a staging ground for a move to undermine Putin’s regime in Russia. After Yanukovych’s ouster, Putin responded with flamboyantly xenophobic anti-Western rhetoric and policies, coupled with further steps to curtail opposition and prevent any opportunity for mass protest. With regard to Ukraine, Russian policy became a combination of external predation and counterrevolution. At a minimum, the Russian authorities wanted to use the opportunity to seize Crimea and to adopt measures that would destabilize and humiliate the new Ukrainian government, making clear to the Russian public the undesirability and high costs of mass upheavals.

Viewed from this perspective, Russia’s response to the revolution in Ukraine is not at all unusual. Russian policy fits a long-established pattern of great-power responses to unwanted change in neighboring states.

Russia’s policy toward Ukraine in 2014 has also been in keeping with the long-standing pattern of Russian interactions with other CIS countries. Under both Boris Yeltsin and Putin, Russia has bullied, intimidated, destabilized, violated the sovereignty of, and intervened in neighboring CIS countries, especially Georgia, Moldova, Tajikistan, Ukraine, and Kyrgyzstan, whenever these countries have been led by rulers the Russian authorities have disliked.

As soon as the Soviet Union broke apart, the Russian government sponsored armed separatist movements in Georgia’s regions of South Ossetia (1992) and Abkhazia (1993), enabling them to break away and establish de facto independence. Afterward, thousands of Russian troops remained deployed in these regions to safeguard them against any potential attempts by the Georgian government to regain control.

In Moldova in 1992 the Russian government also deployed thousands of troops to help the Transnistrian region break away from the Moldovan government’s control. Russian troops have remained stationed in Transnistria to this day, despite repeated demands by the Moldovan government for the troops to be withdrawn. Russia also sent troops to Tajikistan in the early 1990s to sway the outcome of a civil war in Moscow’s favor, and Russian forces continue to exert disproportionate influence there even now.

Under both Yeltsin and Putin, Russia has supported the entrenchment of authoritarian regimes in neighboring states and opposed upheavals and popular unrest directed against authoritarian rulers. In the same way that Putin strongly backed the decision in May 2005 by the Uzbek leader, Islam Karimov, to employ ruthless violence against a rebellion, so too the Russian authorities will do their best to oppose the emergence and consolidation of a genuinely democratic government in Ukraine.

Even Russia’s annexation of Crimea in March 2014, though undertaken heavy-handedly, was not a true departure in Russian policy. The roots of the move dated back more than 20 years. Crimea had a popularly-backed separatist movement in the early 1990s, and its leader, Yuri Meshkov, won a landslide victory in a free election in Crimea’s presidential election in early 1994. Yeltsin’s government actively supported Meshkov, and the only thing that brought an end to Russia’s backing for him was the victory of Leonid Kuchma in Ukraine’s presidential election in July 1994. Kuchma was a leader Yeltsin liked and wanted to help. Hence, the Russian authorities stopped supporting and inciting the Crimean separatist movement, and Kuchma steadily clamped down on Meshkov, eventually expelling him to Russia in March 1995. That expulsion put an end to the separatist movement in Crimea for nearly 20 years. If Kuchma’s opponent in the July 1994 Ukrainian presidential election, Leonid Kravchuk, had won, the Russian government almost certainly would have continued to back Meshkov, who had indicated he would seek the incorporation of Crimea into Russia. Yeltsin might well have done in the mid-1990s what Putin did in March 2014.

In part for that reason, we need to keep some perspective about Russia’s external behavior in the confrontation with Ukraine. Having consistently gotten away with mistreating and violating the sovereignty of neighboring states from 1992 on, the Russian authorities feel free to enjoy what then-President Dmitri Medvedev in August 2008 called a “zone of interest” in the CIS, a de facto backyard.

The Russian government’s coercive measures against Ukraine in 2014 have contravened many norms of international law, but these measures have been characteristic of the way other great powers have responded in analogous situations. One of the enduring features of international relations is that some states are more equal than others. Great powers stand a much better chance of committing transgressions with impunity. That is precisely what has happened with Russia in its dealings with CIS countries from 1992 until this year. The adverse international response to Russia’s actions vis-à-vis Ukraine in 2014 may shake Russian leaders’ sense of impunity, but will undoubtedly not eliminate it altogether. 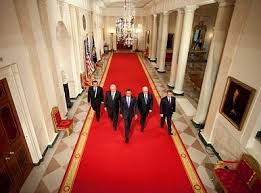 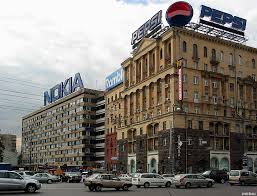 A Tale of Two Russian Narratives