(Foreign Policy) (Co-author: Scott Radnitz) — The Chinese government thinks it can thwart unrest among ethnic minorities by raising their incomes. But prosperity doesn't buy loyalty. — On Oct. 28, a car crashed in Beijing's Tiananmen Square, killing two innocent bystanders and injuring about 40 others. The incident appears to have been an act of terrorism, albeit quite an unsophisticated one, perpetrated by ethnic Uighurs, a Turkic Muslim population mostly living in China's Xinjiang Uighur Autonomous Region (XUAR). This is the first time in recent history that Uighurs have engaged in political violence outside the XUAR. The incident seems to be a product of the substantially escalating tension between Uighurs and the Chinese state.

The Uighurs view the XUAR as their homeland, an assertion that has long fueled tensions between them and the Chinese state. This tension has been on the rise over the last twenty years as the People's Republic of China rolled out controversial policies that emphasize integrating Uighurs into the Chinese state. (In the photo above, Uighurs living in Turkey burn a Chinese flag to commemorate the July 5 incident.) The government has used heavy-handed measures to impose this integration (sticks), but it has placed its largest bets on the hope that rising prosperity will encourage loyalty among Uighurs (carrots). Unfortunately, China is guided by an outdated development strategy, and it's only generating more instability.

China's most controversial integration measures suppress the Uighur culture and violate the group's human rights. Since the mid-1990s, the Chinese state has pursued policies that limit the Uighurs' ability to freely practice Islam and prevent all forms of political organization and expression in the XUAR. This has led to hundreds of arrests on political charges of "illegal religious activity," "separatism," and "terrorism," scores of which have ended in executions. More recently, the Chinese government has adopted education policies that force all students to study in Mandarin Chinese while limiting access to education in the Uighur language and reducing the publication and broadcasting of materials in Uighur. […] 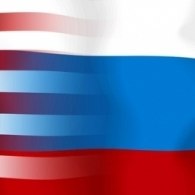 Policy Memo: A Fork in the Road? Ukraine between EU Association and the Eurasian Customs Union